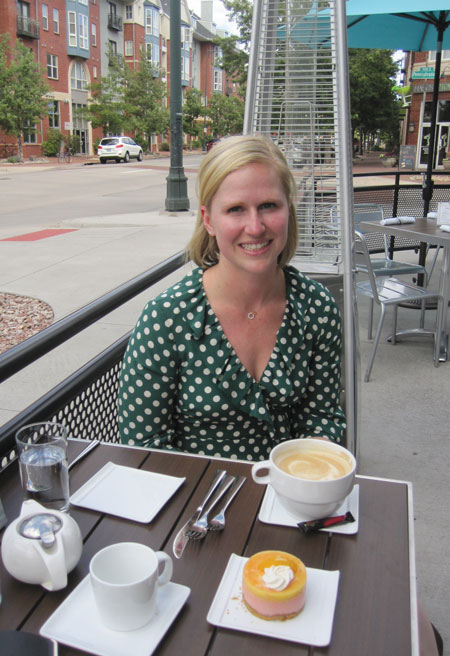 The Docket recently sat down with Maureen (“Mo”) Watson, an associate attorney with Fennemore Craig, P.C., to discuss her ambitions as Chair of the Denver Bar Association’s Young Lawyers Division.

For Mo Watson, a seasoned litigator and self-motivated graduate of the University of Denver Sturm College of Law, a caffeine-structured escape to D Bar Denver — the aptly-named Top-of-the-Town café — was just what she craved on a Wednesday afternoon bookended with meetings. Sunshine glinted off the cranes surrounding the Colorado and Denver Bar Associations’ offices, as if to set the scene for a discussion highlighting an analogous version of welding the old progress with the new. With the air of a humble philosopher who knows how to steer an organization through tumultuous times, Watson took a sip of a latte sized in proportion to her grandiose ambitions and detailed her vision for building a bridge between generations.

Watson is the first to admit that the notion of “the lost generation” is not some outlandish piece of fiction. As she sees it, the fissure between generations in the legal profession is a call to immediate action — and that is coming from someone who has successfully defended hospitals, physicians, nurses and lawyers in civil actions and before regulatory organizations at the state and federal levels. “The challenges of transitioning into the practice of law have perhaps never been so great,” she said. For Watson and so many others, the antiquated formula for making one’s way in the world is facing significant change: “You used to be able to graduate from law school, be recruited and then be trained in practice.” Although Watson notes that some firms still dedicate substantial resources to training new attorneys, a growing number of firms have reduced training initiatives and cut back on hiring new graduates. The competitive market has forced many young attorneys out of the conventional law firm market and directly into solo practice or non-traditional careers. As a result, a growing number of new lawyers are left to fend for themselves as they combat the pressures of staggering student debt, an increasingly discerning client base, a shift in the delivery of traditional legal services and increased competition from the growing number of law school graduates. These are tough times indeed for those in the privileged role of being able to affect change by way of the law.

Despite the cloud of negativity that threatens to leave at least one generation in the ever-widening gap between education and gainful employment, Watson remains optimistic. She sees the Bar as having the unique power to provide the next generation of lawyers with the “natural” mentorship they require so that, as she puts it, “the profession can remain a profession, even in a context of rapid change.” Some of the most popular events that the DBA-YLD hosts are Barristers After Hours and court orientation days. Still, she feels that there is much more work to be done and hints at the fact that additional practice area previews and skills building events are on the horizon.

Given Watson’s propensity for strategic thinking and flair for putting two and two together (beyond naming her dog Atticus), it is no surprise that Denver Bar Association President Janet Drake invited her to be a key player in the DBA’s strategic planning agenda. As Watson describes her involvement, “It has been great to have peers that are doing the same thing that you’re doing.”

Still speaking of strategy under sunny skies, Mo Watson went on to offer some timeless advice to young lawyers, wherever their career paths may lead them: “The most important part of networking is the follow-up. It’s what you do after you connect with someone that counts.” And as to the question of asking questions, Watson is equally emphatic: “Be persistent; don’t ever be afraid to ask for advice.” Perhaps that is, after all, a simple solution to many of the conundrums facing professionalism today. D 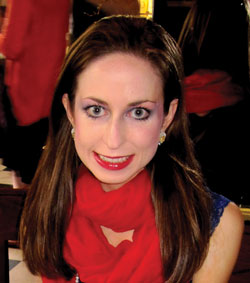 Jessica A. Volz is a Communications and Marketing Specialist for the Colorado and Denver Bar Associations, as well as the Editor of The Docket. She holds a Ph.D. in English/Strategic Communications from the University of St. Andrews and a B.A./M.A. in European Studies and Journalism from Boston University. She can be reached at jvolz@cobar.org.