Editor’s note: We asked four 1L law students—two from Colorado Law and two from Denver Law—to submit articles for our new column, “Law Student Chronicles,” twice per year for five years. We will follow them through their educational journey, as well as join them as they venture out into the legal field.

This has been an exciting summer for me! I took my first job as a legal assistant at the Pearsall Law Firm and I traveled around Israel (not the best timing, I know). Now, I am preparing to enter the 2L year as a student–lawyer to a criminal immigration clinic, a teaching assistant, and an excited new member of Colorado Law Review!

For the longest time, I wracked my brain trying to figure out which of these experiences should be the focus of this article.

But it dawned on me that, as unrelated as these experiences seem, I learned something over the summer that ties them all together like a strand of rope.

From the painfully ongoing Israel–Palestinian conflict to the solitary cite checking that will in large part define the rest of my law school career, each of these experiences puts incredible stress on the value of the human connection.

At Pearsall Law, I saw firsthand the importance of establishing a human connection to success in the legal profession. This was a subtle lesson that I am only now beginning to appreciate, but it is an incredibly important one that classwork, and even mock trial work, tends to overlook. From what I have seen, even the unusually social environment of mock trials today seems to put an urgent focus on legal reasoning. This focus has a tendency to leave the human element of lawyering in the dust. Success in a mock courtroom, like success in the classroom, is very often compared with success on a chess set, where there is only room for pure logic and rationality.

But, this summer taught me that logic and rationality are not enough in a real courtroom or law practice, where non-lawyers are an integral part of the structure.

I am far from the first to observe the unfortunate reality that the attorney–client relationship is ignored in law school curricular and extra-curricular activities. One might even forget that the legal profession is a service profession, and that non-lawyers are who we serve. Most legal work begins and ends with a non-lawyer, whose trust we cannot take for granted.

Perhaps this is obvious to others, but I only began to appreciate the title “attorney and counselor at law” after watching my sister, who manages Pearsall Law, explain developments in the case to her client in a way that connected them—not only as clients, but as worried human beings. Regardless of whether they won or lost, they felt the human connection and often came back or referred family and friends to the firm. I am familiar with “sympathy fatigue” in the medical profession, but malpractice for lawyers rarely leads to a client’s death. Instead, a bit of sympathy can breathe life into an otherwise mundane case.

“Communication” comes from the Latin root communicare, meaning “to share.” It can be so tempting to reduce the sharing aspect of communication to sharing information. But the truth is, communication should impart an emotional undertone of empathy at least as much as it should impart cold information. Putting “we care” on a flier or billboard means little if a lawyer struggles with putting that into his or her tone. But when clients feel looked after, they tend to come back if they are ever in need of legal services or refer family and friends—even if they ultimately lost the case.

Professor Violeta Chapin, of CU’s Criminal and Immigration Defense Clinic, recounted to us a story about a former student who visited the Boulder jail with a spring in his step and a carefully worded series of questions on a clipboard. His client had just suffered some kind of mental breakdown and had been restrained in a suicide-prevention vest. When he saw his client, distraught and on the ground, his first instinct was to introduce himself as her new lawyer, then loudly go through the questionnaire. A far better way of getting the answers he needed was to set the clipboard aside, kneel down, and just talk. Clipboards and briefcases often symbolize the legal profession, but we need not limit ourselves to them. Sometimes we have to lower that clipboard, or even set it aside entirely. 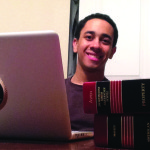