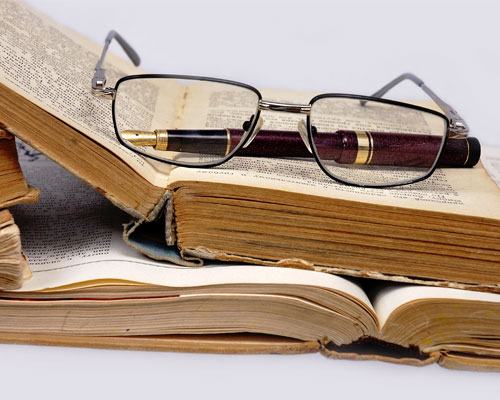 When I was applying to law school, I visited a school in the Pacific Northwest. I stayed at an inexpensive little hotel with a full breakfast bar, which included a waffle maker. One morning after my three-mile stress run (made slightly easier by lower elevation and the desperate need to think about anything but my looming career path), I passed the breakfast bar’s waffle maker. It was overflowing and not in a normal way. Waffle mix seeped from the maker, down the counter and congealed, soaking the cheap blue carpeting. It was a morning waffle catastrophe. I looked desperately around for a tower of napkins or a hotel staff member. Anyone with authority to deal with this problem. Instead, a well-built man about my age already dressed in a full suit came up to the waffle volcano, looked at me sheepishly, and smiled an enormous, charmingly self-aware grin.
“I’m going to be a lawyer,” he said.
I’ve worked hard and failed to develop the easy privileged aura of self-deprecatory pride in my three years at school. Maybe it’s a character trait limited to a small–admittedly over-represented in law schools – segment of the American population. For most of the rest of us, and probably some of them, it’s imposter syndrome all the way.

Numerous specialists and lawyers have written about imposter syndrome. Basically, it’s a trait associated with high-achieving, highly-motivated people. Imposter syndrome is an often-irrational fear that we are not as smart as everyone around us seems to think. If you’ve spoken to someone you admire for their achievements for any length of time, odds are they’ve eventually disclosed (perhaps after the third martini) their fear that they have lucked into every opportunity presented to them. They fear letting everyone down one day because luck will fail them at a crucial moment. They worry constantly that no one listens to the important part of their story—the mentor who took a chance on an unlikely student. The career-making case that could’ve happened to anyone. Sound familiar?
I ended up at the University of Denver Sturm College of Law’s evening program. I told myself I wanted to work in the industry where I would end up while learning the law. I knew many people would come to law school with all-important experience. Political Science majors or high school speech and debate champions. Confident men and women who knew they were on the path for which they were designed. Maybe paralegals who wanted a career upgrade. I was an English major who graduated summa cum laude. I wanted to read and write forever and make a difference to a few people. I had what I thought was a noble goal and a mind trained for absorbing complicated text. I had a little experience with law firms and wanted more. I needed to catch up before everyone saw I didn’t belong.

Law is a demanding field filled with difficult personalities, as anyone who has spent more than a week in the industry knows. I worked at one firm for a little over a year learning about personal injury, then transferred to a commercial real estate and business law firm. That didn’t work out. Meanwhile, I was doing reasonably well in school (not receiving as many A’s as I’d like, but who does?). I was learning but I didn’t feel like I was retaining anything. Then my legal day job ended and I felt like a rug had been pulled out from under me. To avoid falling flat on my face financially, I talked to anyone who would listen, sent out dozens of resumes, and eventually took a job in an industry where I had zero experience: food service.
If I thought it was hard feeling like a future lawyer among amazing legal minds or in a cheap hotel for a campus tour, I had no idea what it would be like in a restaurant. To be fair, I’m not afraid that my coworkers are higher on the curve than I am or know more about law than I do. However, I don’t feel like I’m going to be a lawyer. I feel like one day, I will be a server and until that day, I will crack pepper over soup and salad with a grateful smile. Because I am grateful for the opportunity to work hard and brighten people’s days. I am grateful to turn my legal mind off. I am grateful that the worst thing that can happen is a guest will ask to speak with a manager. I am simultaneously afraid that my lucky breaks ran out and that I will be unable to stumble onto an undeservedly successful career path again.

During my undergraduate studies, I took a Symbolic Logic course. The professor taught us basic symbolic logic and predicate calculus (challenging for a woman who has always considered herself allergic to mathematics). Once, he explained the Sorites Paradox, which I remember as the heap of sand problem. The paradox identifies the definition problem of a heap of sand. One grain of sand is not a heap. Two grains of sand are not a heap. Three grains of sand are not a heap. Logically, it seems that no amount of sand makes a heap, but this is a false conclusion. Becoming a lawyer is similar to the heap of sand. I do not feel like a lawyer because I did well in a law class during my undergraduate studies and am currently doing well in law school.

It’s hard to feel like a future lawyer when working in a restaurant or overflowing the waffle maker. It’s hard to feel like you belong somewhere that high intelligence and strong grasps of deductive reasoning are commonplace, particularly when you feel like an imposter everywhere. Maybe it’s the Sorites Paradox — you feel like an imposter gathering grains of sand until someday, you realize you have a heap and your brain recovers from the cognitive dissonance. What’s beautiful about a heap of sand is that it is also individual grains — clumped and gathered but still distinct. Every lawyer and law student’s path can be read this way: simultaneously an imposter going through the motions and a capable future attorney doing what needs to be done to help people. The important part, I’ve found, is to keep gathering grains of sand as a talisman against imposter syndrome. Because maybe one day, the anxiety will be buried or, better yet, resolved. 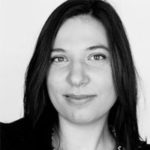 Maria Zalessky is currently a 3L at the University of Denver Sturm College of Law. When she is not in school or studying, Maria interns at Metro Volunteer Lawyers, works at the Ved Nanda Center for International and Comparative Law, and runs food at a restaurant on 16th street in Downtown Denver. Maria has helped people in Russian and English at various firms and practice areas throughout law school including workers’ compensation, personal injury, and commercial real estate transactions.