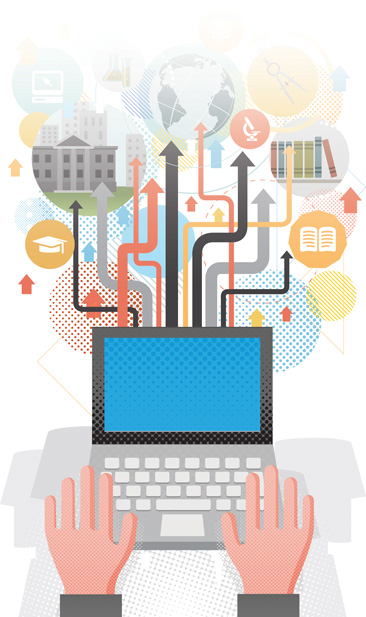 When the news hit the Denver legal community that a law school was opening in town in fall 2015—The Auraria School of Law— there was much discussion about how the new kid on the block would differentiate itself from its more established competitors at CU and DU. Then, the syllabus and some reading materials for the Class of 2018’s One Ls was released and vive le difference! To wit:

“Elder Law for the Not Yet Elderly” by Max Brod. Brod, the elder statesman of the nation’s elder law specialists, and quite elderly now himself, chimes in with the latest of his volumes on wills, trusts, tax issues, government mandated suicide, death panels and ED drugs.

“Avatars and Attorney Regulation,” by Julie Wohryzek. The first work published in the U.S. that deals with ghost-written blogs, computer simulations, and a lawyer’s responsibility for their actions. Wohryzek will be teaching the course via Skype from her apartment in Berlin, where she is enjoying a sabbatical from her online course load at The American University in Tripoli.

“The Lawyer as Hunger Artist.” Breon Mitchell’s new work takes an in-depth and palpably depressing look at a society with too many young lawyers owing too much law school debt-and the rash of starvation deaths by “underemployed” newly minted lawyers. Mitchell himself died after the e-book version was panned on Amazon.

“The Metamorphosis,” by Franz Kafka. Just because. He was a lawyer, you know.

“E-Filing for Lawyers without Computers.” Willa Muir’s new book is the latest salvo by one of the law community’s more notable Luddites. Ensconsed in her cozy cabin in rural Maine, Prof. Muir has been granted permission by seven federal circuits and the Portland, Maine City Counsel to hand-file her hand-written (and often calligraphically brilliant) briefs. A prerequisite is Prof. Bauer’s book noted above.

“The Merchant of Denver.” Arthur Wensinger’s dazzling tell-all of his litigation wars with many of Denver’s best known billionaires. No one hangs out someone else’s dirty laundry quite like Wensinger. Wensinger doubles as the Dean of the new school, a position he won after suing the founders of the school in federal court. Awarded one dollar and the job, Wensinger proudly hangs the dollar over his massive desk like an Alexander Calder mobile.

“Law Clerking in the 21st Century” by Marte Robert, former law clerk to the Honorable Antonin Scalia and presently owner of a popular bakery in the Williamsburg section of Brooklyn. Recipes included! According to Ms. Robert, nothing says hire me—and not the other 17,000 schmucks who applied—for this clerkship like…cupcakes!

“Navigating the Ever Turbulent Waters of Colorado’s Marijuana Laws” by Dora Diamont. This well-written, if cautious, attempt at helping lawyers cash in on the weed bubble without ending up in a federal prison cell with a violent, white-supremacist known on the yard as Tattoo Tommy Trocci—a man given to sleep-beating—is ripped straight from today’s headlines. A required text for all One Ls.

“The Trial,” by Nahum Glatzer. From alpha-to-omega, Glatzer guides his readers through every conceivable aspect of the litigation process. Glazter himself never ever tried a case, but he graduated with honors from Harvard Law so nothing else really matters. Already a best seller on Amazon due to people confusing it with the Kafka masterpiece.

Quite the syllabus, eh? Another first at AsoL is that students pay by the minute. Payment is, of course, accepted in Bitcoins. 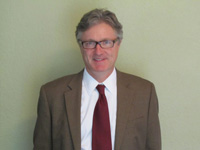 By Greg D. Rawlings, who is a Leo, his favorite color is Kentucky Wildcat blue, and he practices criminal law in the Denver metro area.