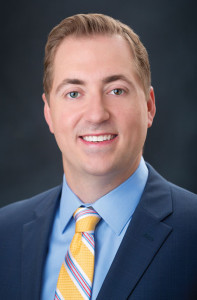 Readers might recall that over the course of the past year, The Docket sought out the DBA members boasting the coolest gigs that they do when they are not practicing law. The results are in: It turns out that DBA members are even cooler than we expected! From firefighters to musicians and podcasters, Colorado lawyers are certain to inspire others to nurture their own passions and hobbies, even if they only have nights and weekends to devote to them.

This month, The Docket sat down with Trevor Crow, a Denver attorney and creator of “The Colorado Entrepreneur Show,” an up-and-coming podcast focused on Colorado startups. Crow is a rising transactional star at one of Colorado’s largest land use transactional firms, Otten Johnson. After earning a business degree at CU Boulder, and completing a J.D. and Tax LL.M. at DU, Crow joined Otten Johnson, where he continues to work on a variety of business and real estate transactions.

After spending a few years advising Colorado businesses, Crow become interested in Colorado’s burgeoning startup scene. Colorado’s entrepreneurs do not garner the same media coverage as their counterparts in the Silicon Valley or New York. In this comparative void, Crow saw an opportunity. “The Colorado Entrepreneur Show” launched its first podcast in January 2014. Crow jokes that it had an audience comprised of “mainly my parents.” However, the subsequent growth of “The Colorado Entrepreneur Show” has been no joking matter. While interviewing some of Colorado’s most intrepid and intriguing entrepreneurs, the podcaster has amassed a following that now numbers in the thousands.

“The Colorado Entrepreneur Show” aims to provide “inspiration to entrepreneurs along their journey or to ‘wantrepreneurs’ who need a little nudge to take the leap.” During each of the nearly 50 episodes released so far, Crow interviews a Colorado entrepreneur about the breakthroughs and challenges facing today’s startups. The theme of the show tends to be light-hearted; it centers on inspiration and how to learn from those who came before us. The podcast is a far cry from an economics lecture; it is more comparable to friends and colleagues sharing war stories over a beer.

Crow is actively involved in several groups that promote Colorado entrepreneurs, such as New Tech Denver and Built in Colorado. Rockies Venture Club is another group connecting investors with new business owners in Colorado. Despite this group’s success, Crow suspects that an overall lack of venture capital funding and angel investors in Colorado is holding back the Centennial State compared to the Silicon Valley and East Coast startup scenes.

Even with Crow’s advanced training in business and law, he admits that he has become enlightened while learning about the day-to-day frustrations of business owners. Issues like how to best incentivize and compensate employees, how to raise capital and how to handle administration issues are repetitive concerns among many business leaders. Crow believes he has gained insight through his interviews with nearly 50 Colorado entrepreneurs in the trenches of innovation. He reminds us that we can transfer the skills we have developed as attorneys and apply them to our passions, whether as an alternative career or simply a cool side gig. D

“The Colorado Entrepreneur Show” is a web-based podcast that can be found at thecoeshow.com.
More information about its host, Trevor Crow, can be found at ottenjohnson.com/people/attorneys/crow-trevor.

Keith Lewis is a trial and appellate litigation attorney based in Denver. He can be reached at keith@lewislawdenver.com.