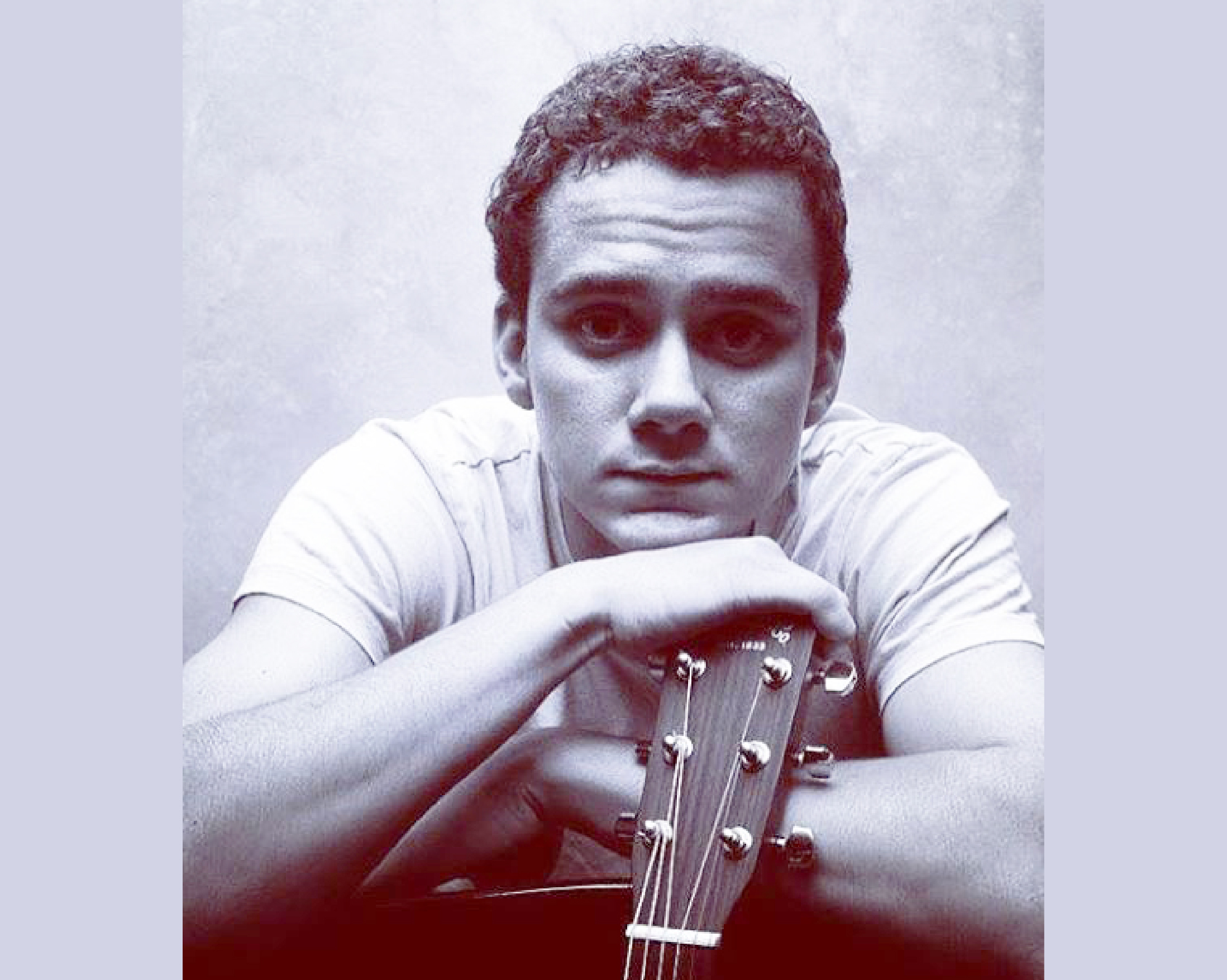 lickers of errant neon reveal the otherwise unassuming Colfax entrance to Bar Red. The joint is so inconspicuous that you could walk right past it if you do not pay close enough attention; and, even if you happen to catch the entrance courtesy of a flood of headlights, its indecorous neighbor might give you pause. But once you cross its threshold, the whirring of Denver traffic fades and gives way to soothing melodies at the hands of Stephen Woolsey.

To walk into Bar Red during one of his shows feels like walking into a frozen frame of silhouettes. Sure, the bar patrons are undoubtedly engaging in idle chatter, presumably ambling about the cozy room. Yet, tucked in a corner, on a stool, under the glow of hazy spotlight, Woolsey’s soft, stoic presence captivates and his artful manipulation of his guitar enchants such that all other ado suddenly dims.

Woolsey, a singer/songwriter and guitarist, is also a second year associate at Miller & Steiert, P.C. His practice focuses on appeals, employment law,and commercial litigation. He acknowledges that his decision to go to law school was one he embraced later in his life, but once he realized the interplay between music and the law, the decision was an easy one.

Part of his attraction to being an attorney was his recognition that his strengths in music could translate well into the practice of law. He explains that, “Being a songwriter is one of my favorite parts of being a musician and while songwriting and legal writing are quite different, depending on how you approach songwriting, it can still translate pretty strongly in the sense that you are writing for an audience and you care how the audience reacts to what you write. So, you have them in mind when you’re coming up with words and trying to convey a point and you realize there are probably a million different ways to convey any one point. Some better than others. But you have to worry about style a lot more when you’re doing songwriting and I think you can use those same sort of brain muscles, if you will, for legal writing too.”

Lyrically, Woolsey’s songwriting sometimes imagines fictional characters; but for the most part, he relies on his own personal experiences or the experience of a close friend for inspiration. “The struggles of life — the blues were a huge influence on me,” he explains. Melodically, he performs acoustic soul heavily influenced by blues and folk. He grew up listening to the classic singer/songwriters, such as James Taylor, Eric Clapton and Paul Simon. More recently he has been influenced by Jackson Brown, John Mayer and Tom Petty. During college, he interned in Chicago with John Mayer’s record label. He recalls, “I knew the chance to see old school blues guys ripping it up on stage was a limited one, so I made a point to take advantage of it. I promised myself that I would never let being tired or lazy get in the way of seeing a show, so I saw music every night I could. I spent a lot time hanging out with old blues guys that were performing and picking their brain. I think one of the cool things about the blues is a lot of the people who play the blues when it first started are in their 70s, 80s, 90s now and they’re intent on the blues continuing as a music genre. So, they really care about young kids liking the blues and they will invest. My experience is they sort of took me under their wing and they invited me to open for them after seeing me play an open mic. We hung out all summer. It was an incredible, unexpected experience that had a huge impact on the music I write now and the way I perform.”

After college, Woolsey worked for five years before deciding to leave his band in New York and attend law school at the University of Denver Sturm College of Law. Moving across the country is a daunting task, so Woolsey decided to turn to his music as a way to embrace his new home and to meet new friends. He started playing at local concert venues around Denver and invited fellow law school classmates. He has been entertaining crowds across Denver ever since.

“I think one of my favorite things about performing is seeing how people react to your performance. If you play a song that everyone loves, you can make people really happy, make them dance. That’s a crazy — that interaction is crazy if you’re actually connecting with people you’re playing for. My favorite shows are the ones where people just came to listen to good music and check someone out they’ve never heard before. And, I like surprising people, if I can, with my original songs and my interpretations of covers.”

To check out an upcoming show, visit his website at reverbnation.com/stevewoolsey or follow him on Facebook at fb.me/woolsmusic. You can also find his last album, “For Mr. J,” on iTunes and Spotify. It was recorded with a full band in New York at a recording studio owned by Goo Goo Dolls bassist Robbie Takac. His newest songs and recordings, including a song he wrote about moving to Denver called “Rocky Mountain Gold,” are available on SoundCloud (m.soundcloud.com/woolswools) and YouTube. D