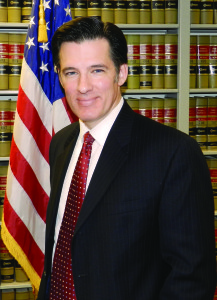 “I consider it a great privilege to be a prosecutor,”says Sean Moynihan, a Deputy District Attorney in Denver.

Moynihan particularly enjoys his time in the courtroom, where he gets to “perform” in front of juries. What many may not know is that Moynihan honed his performance skills as a well-known soap opera actor in the ’90s.

During college, Moynihan wanted a career where he could have fun, and he found that as an on-stage actor. His sister was on the production side of the entertainment business in New York City, which provided Moynihan the opportunity to meet people in the industry. After college, he enrolled in a two-year acting conservatory in Rhode Island.

With the support and enthusiasm of his family, Moynihan later moved to NYC, where he immersed himself in this career. While working as an actor at a theater festival, he sent a headshot résumé to soap operas for an “under-five” (a role with less than five lines of dialogue). Surprisingly, a popular soap opera at the time—“One Life to Live”—called him about a substantial role for a three-year storyline. He found an agent through a friend and signed on to be one of the soap opera world’s newest heartthrobs, Powell Lord.

That time period, roughly 1992 through 1994, brought Moynihan much fame among devoted viewers. He recalls that “during the show, people were shocked” when they would see him in ordinary places, such as subways and restaurants. 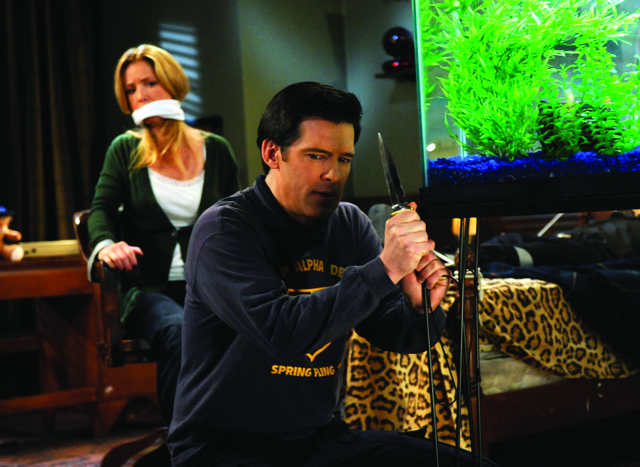 After his storyline and contract ended, Moynihan moved to Los Angeles in 1995, at the beginning of “pilot season.” He stayed for five years, and found some guest star roles in popular shows such as “Caroline in the City,” “Sliders,” and “Pacific Blue.” While he still enjoyed acting, he recalls, “I didn’t find anything steady. Around 1999, I felt burned out on the industry and LA and decided to leave, at least temporarily.”

Consequently, Moynihan moved to Denver. After much contemplation, he decided to attend law school for a steady and rewarding career. He also hoped that his experience in front of the public and on stage would prove helpful to his legal career.

While his soap opera days are over, Moynihan occasionally still gets recognized. He notes that “Generally, [being recognized] is pretty rare, but my friends at work like to mention that once, in a county court arraignment, a woman who had a traffic case was stunned to see me in the courtroom. Another time, in county court, I was checking in a defendant, and he said ‘I love you on the show.’”

An interesting twist came in 2009—fifteen years after he left “One Life to Live.” The head writer found Moynihan and his sister through Facebook and requested that he reprise his role for ten episodes. At first, Moynihan was reluctant. After the show’s persistence, he requested the time off from his supervisors, and they gave him their blessing for the temporary stint.

Although Moynihan misses aspects of his acting career, he is very happy practicing law. “I am a prosecutor,” he says. “It’s a very exciting career, and I feel lucky because I get to work with a lot of talented, dedicated people here at the DA. Being a prosecutor is one of the best jobs you can have as an attorney.”