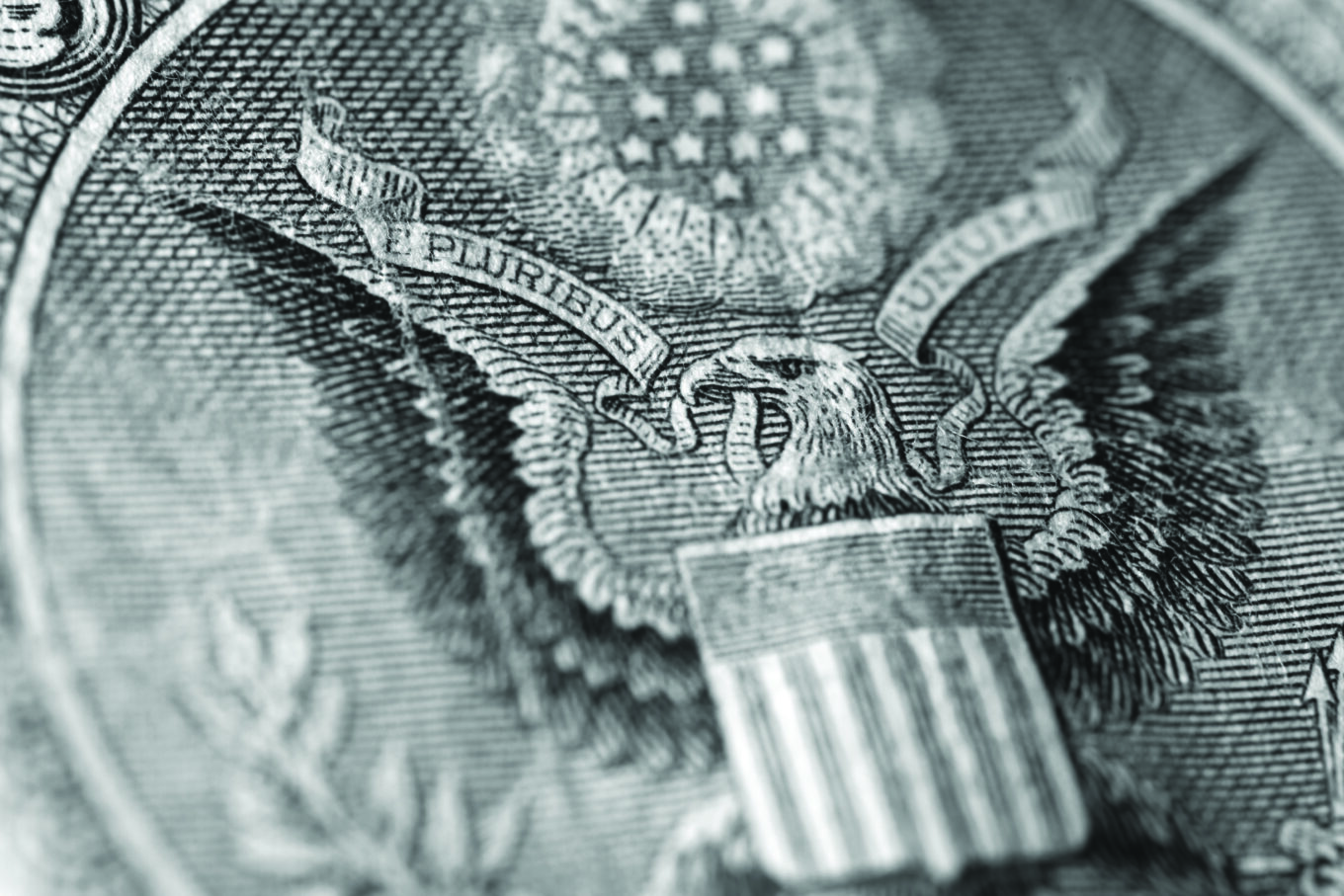 The image above is from our dollar bill. As we all emerge from our lockdowns, it may have been a while since you have handled paper money, so you might want to take some out and have a look. The part you see here is the Great Seal of the United States. Note the motto: E pluribus unum.

Out of many, one.

Sure, it is an aspirational motto, one to which we have not always lived up. But as a founding principle, it ain’t bad. Maybe it’s time we give it another try?

But can we? We seem more divided than ever before with forces on all sides trying to pull us even further apart. The 2020 elections and their tawdry aftermath, the national unrest, the ongoing political discord — we couldn’t even agree on how to combat a global pandemic, for crying out loud! It’s easy to lose hope of ever making our increasingly divergent many into anything approaching one.

Not me, by God. In the immortal words of John Blutarsky, “Was it over when the Germans bombed Pearl Harbor?”

Nope. Not me. I am not ready to wave the white flag. Sure, it may be true that we don’t agree on much of anything these days, whether politically or culturally, or even on ice cream flavors, but here is the secret the Founders understood (and that we need to rediscover) about the beauty and durability of e pluribus unum:

We don’t have to agree on everything to be able to get along with each other.

There. I said it.

If you’ve read to this point, thanks. But I know what you’re thinking. “How do you expect me to get along with my Trump-loving/Bernie Bro/pistachio ice cream-loving idiot brother-in-law/neighbor/guy in the next office?”

Well, if this is indeed what you’re thinking (or worse), then you’re exactly who I’m talking to here. Yes, you. Go back and read what I just said — you don’t have to agree to get along.

Here’s an example. I have a “friend” on social media. I’ve never met him in real life, much as I might like to someday. But we correspond online on a wide array of topics. He makes a good example of the principle I am describing, because we are really just talking about a fellow citizen of the Republic here, not a longtime friend.

We could not be more different politically. On a linear political spectrum, he sits way to my left. I’m way to his right. He is from the East. I’m from the West. He is an onion farmer and political activist in upstate New York. I am a lawyer and mediator in Colorado whose “farm” consists of a 4×6 raised bed in the backyard.

Online, we have spirited debates. We agree on almost nothing when it comes to politics, government, or what to do about the problems our modern republic faces. And I don’t even know his favorite ice cream flavor.

But we have also discovered that if we take ourselves off of that line on which our politics are measured, put ourselves instead into more of a 3D Venn diagram, and then load onto that matrix all of the other aspects of our lives (along with the politics), something curious and a bit magical becomes apparent: it turns out we have a lot of overlap.

We are both Americans. We both love our country. We are both often frustrated by our politicians and how they go about things. We both work very hard to support families that we love intensely, and we both try to thrive in our respective fields. We both wake up every morning looking for new ways to build our businesses and expand our horizons. We both read a lot of non-fiction and history. We both like to laugh at ourselves, at life, and at funny gags. We do not take ourselves too seriously.

And, perhaps most importantly, while we disagree vehemently, we do not allow disagreement, even intense, unreconciled disagreement, to get in the way of getting along. It takes a bit of discipline but if, in the course of those vigorous disagreements, we find ourselves on the verge of tipping over that edge into actual vituperation or disrespect, we instinctively dial it back a notch. We respect each others’ perspectives on things, even if we don’t agree with them. We don’t label each other or call each other stupid names. And we manage this even though we don’t know each other all that well.

It is as simple as that. But, as Ronald Reagan once observed, just because it is simple doesn’t mean it’s easy. Nor does it work universally with everyone at the macro level or in every case. It requires reciprocity. One-sided efforts to respect those we disagree with never work. The respect has to be mutual. It requires some baseline of cooperation, a bit of self-restraint, and a common purpose — to try to keep the Republic alive. If you’re the type that just wants to burn it down, or find it impossible to listen to people who don’t think like you do, this won’t work for you.

Fortunately, there are not many of the burn-it-down types out there, and what few there are seem to mostly occupy the cable news talk shows and the more lunatic fringes of Twitter. The rest of us reside here in the head-scratching center, away from the bright lights and shouting. It is a broad middle, whose linear boundaries are just shy of the extremes in either direction. This does not mean we don’t have strong feelings about things, of course. But it does mean we can still see the things we have in common.

The concept of getting along without agreeing will work for most of us out here. If you don’t believe me, try my 3D Venn diagram experiment on someone you know, with whom you have pronounced and unreconciled disagreements on civic or cultural issues. Then, look at the other non-political, non-cultural aspects of your lives and fit them into your Venn model. It may surprise you.

Just think how things might improve in our country if more of us approached each other this way. If we spent just a bit more effort listening to each other before formulating our next snarky attack. If we demanded that our politicians do the same rather than posturing uselessly before rushing to the cameras to denounce the other side.

We don’t all have to want to take long walks on the beach together to achieve e pluribus unum. We don’t even need to like each other all that much. All we need to do is accept that when it comes to politics and culture, sometimes our ideas will prevail, sometimes they won’t. Sometimes our candidate will win and sometimes they won’t. Sometimes bad ideas will even get enacted into law. But through it all, the Republic endures, if we want it to. As Abe Lincoln warned way back in 1838: “At what point then is the approach of danger to be expected? I answer, if it ever reach us, it must spring up amongst us. It cannot come from abroad. If destruction be our lot, we must ourselves be its author and finisher. As a nation of freemen, we must live through all time, or die by suicide.”

If we decide that we need to get along even when we disagree — maybe especially when we disagree — we’ll have a fighting chance. Even after our spirited disagreements, we still have to live in the same country together. If we all try this? Maybe, just maybe, we can manage another couple hundred years in our grand experiment in self-government.