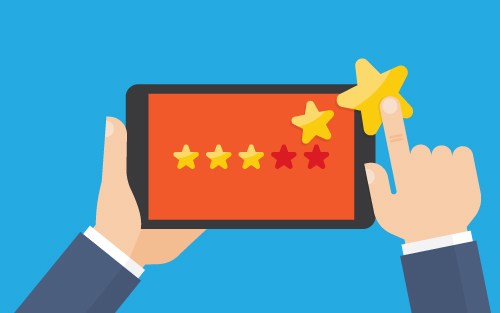 Approximately 10 years ago, Avvo launched its lawyer ranking system and legal information database. This has caused some dismay in the legal community. Many attorneys don’t like Avvo for a handful of reasons: They never signed up for Avvo, yet they’re on the site; the ranking system is spurious; Avvo salespeople keep calling; and it’s just another thing they have to keep up with. These are just some of the complaints I’ve heard. Avvo has successfully defended its business practices multiple times using arguments based upon free speech. Like it or not, Avvo is here to stay.

This article is not written to extol the virtues or to excoriate the vices of Avvo but rather to address two questions: Is Avvo a viable marketing tool for your practice? If so, how can you strategically increase your rating using the Avvo ranking system? To help answer the second question, I offer a guide based on my findings and personal experience with building an Avvo presence.

By the pricking of my thumbs,/Something Avvo this way comes.

Whether or not you should decide to delve into the world of Avvo depends on where your clients come from. In other words, do your clients use the Internet to 1) find you or your firm or 2) research you or your firm based on a referral recommendation before they call for an initial meeting?

If you’re a government employee, work as an associate or partner in a large firm, have an established boutique or niche firm, or are well established, then registering your Avvo profile is probably not worth your time or effort. You can stop reading and turn to something less mindboggling.

If you’ve had disciplinary proceedings against you, seriously weigh the pros and cons of claiming your profile.

If you’re a sole practitioner, work in a small to mid-sized firm, or practice in the areas of personal injury, criminal or family law, you should seriously consider claiming your Avvo profile. Due to the ubiquity of Avvo results in search engine queries, it’s a best marketing practice to control your online presence. For instance, your Avvo rating may appear when someone Googles you. For better or worse, the public uses Avvo as an easily accessible resource. How you present yourself through this platform is therefore a matter of importance.

Avvo Ranking: The Short and the Long of It.

My journey with Avvo began a few years ago when a friend found me on the site and told me that I had a 6.5 rating. I didn’t even know what that meant, but it didn’t sound good, so I visited the site and was surprised to see my full legal name with a rating and the descriptive word “fair” inscribed next to it. I am fair, in regards to honesty, my fees and playing by the rules; however, I am not fair in the sense of being a “less-than-adequate” lawyer. Mildly put, I was a little upset that Avvo had given me this arbitrary and capricious ranking and made sure to feature it prominently on the World Wide Web. I had three choices: Ignore (never the best option); fight (as others have done to no avail); or play their game (as they like it). I took it as a challenge to solve the Avvo puzzle and learn as much as I could about how the rating system works. Because its ranking system is proprietary, I don’t have the magic formula. Nonetheless, I have been able to demystify some key factors.

Avvo looks for and gives you a ranking based on your contributions and leadership in the legal community, as well as the way in which you are regarded among your legal peers. According to Avvo, “The Avvo Rating is calculated using a mathematical algorithm that evaluates the information in your profile. If it’s not in your profile, then we don’t know about it, and if we don’t know about it, then we can’t give you credit for it. Adding relevant information (the more current, the better) to your profile can translate into points toward your rating.”

Your goal should be to have a minimum Avvo ranking of 8.0 for a couple of reasons. First and foremost, an 8.0 ranking will give you a four-out-of-five-star rating in Google search results. As a general rule, people will not purchase goods or services unless those goods and services have at least a 3.5 star rating. It’s amazing how the Internet has trained us to behave this way. Secondly, your clients or prospective clients will want you to have an excellent rating. They’re not going to hire a “good” lawyer; they want an “excellent” lawyer.

Choose the path of least resistance that will get you to that magic number. Make it a marketing goal to do something that will improve your Avvo score by at least .1 every month. Before you know it, you’ll be at your objective.

Below is my list of what you need to do to improve your Avvo presence and ranking:

1. Claim your profile. This will give you a base starting score of at least 5.9 or more, depending on how many years you’ve been licensed.

2. Fill out your profile completely. Look at several attorneys’ profiles whose practices are similar to yours to give you some idea of what to include. Don’t forget practice areas and employment; this will help the public better understand your firm and what you specialize in.

5. Add speaking engagements. Speaking in front of groups will improve your ranking. Once again, Avvo favors talks or seminars that are sponsored by the legal community. You must include a URL address of the engagement to receive credit.

6. Add associations. List your membership in any associations to which you belong. Your ranking will increase if you take on a leadership role in that organization. Law-related associations receive more weight than unrelated ones.

7. Add publications. If you’ve written articles, include them. You must include a link to the online version of the article. They should be published in a legal journal or newsletter. After approximately six in the same publication, you will cap out and stop receiving an improvement to your ranking.

8. Add case outcomes. If you have a published case, add it. If not, list cases that will showcase the types of cases that you handle and the results you have achieved for your clients. Published cases will improve your ranking.

9. Adding an LLM. I have heard — but cannot verify — that adding an LLM will improve your rank by .4.

These items will not help your ranking:

• Client reviews have no impact on your ranking. It’s good to have them since it will improve your search results within the Avvo website. For instance, if two attorneys have an 8.8 ranking, the attorney with more five-star reviews will be ranked higher. If you get a review that is less than five stars. It will bring your Avvo site search results below those with a lower Avvo ranking. Additionally, if you have a high Avvo ranking but your client reviews are less than five stars, prospective clients are less likely to retain you.

• Answering questions on Avvo will not improve your ranking. Answering questions is like giving free legal advice. It helps Avvo but doesn’t help you. In addition, I’ve seen where it has backfired on attorneys who have given responses to someone who in turn relies on that advice, only to encounter unfavorable results. That person gives the attorney a one-star client review. Ouch!

• Submitting legal guides on Avvo will not improve your ranking. If you must post on Avvo, this is the best way to go. At the end of your post, include a disclaimer, as well as a link to your website where the mirror of the article is located. This will improve your Google listing.

• Finally, paying to advertise on Avvo and adding the Avvo badge on your website, will not improve your ranking.

This above all: To thine own practice be true.

A superb ranking on Avvo doesn’t make you a superb lawyer. In my opinion, it means you conformed to the website’s requirements superbly. There are many things that make a great attorney that aren’t included in the Avvo profile, such as empathy, creativity and perseverance — to name a few. As a result, I don’t publicize my ranking, since I’m not really sure what it means, and I don’t want to be disingenuous to myself and my clients.

My profile on Avvo is something that I didn’t choose to do; rather, it was something I reluctantly agreed to do. I hope if you decide to claim your Avvo profile, you’ll use some of the tips and tricks above to get your ranking to at least 8.0.

Although I have a 10 ranking on Avvo, I never received a “10” client from them. On the contrary, prospective clients who find me using the site are somewhat middling. Experiences with Avvo are bound to vary. I’ll let you be the judge!

(My sincerest apologies to the Bard of Avon.) D 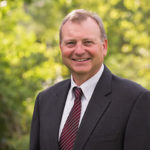 Paul Miller is a sole practitioner whose firm specializes in estate planning, estate administration and business law. He can be reached at paul@pmillerlawoffice.com.