There is an old adage that virtually every lawyer has heard: A lawyer who represents himself or herself has a fool for a client. This can be especially applicable when a lawyer decides to open up his or her own practice.

There are a multitude of steps that any new business owner must take to be successful. From securing financing to organizing the corporate entity to writing a thorough business plan, starting a new law firm warrants a mountain of administrative work. Because one of the main focal points is to control costs, it is tempting to try to save money by performing as much of the administrative work yourself as you can.

Lawyers are typically fast learners. Thus, lawyers starting their own practice often try to perform as much of the administrative work as they can themselves, especially if they are tech savvy. Lawyers are, after all, naturally adept at problem-solving.

As lawyers, we tend to think that we can learn any area of the law quickly and that we don’t need to hire lawyers to provide legal advice for our own startup practices. That’s an incorrect assumption, however. The hidden traps that a lawyer can run into can be fatal to a new practice.

For example, I found that it pays to hire lawyers in certain practice areas to provide much-needed advice early on. Just as you would advise a client starting a new business to seek legal advice in areas affecting that business, I found that it was worthwhile to have the same kind of advice myself.

I decided to operate my new practice under a trade name instead of under my own name. I knew that practicing under a trade name was something traditionally frowned upon or, in some cases, prohibited. However, I was aware of the fact that using trade names for a legal practice had recently become permissible in Colorado and certain other states. I had also heard such trade names for a variety of law firms on radio commercials. It occurred to me that my practice might be more successful if it used a trade name, as some find my surname difficult to pronounce and much of my previous practice had been out of state.

Still, I knew that there were ethical issues involved in practicing under a trade name. Accordingly, I did a little research concerning the Colorado Rules of Professional Conduct to educate myself about these issues. I felt that I was on reasonably solid ground to use the trade name that I had chosen.

I had also worked with a graphic designer to create a logo and brand style for my new law firm. Afterward, I was uncertain about whether the combination of the trade name and logo would be confusing for prospective clients. My research had indicated that Colo. RPC 7.5 allowed a lawyer to use a trade name in private practice if that name “does not imply a connection with a government agency or with a public or charitable legal services organization and is not otherwise in violation of Rule 7.1.”

So, I decided to consult an attorney whom I knew had previously practiced in the Colorado Supreme Court Office of Attorney Regulation Counsel. That was a very smart move.

My ethics lawyer confirmed my conclusion that the trade name I had chosen was generally acceptable under the Rules of Professional Conduct. However, she, too, shared my concern that the combination of my trade name and logo could be challenged as potentially confusing to clients. Therefore, she recommended that I include a tagline disclaimer under my logo and trade name to clarify that my practice was a private law firm — not a governmental agency or nonprofit organization. While she felt that any complaints to Attorney Regulation Counsel about my trade name and logo without the tagline disclaimer would be unsuccessful, she believed such complaints would be more defensible if we used the tagline.

My ethics lawyer also informed me that many challenges to trade names that the Office of Attorney Regulation Counsel fields come from competitors in the same practice area. Thus, she felt that any complaints to Attorney Regulation Counsel could be handled by having a letter from her opining that the trade name and logo combination with the tagline complied with the Rules of Professional Conduct.

While I was conversant in the Rules of Professional Conduct, I knew very little about intellectual property law. I reached out to an intellectual property attorney who had garnered solid endorsements from a number of people posting on the CBA’s Solo Small Firm Section Listserv. That attorney was able to confirm that we were not infringing on any existing trademarks with our logo. He was also able to help me seek protection for my firm’s logo and slogan from the United States Patent and Trademark Office. We also registered the logo and slogan with the Colorado Secretary of State’s office.

Beyond hiring attorneys, I also learned that it makes good business and financial sense to hire other qualified professionals as well. For example, I hired an accountant, a bookkeeper, a marketing consultant, a website developer/administrator and a graphic designer. While I am perfectly capable of doing certain kinds of administrative work, such as entering transactions into QuickBooks, I have found that it is easy to get bogged down in these administrative tasks, leaving you fewer hours to perform the crucial duties of serving clients, marketing the practice and spending quality time with those you care about the most.

I have also learned that, as with virtually any business or legal project, you secure better results through teamwork. Having a team of associated professionals working to make your practice successful not only increases the odds of success, it also helps alleviate some of the loneliness and isolation that solo practitioners (and lawyers in general) can experience.

Going solo doesn’t mean doing it alone. I’ve found that strategically getting help from lawyers and other professionals really pays off, especially in the peace-of-mind currency. D 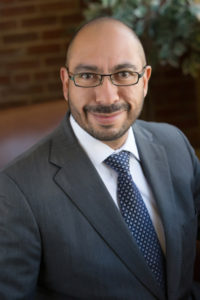 Damian J. Arguello is the founder and principal of Colorado Insurance Law Center, a private law firm dedicated to representing business and individual policyholders. He is a former claims adjuster and claims manager. Previously, he was a partner at Davis Graham & Stubbs LLP and of counsel to Levin Sitcoff PC. He can be reached at damian@coloradoinsurancelawcenter.com.

2 Responses to “Solo Not Alone: Consulting Lawyers and Other Professionals When Starting Your Own Firm ~ By Damian J. Arguello”