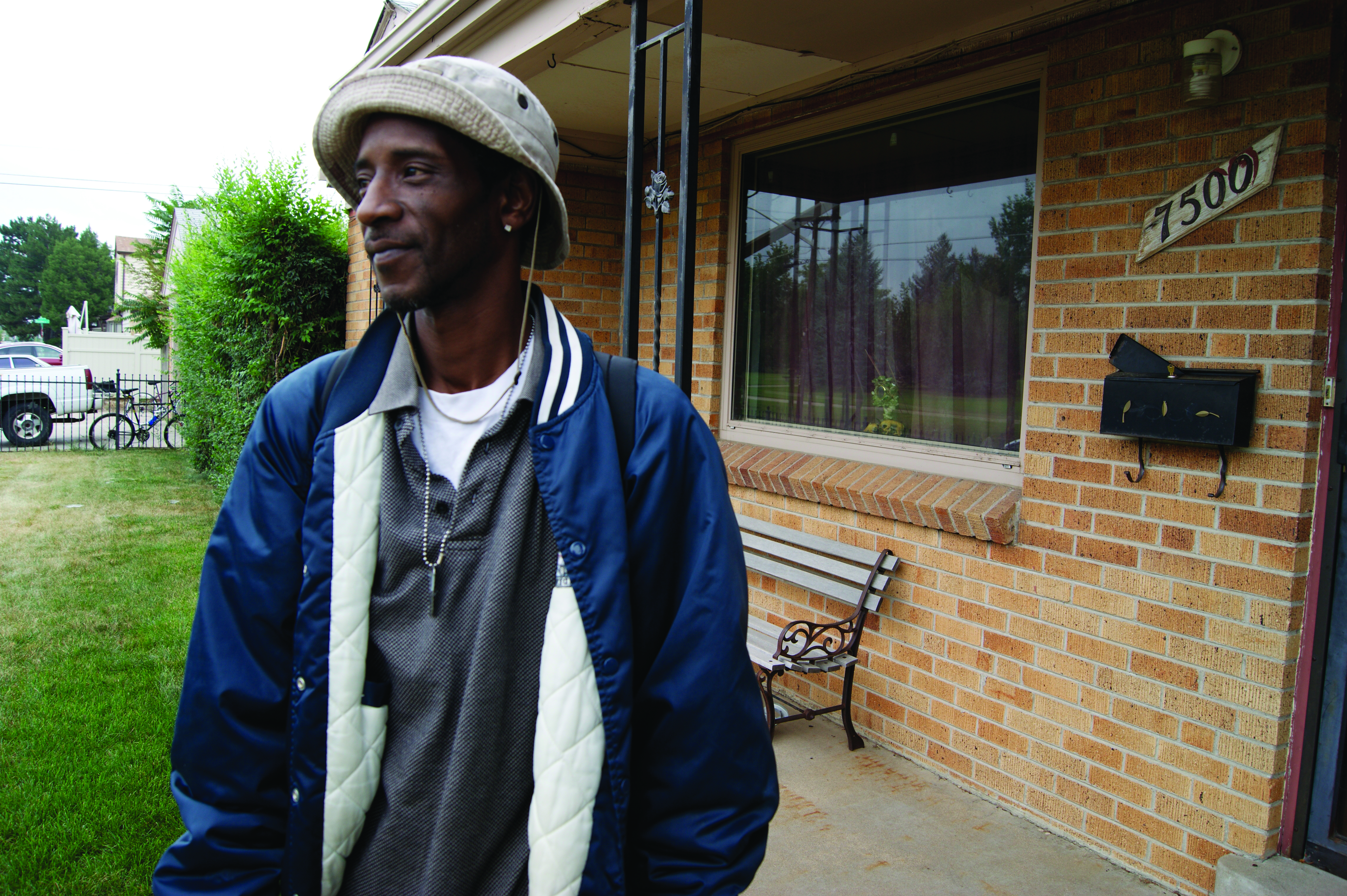 Earlier this year, lifelong Denver resident Tyrone Cheeks had no idea what to do, as his modest family home on east 23rd Avenue was pulled out from under him.

While in the aftermath of full-time hospice caregiving and the death of his father, in blew a nasty storm of misaligned inheritance and foreclosure scandal.

His luck began to turn in June, when Denver Bar Association lawyers Stanton D. Rosenbaum and F. Brittin Clayton, III stepped in, pro bono, along with paralegal Ann Palius and legal assistant Carolyn Boulette of Ryley Carlock & Applewhite.
“I was in the dark, and then it was as though I bumped into a light post,” said the 49-year-old Cheeks. “I was scared. Then I started to feel better, because they assured me no one can just take it. I had a sense of relief because I had people around me who know how this works.”

Rosenbaum, Clayton, Boulette and Palius dove right into the case. They were matched up with Cheeks by Metro Volunteer Lawyers.

“This case started out as an eviction defense,” said MVL Executive Director Dianne Pacheco-VanVoorhees. “These attorneys and paralegals deserve great recognition. They went above and beyond.”

The attorneys learned that the home had been in foreclosure. The home was previously owned by Cheeks’ mother and her husband Issac Tyler – who was not their biological father, but by all accounts, raised Cheeks and his two brothers.

But Tyler never wrote a will. As Tyler slipped into hospice, Cheeks cared for him at home, while his younger brother Spencer Cheeks paid the bills. Frustration between Spencer and Tyrone built. The mortgage went unpaid. A couple of different foreclosure investors circled in surrounding Tyler’s death last year.

The attorneys discovered another huge knot in the case: no records could be found that Tyler ever adopted the Cheeks brothers, despite raising them with their mother, Bonita Cheeks, who passed away several years ago.

Rosenbaum and Clayton rallied lifelong neighbors, the hospice nurse, old family friends and real estate officials. The long list of witnesses testified August 28-29 before Denver District Court Probate Judge Elizabeth Leith: Cheeks brothers were as natural sons as could be. Since their early childhoods, Tyler had provided for his wife’s three boys, disciplining them and attending family functions, sports practices, games and graduations. The attorneys had to meet standards in Barlow v. Barlow as they set out to prove the Cheeks’ case.

“I thought it significant that the case sets additional important precedent in Colorado for equitable adoptions in intestacy proceedings, given that the previous cases of precedence are over 40 years old,” said Ciara Fernandez Faber, MVL staff lawyer.

In the end, Judge Leith ruled that the sons were indeed, proper heirs. The foreclosure investor that defrauded the family was ordered to return the house to the estate. There’s still quite a bit of work to do to iron out the details, but Tyrone Cheeks said his parents would be relieved with the outcome of the probate trial.

“This is what lawyers are supposed to do. This is the work that makes our profession worthwhile,” said Rosenbaum. “We help people who can’t afford lawyers, to get them good representation.”

Sign up now to benefit your community, your practice and your office by taking a case pro bono with Metro Volunteer Lawyers, www.metrovolunteerlawyers.org.