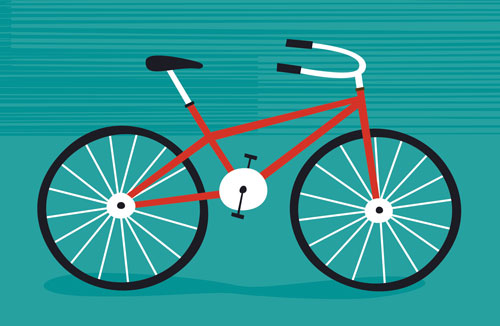 When I was asked to offer advice to young lawyers on how to prepare for their first court appearance, that parenting memory immediately came to mind. In other words, until you actually do it, you probably won’t understand how it feels. But, in the hope that this will help, consider the following:

Everyone is scared. When we’re sworn in, the profession suggests to the public now that we have licenses, we can do anything that’s required of us. This is, of course, errant nonsense. If you aren’t scared the first time you go to court, you’re nuts. But recognizing that everyone has had that same flutter in the pit of their stomach will help you handle it. Remember: it’s the same flutter that Lincoln or Clarence Darrow or Thurgood Marshall had the first time they stood up in court.

Ask for help. Everybody knows somebody—and that somebody will know somebody else. If you can, find someone who’s been through what you’re about to go through, and talk to them. Courtroom lawyers have tons of institutional memory, and they’ll share it. Plus, it will almost certainly be about things you didn’t learn in law school. That knowledge is gold: it will help you not just this time, but every time.

Make sure you prepare. Sometimes this is easier said than done, as any District Attorney or Public Defender can tell you. But we want to avoid having our presentation look like an evening at the Improv. Try to do some preparation: look at the file, look at previous orders in the case, look at the law, talk to your client, organize your thoughts and come up with a plan. You have to know what you’re going to say—and why you’re going to say it. Judges are usually tolerant of nervousness in a rookie. They are much less tolerant of lack of preparation.

Practice. No matter what Allen Iverson said, practice has value. I realize that you may not have this luxury. But if you do, use it. If you can practice with someone more experienced, great. If you can only practice with a friend or peer, that’s helpful. Since all of us have a camera and a recorder in our pockets, think about using your phone to record your rehearsal. You’ll be able to figure out if you’re talking too quietly, or if you’re shifting from foot to foot, or if you’re not keeping eye contact, or if you’re using legal gobbledygook. And one other suggestion: think about practicing with someone who isn’t a lawyer, but who knows you well. My poor wife had to listen to me rehearse every closing I ever delivered, and her input was invaluable because she knows me better than anyone else on earth—and she could see and hear things in my presentation that others might miss.

Know your judge. This seems pretty basic, but many people don’t do it. Ideally, go watch the judge in action before you have to appear. Even if you can’t do that, it’s a good bet that you know someone who’s been there before. Find out what the judge likes or dislikes, what he or she expects to happen and in what order, and what his or her background and experience is. Does this judge fancy herself a scholar? A comedian? A drill sergeant? Just the facts, or ephemera? And never forget: candor is essential. If you start out with your first judge thinking you’re playing fast and loose with the truth, every other judge in the courthouse will know that by lunchtime the next day.

Be professional. Most cases don’t warrant table pounding, arm waving or a raised voice. No case warrants finger-pointing, snarky remarks about opposing counsel, eye-rolling or the multitude of behaviors made popular by lawyers in movies and on TV. Don’t bully witnesses. Don’t rise to the bait that your opponent may offer to make this case personal. Don’t do anything in a courtroom that doesn’t move the ball forward. Provide information and an argument that will help the factfinder make a decision—and nothing else.

Remember that we are what we do. We can never forget that we are advocates. That title comes from the Latin “ad-vo-ca-te,” which means “to be called to speak for.” How cool is that? It’s way too easy to think we’re the center of attention (and even easier to fall into bluster and bluff when we’re scared). But, think back to what your parents likely told you as an adolescent: it’s not about you. It’s about your client and this may be his or her only shot at being heard. Advocacy imposes heavy responsibility, but we take on that responsibility voluntarily. Standing up on your feet and providing representation to a client requires courage. Be brave.
_________________________________

That first court appearance is memorable. I certainly remember my first one as a lawyer. I was sworn in on October 16, 1974. I took my wife and baby home, drove my Dad to the airport and then, having been a lawyer for about six hours, I drove to Ft. Morgan to try a traffic case in municipal court.

I lost. But I had started pedaling.

I wish you luck when you start pedaling, too.