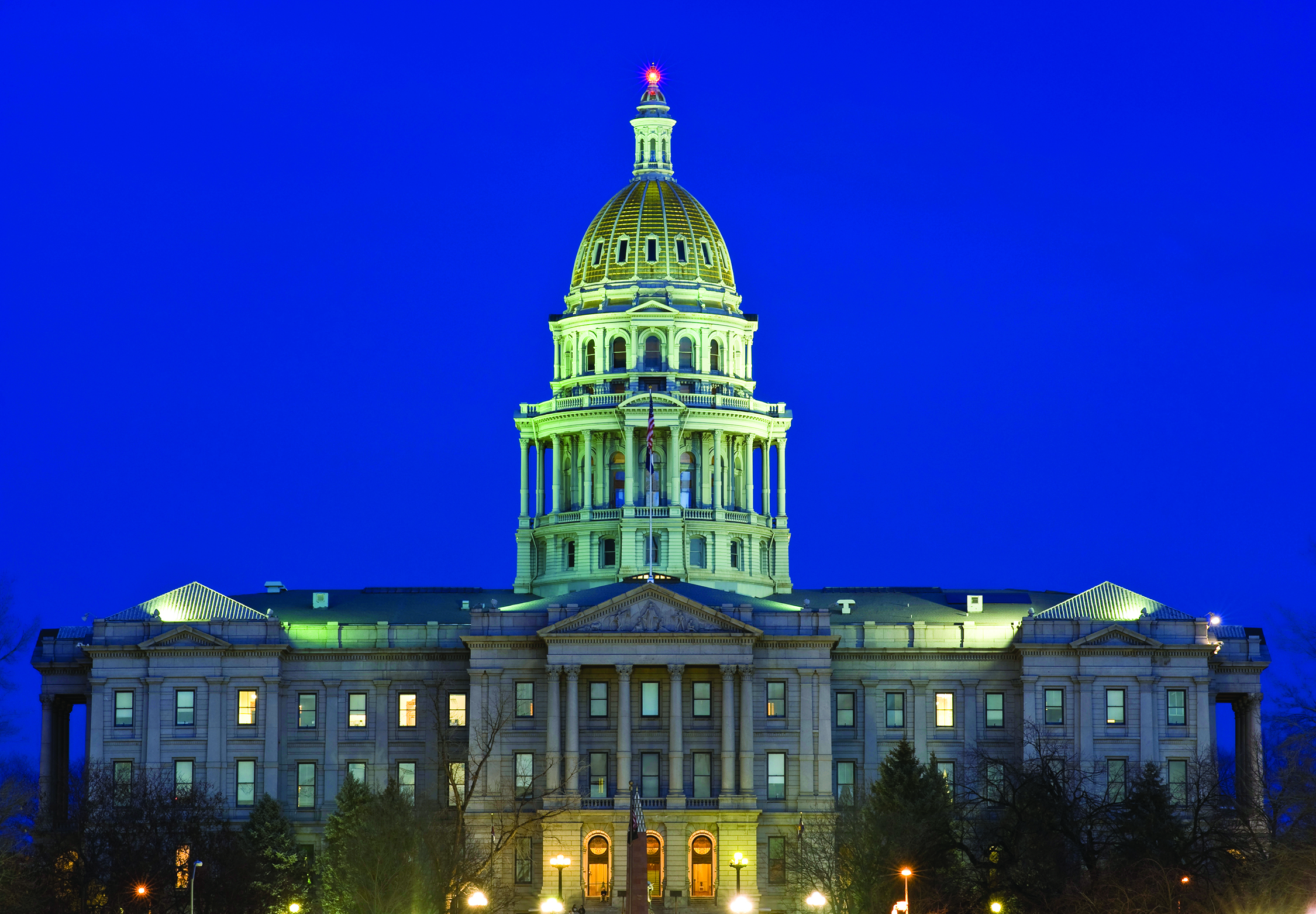 Today, the Colorado Attorney General and the Colorado Department of Law (DOL) are collectively referred to as the Colorado Attorney General’s Office (AGO). The DOL’s mission is “to provide professional, ethical and independent legal services to the State of Colorado and its citizens, to promote respect for law and access to the justice system, to ensure the fair and open exercise of government and to protect and advance the public interest.” Services are provided by eight operational sections: Business and Licensing; Civil Litigation and Employment Law; Consumer Protection; Criminal Appeals; Criminal Justice; Natural Resources and Environment; Revenue and Utilities; and State Services. The statutory authority for the Department is found in C.R.S. 24-31-101, et seq., and additional specific authority is found in titles 5, 6, 10, 11, 12, 25, 33, 34, 36, 37 and 39.

Elected in November 2014, Attorney General Cynthia H. Coffman is Colorado’s 38th Attorney General. Among other duties, the Attorney General is responsible for enforcing consumer protection and antitrust laws, prosecuting criminal appeals and white-collar crimes and representing the State in civil, natural resources and environmental matters. Additionally, the AGO works concurrently with State and federal law enforcement authorities to carry out its statutory criminal justice duties. The Attorney General is also legal counsel and advisor to “each department, division, board, bureau and agency of the state government other than the legislative branch” C.R.S. 24-31-101(1)(a).

The AGO is a mostly cash-funded department (see C.R.S. 24-31-108). With a budget of just over $77 million, the AGO employs approximately 480 full-time employees. The majority of its funding comes from the provision of legal services to other state agencies and programs. Formal AG Opinions are one such service.

Formal AG opinions are governed by statute (see C.R.S. 24-31-101 et seq). They are most often requested by another governmental agency, specifically by one of the enumerated agencies statutorily empowered to seek legal opinions from the AGO. It is the duty of the Attorney General to issue a formal opinion in response to a written request from the General Assembly or either house thereof, the governor, lieutenant governor, secretary of state, executive director of the department of revenue, state treasurer, state auditor or commissioner of education. In rare situations, the Attorney General may issue a formal opinion without a request (Op. No. 05-04, August 16, 2005 and Op. No. 01-01, July 5, 2001).

Formal opinions are arranged by number and are published chronologically. It is important to note that different numbering systems have been employed over the years. A chart showing the differences is included at the conclusion of this article. At the end of an Attorney General’s elected term, the formal opinions are compiled into a set and preserved for future reference. Historically, this has been done in book form. It is left to the Attorney General’s discretion whether to include the requesting letter with the issued opinion when the final set is compiled. Currently, formal AG opinions are also posted on the AGO website.
Formal opinions represent the AGO’s collective professional opinion on a specific legal matter. In the process of issuing formal opinions, the Attorney General is assisted by the Solicitor General and/or other subject area specialists within the various legal divisions of the AGO. Formal opinions exist to harmonize the interests of the State with those of the requesting government office.

Formal opinions are considered binding on the DOL during the term of the issuing Attorney General, and potentially binding on and at least persuasive to the DOL in later years. However, the Colorado Supreme Court has ruled that a formal AG opinion is merely persuasive in judicial proceedings. Colo. Common Cause v. Meyer, 758 P.2d 153 (1988). While there is no required timeline for the issuance of a formal AG opinion once requested, they are usually released within 60 days under normal circumstances.

Public access to formal AG opinions is available through the AGO. Electronic copies of some opinions are available on the AGO’s website. Additionally, scanned copies of all opinions are available upon request. Requests should be emailed to the AGO at attorney.general@state.co.us and must include the date the opinion was issued; any other identifying information supplied assists verification and delivery.

Staff attorneys in the DOL also issue informal opinions to clients. In contrast to formal AG opinions, informal opinions are purely representational in nature and, as such, are protected by attorney-client privilege. A final point of clarification is necessary. Formal AG opinions are distinct from AG Rule opinions, which are produced in compliance with the Colorado Administrative Procedure Act (CAPA). AG Rule opinions are issued to certify the Attorney General’s opinion that a given administrative rule is within the scope of the issuing agency’s legal authority. D 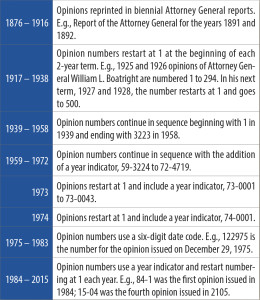 The authors wish to thank the Colorado Solicitor General, Fred Yarger, for his time and expertise in the preparation of this article.