It’s almost impossible to watch cable news or read a newspaper right now without seeing something about “obstruction of justice.” President Donald Trump is facing allegations that he impeded the FBI investigation into his campaign’s ties with Russia. But don’t worry — this article isn’t about what crimes he may or may not have committed. This article will stay apolitical and will instead illuminate the concept of obstruction of justice and its significance to our criminal justice system.

In its most basic form, obstruction of justice is when someone impedes or attempts to stop the administration of justice. The crime is rooted in protecting the rule of law, which dates back to Aristotelian times.

Douglas Richards, a former federal prosecutor who now practices criminal defense in Colorado, said honesty is paramount to our rendition of jurisprudence.

“Should citizens believe that lying is acceptable and unenforceable — either to the police or while under oath — juries will lose the ability to depend upon the foundation of any case: what comes from the witness stand,” said Richards.

As an Assistant United States Attorney, Richards was responsible for cases involving everything from investigating and prosecuting international criminal travel networks and drug trafficking organizations to white-collar crime and national security. He has also prosecuted obstruction of justice charges, and now as a defense attorney and partner with the firm Richards Carrington, LLC, he represents clients accused of impeding investigations.

Federal statutes criminalizing obstruction of justice are found in 18 U.S.C. Section 1001, for instance, prohibits knowingly and willfully making false statements or concealing information about any matter within any jurisdiction in the United States. This section famously took down the likes of former Chicago Mayor Rob Blagojevich, Martha Stewart and Scooter Libby, former advisor to Dick Cheney.

Richards said when he hears someone mention obstruction of justice, he immediately thinks of § 1001, because that is the charge he sees used most often in federal courts.

“Only § 1001 provides the federal government the authority to prosecute someone for lying when no oath has been given. This is where most people fall victim to § 1001 — it’s during any casual interview with any federal agent. Because of this, targets and witnesses can violate § 1001 and make things more difficult for themselves,” said Richards. “Witnesses especially, as they often were not involved in whatever the agent may have been investigating. However, because of their false statement, they are now the target of a separate investigation, which can provide a prosecutor leverage to make them a cooperating witness.”

However, not all 18 U.S.C. § 1001 cases are open-and-shut. Richards said both prosecutors and defense attorneys often gloss over the requirement that the false statement must have the potential to influence the outcome of the case.

“Prosecutors often forget that false statements must be material. They must have an ability to influence the person to whom the statements were made,” said Richards. “Law enforcement can forget this critical prong and some defense attorneys don’t do enough to examine the materiality of their client’s statement.”

Section 1001 is a powerful tool for prosecutors, but it’s just one of many. Chapter 73 of 18 U.S.C. expressly covers 21 other ways of committing obstruction of justice. These offenses run the gambit, from assaulting a process server (18 U.S.C. § 1501) to witness tampering and obstructing government proceedings. However, thanks to an omnibus clause in § 1503, there seems to be limitless ways to catch those more creative criminals.

Prosecutors must prove three elements to obtain a conviction under 18 U.S.C. § 1503:

Richards said proving specific intent is the most difficult element of proving any obstruction of justice charge, no matter if it is prosecuted under federal or state law.

“In all obstruction cases, the defendant is implicitly (if not explicitly) saying, ‘I didn’t mean it that way,’” explained Richards. “A prosecutor can only make logical deductions from the evidence. A defense attorney often has perfectly reasonable explanations for what the prosecutor argues are nefarious acts constituting a culpable state of mind.”

Colorado law provides many of the same protections as federal law, including, but not limited to, false reporting to authorities, C.R.S. 18-8-11, and obstructing government operations, 18-8-102. According to Richards, the same difficulties lie in prosecution and defense of these cases, whether they fall under federal or state law.

More broadly speaking, the strict letter of the law may not matter when it comes to deciding what constitutes an impeachable offense.

As then Congressman Gerald Ford said back in 1970, “The only honest answer is that an impeachable offense is whatever a majority of the House of Representatives considers it to be at a given moment in history,” (116 Cong. Rec. H.3113-3114). 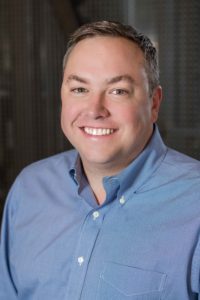 Graham Winch is a former CNN network producer, as well as a writer for CNN.com. He is currently looking for opportunities to practice law in Denver. He can be reached at graham.winch@gmail.com.