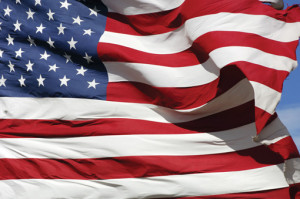 Colorado sidesteps many of the problems inherent in judicial elections by using merit-based selection for the appointment of trial and appellate judges. In merit selection, judges are appointed by the governor from a panel nominated by a non-partisan committee and are then subject to periodic retention elections. Florida, by comparison, elects its trial judges but uses merit selection for its courts of appeals. Both Florida and Colorado have similar bans on the personal solicitation of funds by candidates for judicial office.

On April 29, 2015, the U.S. Supreme Court decided Williams-Yulee v. Florida Bar, 575 U.S. ___ (2015). Chief Justice Roberts authored an opinion that has important implications for the 39 states, including Colorado, that conduct some form of judicial elections.

In September 2009, Petitioner Lanell Williams-Yulee, a Florida attorney, decided to run for a seat on the Hillsborough County Court. Yulee signed a campaign letter that was mailed to local voters and posted on her website. The letter announced her candidacy and requested campaign contributions of $25 to $500. Yulee lost in the primary but was subsequently charged by the State Bar with violating the Rules Regulating the Florida Bar that require compliance with the Florida Code of Judicial Conduct, including Canon 7(C)(1), which states:

“A candidate, including an incumbent judge, for a judicial office that is filled by public election between competing candidates shall not personally solicit attorneys for publicly stated support, but may establish committees of responsible persons to secure and manage the expenditure of funds for the candidate’s campaign and to obtain public statements of support for his or her candidacy. Such committees are not prohibited from soliciting campaign contributions and public support from any person or corporation authorized by law.”

The Florida Supreme Court appointed a referee who recommended a finding of guilt. The Court adopted the referee’s recommendation and upheld the constitutionality of Canon 7(C)(1), holding that the Canon was narrowly tailored to serve the compelling State interest of preserving the integrity of an impartial judiciary.

“Here, Canon 7C(1) advances the State’s compelling interest in preserving public confidence in the integrity of the judiciary, and it does so through means narrowly tailored to avoid unnecessarily abridging speech. This is therefore one of the rare cases in which a speech restriction withstands strict scrutiny.” Williams-Yulee, 575 U.S. at 8-9.

While some will view this opinion as a departure from the High Court’s removal of restrictions on campaign finance during Chief Justice Roberts’ tenure, the unique character of the Judicial Branch and judges were paramount in upholding the restriction: “Judges are not politicians, even when they come to office by way of the ballot box.” Id. at 1. Justice Roberts noted that unlike politicians, judges are not to favor one constituency over another, but are to apply the law equally: “A State may assure its people that judges will apply the law without fear or favor — and without having asked anyone for money.” Id. at 1. The opinion emphasized that the State’s interest in preserving public confidence in its judiciary is both compelling and unique:

“[A] State’s interest in preserving public confidence in the integrity of its judiciary extends beyond its interest in preventing the appearance of corruption in legislative and executive elections. As we explained in White, State may regulate judicial election differently than they regulate political elections, because the role of judges differs from the role of politicians.” Id. at 10 (citation omitted).

In addressing whether or not the restriction was tailored to serve the State’s interest, the Court pointed out that judges could campaign and could raise funds for their judicial campaign by way of campaign committees. The Court also agreed that Florida and other states had reasonably concluded that personal solicitation created “a categorically different and more severe risk of undermining public confidence than does solicitation by a campaign committee.” Id. at 14. They also deemed that the identity of the solicitor matters, for “The same person who signed the fundraising letter might one day sign the judgment.” Id. at 14

Public confidence in the judiciary is the theme and backbone of Chief Justice Roberts’ opinion. Colorado’s system of merit selection aims to maintain public confidence by striking a balance that gives the public a say in their judges through retention elections. This in turn averts the politicization of the Judicial Branch, the conflicts inherent in judicial campaigning and the resulting appearance of impropriety.

Charles C. Hall is an attorney with Levy•Wheeler•Waters, P.C. He is also a co-chair of the communications subcommittee of the CBA/DBA Joint Judicial Task Force. He can be reached at chall@lwwlaw.com.