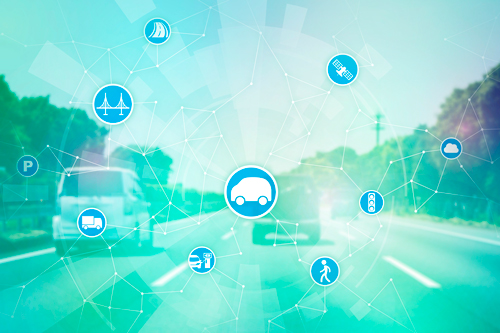 Forty-year-old Josh Brown was a Navy veteran and successful Internet business owner. He lived life on the cutting edge of new technology and loved his new 2015 Tesla Model S so much that he nicknamed it “Tessy.” He even posted videos on social media showing it “driving itself.”

You see, his Tesla wasn’t just any shiny new car. It was equipped with autonomous-driving software and control elements that Tesla called “Autopilot.” That was likely the main reason why Josh bought the Model S. On May 7, 2016, Josh Brown died in his beloved Model S. As he zoomed down a Florida highway on Autopilot at a speed he set (74 mph, or 9 mph over the posted 65 mph speed limit), his Tesla failed to “see” a semi-tractor trailer turning left in front of it. Witnesses reported that the Tesla never braked as it drove under the semi (shearing the roof off) and then plowed into a utility pole on the side of the highway. Brown never made any effort to take control from Autopilot, despite having seven seconds to do so.

This (and several other accidents involving Teslas with Autopilot) have not slowed the development of autonomous cars. According to Tesla, all of its current models now have “the hardware needed for full self-driving capability at a safety level substantially greater than that of a human driver.” Tesla claims its cars will be able to “see through fog, heavy rain, dust and even the vehicle ahead.” But despite these confident claims, Tesla has also said it will not enable this full array of self-driving power while “validation is completed, subject to regulatory approval.”

Ready or not, “driverless” or autonomous vehicles are already here. And not just cars, either. Major semi-tractor manufacturers are in the final stages of development of fully autonomous semi-tractor trailer units, some of which are already in use in Europe.

At the moment, all of the “autonomous” vehicles on the road still have functional steering wheels and control pedals, ready for the drivers to “take over” if the software goes awry. But the day may be fast approaching when those controls go away. Google’s autonomous vehicle design (still in prototype testing) has no pedals, steering wheels or other accessible vehicle controls. Google is adamantly against such controls, contending they would make the vehicles more dangerous.

Despite promises that these vehicles will be “safer than anything driven by humans,” we know that accidents are inevitable, for a lot of reasons. When that happens, whom will lawyers sue?

Technology is fast outpacing the law. As regulators scramble to overhaul decades of traffic and consumer safety law, insurers are also racing to get a handle on this new technology before it overwhelms their current underwriting models. The Brave New World of autonomous vehicles promises to be highly disruptive to auto makers, state and local governments, and the auto insurance industry.

Semi-autonomous technologies are already impacting civil and criminal litigation. This is only the beginning. How will you advise clients on these issues in the months and years to come? What will you do when your next new car can “drive itself?”

First, don’t make any plans to go without insurance. State insurance requirements aren’t going anywhere for many years. For decades to come, there will be a dangerous mix of autonomous, semi-autonomous and “dumb” vehicles, all sharing the road chaotically. At least as long as your car still has a steering wheel, if you are behind it when it gets into a collision, you will be sued.

But what if you don’t own the car? What if the car doesn’t even have a steering wheel? Uber’s and Google’s plans call for autonomous cars functioning as a sort of intelligent “hive,” available on demand to subscribers. In their model, users will pay a subscription fee, then pay for each use. Tesla is contemplating a similar sharing service, with an interesting twist: Tesla owners will be able to share the cars with “Tesla Network” subscribers. Tesla would pay the vehicle owner a fee for this arrangement, helping them defray the cost of ownership. When they aren’t using their car, they will “lend” it to Tesla via an owner’s app. Subscribers will simply open the subscriber app, tap the button and the nearest “online” car will roll up, already programmed with their destination.

Occupants will just sit down, relax and leave the driving to the software, firmware and hardware packed into the pod they’re riding in. What happens if that relaxing ride is interrupted by a wreck?

The insurance issues in that scenario are even more complicated than the “owned vehicle” case. Will Google, Uber or Tesla have to insure the owners who “lease back” their cars as part of the deal? Are personal auto insurers ready for insureds who “lend” their cars (for a fee) to hundreds of anonymous Tesla subscribers? Will the owners need commercial auto liability insurance, too? Will owners be sued individually if one of their Teslas is involved in a crash during a Denver blizzard while they’re lounging on the beach in Waikiki?

Some manufacturers have promised to “stand behind” their vehicles if involved in accidents (Volvo being one such manufacturer, and Tesla may shortly follow suit). Well, fine. But that promise is, like everything else in the law, subject to proof. Therein lies what will surely be years of complex legal wrangling, as the tort system struggles to grasp this new reality.

This will be an even bigger tectonic shift in transportation than when horse-drawn buggies gave way to Model Ts. I fall into the camp that believes current law is deeply insufficient for this disruptive future. In the other camp reside commentators who believe that any accident “caused” by an autonomous vehicle should simply be treated as a product liability suit. Problem solved, right? After all, what could be simpler than proving a product “defect” when your Tesla swerves you into a tree because it mistook a shadow for a swerving vehicle?

Sure, piece of cake.

In truth, few legal theories are as difficult or costly to prove as a product defect or failure to warn. It is even harder when it comes to software, firmware, control hardware, cameras, radar, sonar or similar high-tech equipment. Untangling why your Google car wrapped its front end around a tree will require high-priced experts in fields ranging from engineering to software design, to network architecture, firmware, biomechanics, human factors, meteorology and accident reconstruction, just for starters. If these cases are to be litigated as product cases against some of the world’s richest corporations, how many potentially deserving plaintiffs will be able to afford the fight?

But wait — it gets even more interesting. The situation on the road will likely be even more chaotic and dangerous than it currently is for the foreseeable future. These “smart” vehicles will all compete for space in traffic occupied by not-so-“smart” human drivers piloting various degrees of “dumb” cars. Pedestrians and cyclists are not going away anytime soon, either.

Vehicle owners who “lease back” their cars to Google or Tesla will also be on the line. How did they maintain the vehicle? Did they timely process all of the software updates and firmware pushes and backcheck for accuracy? Can they prove that? The simplest fender-bender would be transformed into a complex battle royale against some of the largest corporations in the world that happen to be equipped with bottomless funds to defend their products against what to them would be existentially ruinous product liability exposure.

As an attorney who practices in the personal injury defense arena, I’m excited at the prospect for future job security as well-heeled autonomous car manufacturers have to staff up to defend the thousands of new product liability suits they’ll find themselves in. As the law struggles to catch up with the technology, it will be us lawyers leading the way. But we need to get ready for this fast-approaching future now.

Some commentators are calling for new ideas, or even entirely new legal systems, to deal with this. All would require extensive changes to state and federal insurance and auto liability law. One model being proposed is a form of scheduled coverage, paid for by the manufacturers themselves, that would “go with the vehicle” and cover accidents with defined benefits to occupants and even third parties, with legal liability protection only as a fall-back if the third party rejects the scheduled benefits. Another model is a more conventional form of broad-form “accident insurance” that subscribers and owners could purchase through Google, Uber or Tesla. This model fits into existing insurance and liability laws, for the most part. If they are in an accident, subscribers (and owners) would receive a combination of medical and liability protection according to the coverage level they purchased.

There are still other insurance and dispute-resolution or claims schemes being developed and debated across the automotive and insurance industries and within various state and federal regulatory agencies. Like the “product liability” model, all of these proposals are riddled with minefields and destined for decades of law-shaping litigation. The best we can hope for is that legislatures, manufacturers and interest groups all get together to formulate better ways to get these disputes fairly and speedily resolved.

Yeah, I’m not holding my breath for that either. D

Doug McQuiston has specialized in civil litigation, complex tort, professional liability and insurance law for more than 35 years. He is a member, contributing writer and past chair of the Docket Committee. He can be reached at mcquisd@nationwide.com.