Despite the fact that driving under the influence is generally frowned upon by our society, every single day in the United States, drivers get behind the wheel of a vehicle drunk or high, risking not only their own life, but the lives of others on the roadways, including pedestrians and bicyclists. Lest you think the problem is not all that serious, consider that an average of 77 drivers are charged with impaired driving every day in the state of Colorado. This number is not necessarily decreasing, even though a new law, enacted in Colorado in 2015, brings the potential for a class 4 felony charge for an individual’s fourth DUI conviction.

A campaign known as What Will YOU Lose features Colorado DUI offenders speaking about the many things they have lost as a result of driving while impaired and urges others in the state to avoid the same mistake. Some of those featured in the campaign are currently serving time in the Colorado Department of Corrections. Others, while not serving prison time, have lost their job, their driver’s license, and even their family because they drove while impaired.

Auto Accident Fatalities Due to an Impaired Driver

According to the CDC, across the nation about one in every three traffic deaths involve an impaired driver, even though the rates of alcohol-involved fatalities have decreased over the past few years. Males are more likely than females to drive while impaired and to be a fatality victim as a result of a drunk driving collision. While sobriety checkpoints are not legal in all states, they are legal in Colorado, where the police are allowed to stop all the drivers or a certain “random” portion of the drivers. If there is reason to suspect the driver is impaired, the police may ask the driver to take a breathalyzer test.

Recent findings of a CDOT survey concluded that a surprising number of young adult drivers in the state of Colorado are woefully lacking in knowledge regarding the state’s drunk driving laws. An experiment conducted by the CDOT called “A Few Brews—Social Experiment” also produced some surprising results, namely that the majority of Colorado residents give little thought to driving after having a few drinks.

The CDOT survey was aimed at younger drivers in the Denver area, focusing on the use of smartphone breathalyzers. While the majority of these younger drivers were aware of the legal limit for a Colorado DUI, less than half were aware of Colorado’s 0.05 blood alcohol limit for a DWAI, or driving while ability impaired. More than three-quarters of the respondents admitted they had probably driven with a blood alcohol concentration which was over the legal limit, and a staggering 92 percent admitted to riding with a driver whose BAC was over the legal limit.

The purpose of CDOT’s “A Few Brews—Social Experiment,” was to determine how many young drivers between the ages of 21 and 35 are fully cognizant of just how many drinks it takes to push a driver over Colorado’s legal limit. In discussions with the participants, it was clear that most of them were simply unaware of how much alcohol was required to impair a driver.

The Significance of the Survey Findings

Impaired driving is a serious issue, not only in the state of Colorado, but across the nation. It is important to add, that a spike in the roadway fatalities in the state of Colorado was characterized by a top transportation official last January as “an epidemic of distracted driving.”1 This claim is supported by a new study done by Cambridge Mobile Telematics which suggest distracted driving is every bit as dangerous as drunk driving.2

The primary difference between distraction and impairment lies in the fact there is no test — like a breathalyzer — to prove a driver caused an accident through distraction. Because it appears Colorado residents are sorely lacking in knowledge regarding BAC limits, Colorado attorneys are likely to continue to see clients who have been charged with DUI. Education and information regarding impaired driving are crucial to lower the number of drunk drivers (or those who ride with drunk drivers) across the state. 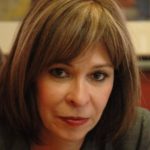 Dianne Sawaya is a personal injury lawyer and founder of The Law Offices of Dianne Sawaya. Dianne founded her law firm in 2005 in order to bring a more personal approach to the law for her personal injury clients. She can be reached at diannesawayalaw@gmail.com.