A famous quote, often attributed to Alexander Graham Bell, summarizes Justice Hood’s path to becoming a justice with the highest court in Colorado: “When one door closes, another opens; but we often look so long and so regretfully upon the closed door that we do not see the one which has opened for us.” Luckily, for Justice Hood and his legal career, he has embraced every open door wholeheartedly.

Recently, I had the privilege to meet with Justice Hood and ask him questions to give insight to our readers—particularly the younger lawyers—as to how his interesting journey and positive attitude ultimately lead to his most recent appointment. Justice William Hood is the newest Colorado Supreme Court justice, appointed by Governor Hickenlooper to start in January 2014. I first came to know Justice Hood as a student in his Trial Practice class at the University of Denver Sturm College of Law in 2004 (at the time, students knew him as “Will”). He’s served as an adjunct professor at Denver Law for about ten years, and plans to continue to do so. He enjoys teaching because “it forces you to think about things you do yourself. As a practitioner, I liked having reason to think about the fundamentals and how I should be approaching my own work.”

When I knew him as a student, he was a passionate prosecutor and Chief Deputy District Attorney for the 18th Judicial District, as well as an approachable, hard-working teacher with a sincere interest in students’ success. Since his time as a prosecutor, Justice Hood also practiced law as a partner at a well-known Denver firm. Most recently, he served on the bench as a Denver District Court judge before his appointment to the Colorado Supreme Court.

Justice Hood’s path to the judiciary was not easy. He first applied to the Denver District Court bench seven times, and was shortlisted six of those times. Despite the repeated disappointments, Justice Hood’s attitude remained positive, as he believes that many outcomes are based on “how the stars happen to align.” Justice Hood kept his spirits up by getting, as he describes, “really cool jobs.” For example, after he first applied for a judgeship, Hood became a Chief Deputy at the DA’s Office. Later, after more attempts to become a judge, he became a partner at a 17th Street firm.

“I just continued to grow in other ways and had lots of interesting colleagues to help me grow as a lawyer and as a person. All of that ultimately helped me to get to where I am now,” said Justice Hood. He credits his previous unsuccessful attempts as a judicial candidate to his success in being selected as a Colorado Supreme Court Justice.

Given his previous experiences applying for judicial vacancies, Hood was also more relaxed with his Supreme Court candidacy, and he believes that helped make him a stronger applicant.

“One of the things that helped me in applying this time is knowing how unpredictable the entire process can be; I didn’t go into it feeling really stressed out…I was going to see what happens,” he said.

Based on his own journey, Justice Hood also advises lawyers to follow their passion: “Try to go where you have some passion for something instead of doing something because you think it will look good, or generate income …Unless your heart’s really in it, you’re probably not going to be a big success.”

Ultimately, his piece of advice to all lawyers—particularly young ones—regarding their legal careers and job opportunities is to be authentic throughout your career, “as opposed to trying to project some version of yourself that you think is going to sell better.” The bottom line is to be yourself—“unless you’re a jerk.”

For his new Colorado Supreme Court position, Justice Hood acknowledges that he has much to learn as an appellate justice, so he found some of his own mentors on the bench. Moreover, Justice Hood acknowledges that his thoughts and legal opinions may make a larger impact on the state and the legal system now. He is typically a big proponent of using fewer words and being as concise as possible in legal writing, which ultimately brings more clarity. However, for Colorado Supreme Court decisions, Hood believes that one must strike a fine balance between “dissecting things carefully” and communicating well and succinctly. 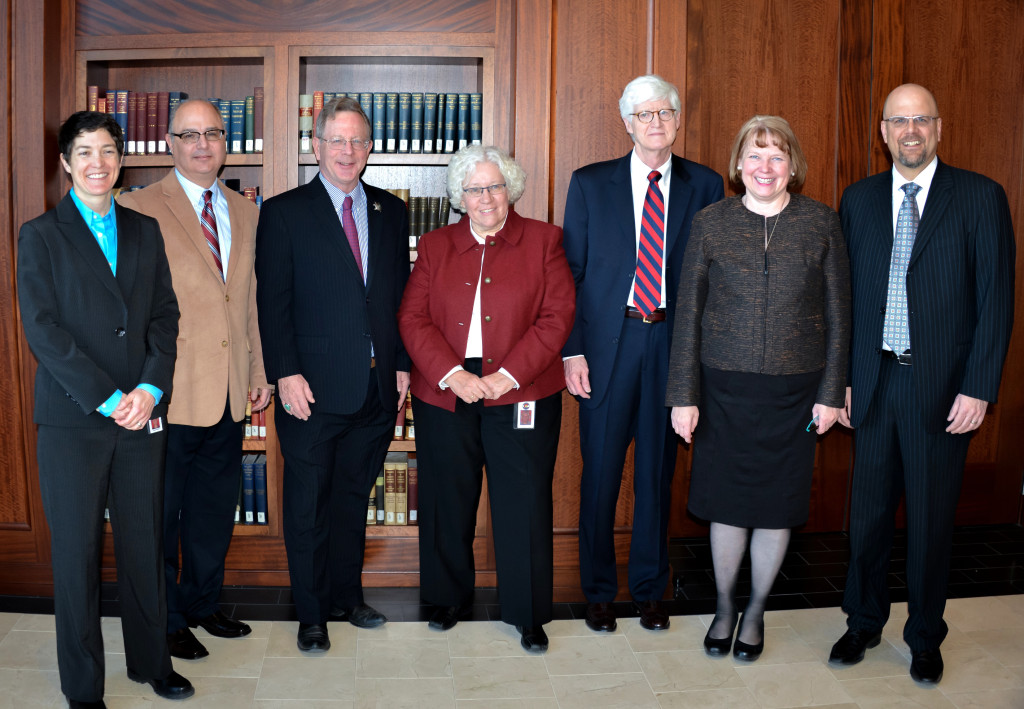 A large part of this challenge is avoiding the potential for misinterpretation by lawyers and other courts. Another challenge that all judges and justices face is applying the rules of statutory construction “in a way that is objective and not results-oriented.” Still, Justice Hood looks forward to his work as an appellate justice, and as always, looks forward to growing from the additional experiences he will face in his new position.

Given his numerous attempts at receiving the Denver District Court position, Justice Hood and his family were surprised he received the state justice position after his first time as a candidate. Hood explains that when he first found out that he had been selected, “you could have pushed me over with a feather.”

While Hood’s family is very excited for his new endeavors as a justice, he is quick to explain that they also keep him grounded: “If anything, it’s just been fodder for lots of jokes in that I’m still expected to do stuff around the house.”

By Becky Bye, a public attorney.  Bye is actively involved in the legal community, including serving on the University of Denver Law’s Alumni Council and the DBA Docket Committee. She is a past chair of the CBA Young Lawyers Division. Bye may be reached at beckybye@gmail.com.