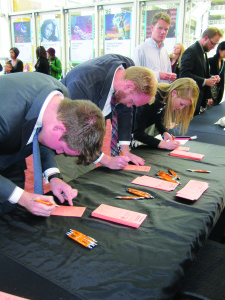 Ready to join the Bar! 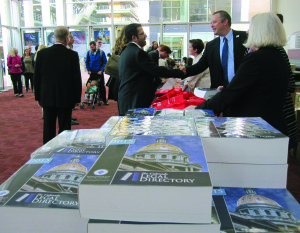 On the afternoon of November 9, the 576 individuals who successfully passed the July 2015 Bar Exam were recognized at a special ceremony at Boettcher Concert Hall. The ceremony opened with an inspirational film highlighting Governor Ralph L. Carr’s legacy. The keynote address, given by Ken Salazar, could not have been more poignant: He emphasized the importance of seizing opportunities, leading with integrity, and promoting a more equitable world at all levels. All lawyers then stood to take the Oath of Admission, which was administered by Chief Justice Rice. Immediately following the ceremony, new lawyers made their way to one (or more) of the three scheduled receptions, celebrating a day to remember and the fulfilling career prospects to come.

The Oath of Admission. 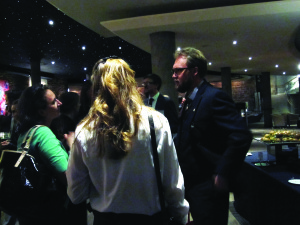 CU Law reception at Kevin Taylor’s at the Opera House. 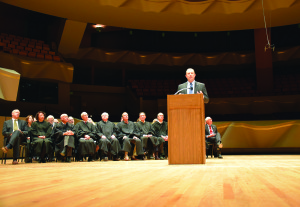 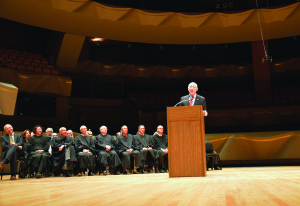 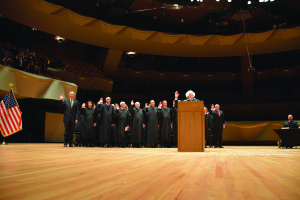 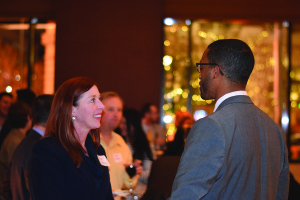 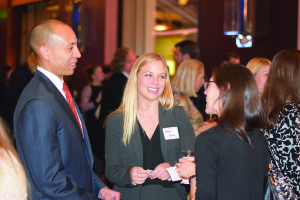 On November 19, more than 150 current and prospective DBA members convened at the EDGE at the Four Seasons Hotel Denver for a swanky soirée of productive networking. The steady inflow of enthusiastic participants attested to the fact that Denver-area lawyers want to be part of something bigger. Attendees enjoyed a sumptuous array of food and drink, trendy door prizes and the prospect of winning a pair of tickets to the 2016 Barristers Ball. Needless to say, learning about all the great things that the DBA has to offer was effortless and inevitable. 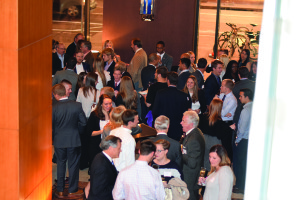 Denver lawyers took over the EDGE. 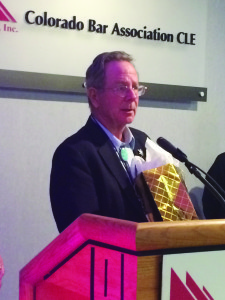 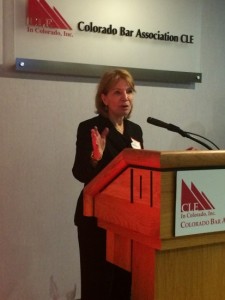 The 25th Annual Stand Down for Homeless Veterans took place on November 19 at the Colorado National Guard Armory. Approximately 500 veterans benefited from the event. CBA President Loren Brown and Immediate-Past President Charley Garcia were among those who volunteered to represent veterans. Governor John Hickenlooper was also in attendance.

The American Bar Association partnered with the Library of Congress and its Law Library to present an exclusive exhibit commemorating the 800th anniversary of Magna Carta. The Colorado Supreme Court and the University of Denver Sturm College of Law co-hosted the exhibit, titled “Magna Carta: Enduring Legacy 1215-2015.” It was on view at the Ralph L. Carr Colorado Judicial Center from November 9-20, 2015. 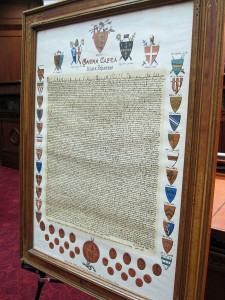 The Denver Bar Association Lawyers’ Touch Football League completed its 47th season on November 8, 2015. The Collateral Attack beat The Untouchables in the championship, 26-20. The season runs from the first Sunday after Labor Day through the first or second week in November. In recent years, the games have been played at Eisenhower Park in southeast Denver. Each team has seven players (lawyers and law students). The League suggests that each team roster have at least 13 players. If you are interested in fielding a team, or if you would like to participate in 2016, please contact John Stevens at jhs@giffordstevens.com. 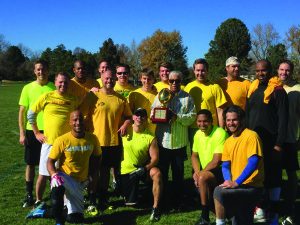 The Collateral Attack Team in all their glory.