Globally speaking, this year has lifted the curtain on a climate clouded by political divisions, cultural tensions and alternative truths. While the legal community has embraced the need for diversification, the time for action is now. When populism breeds xenophobia and empowers ignorance, it is more important than ever for the legal community to come together to protect the tenets of liberty and equality upon which this nation stands. As the marches that took place on January 21 remind us, our strength lies in the many dimensions of our diversity. We must never forget that the centrality of human rights to any nation is what makes it truly great.

In celebration of the multiculturalism that has fueled the American spirit, the theme for this year’s Barristers Benefit Ball in support of Metro Volunteer Lawyers (MVL) is “Around the World.” To echo Mark Twain’s words, “Travel is fatal to prejudice, bigotry, and narrow-mindedness, and many of our people need it sorely on these accounts. Broad, wholesome, charitable views of men and things cannot be acquired by vegetating in one little corner of the earth all one’s lifetime.” With that in mind, the DBA invites you to pack your (evening) bags for a world-class escape to EXDO Event Center on April 29. Purchase your ticket today!

For the past 51 years, MVL has served as a model for emulation when it comes to the provision of pro bono legal services. These volunteer lawyers have championed the income factor in the access to justice equation by offering free and low-cost civil legal services to those in need in the Denver area. Pro bono work — more than high-paying cases — makes lawyers “super lawyers” in the eyes of the many.

Colorado’s legacy of courageous “super lawyers” has been repeatedly spotlighted. On New Year’s Eve 2014, CBA Past President Charley Garcia penned a letter to Barack Obama, per the recommendation of Judge Kerry Hada, nominating Colorado lawyer Minoru Yasui, who had passed away in 1986, for the Presidential Medal of Freedom, the nation’s highest civilian honor. On November 16, 2015, Yasui’s name was unveiled as one of 17 honorees. The star-studded list included other charismatic icons, from Steven Spielberg and Barbra Streisand to Stephen Sondheim and Willie Mays. Yasui fielded the Presidential Medal of Freedom for reasons that were in a league of their own: He led a life committed to challenging the unjust treatment of Japanese-Americans during World War II. The Ralph L. Carr Colorado Judicial Center serves as an architectural reminder to do the right thing, even if it means standing alone — just as former Governor Carr did during World War II by welcoming Japanese-Americans to Colorado. In 1999, The Denver Post named Carr Colorado’s “Person of the Century.”

I encourage each of you to exercise your personal power to promote a more equitable society, today and every day. What goes around comes around, and I can assure you that it is a small world after all. 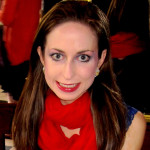