Coan, Payton & Payne, LLC is pleased to announce that attorney Jacob W. Paul has been elected to the Greeley Philharmonic Orchestra Board of Directors. Paul’s practice focuses on real estate, business, trademark, and copyright litigation.

Wheeler Trigg O’Donnell has won the Minority Corporate Counsel Association’s 2014 George B. Vashon Innovator Award for the category of Women’s Initiatives. The firm has been honored specifically for its Women in Leadership Lecture Series (WILLS).

Diana L. Powell, a shareholder in Gutterman Griffiths, PC, has been elected to the Colorado Judicial Institute 2014–17 board of directors.

Pendleton, Wilson, Hennessey & Crow, P.C. is pleased to announce that Anne-Marie S. Vos has joined the firm as an associate attorney. Vos’ practice focuses on employment law and general litigation.

Travis B. Keenan, PC is pleased to announce that John A. Hedges is now an associate attorney at the firm. Hedges joined the firm as a law clerk in 2011. As an attorney, he will focus on community association law, creditor rights, and real estate litigation.

Laura J. Kurzyna was recently promoted to Colonel in the U.S. Army Judge Advocate General’s Corp for the Army Reserves. She currently is commanding The 87th Legal Operations Detachment with locations in Colorado, Utah, and Idaho. 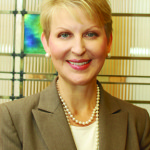 Coan, Payton & Payne, LLC is pleased to announce that Faith Betz has joined the firm. Betz represents clients in the areas of elder, probate and immigration law.

Spencer Fane is proud to welcome David S. O’Leary as of counsel to the firm. O’Leary brings experience in real estate development and local government law.

Tara L. Dunn has joined Perkins Coie as a senior counsel working with the firm’s business group. She represents public and private enterprises in corporate financial transactions. She also represents U.S. and foreign public companies in corporate governance matters and all aspects of registration and reporting.

Moye White LLP announced the formation of an ADR Practice Group. Concurrently, the firm announced that Jack W. Berryhill will join Moye White as a partner and a member of the ADR Group. Berryhill’s practice will focus on litigation, negotiation and settlement of family law issues. His practice also covers commercial and business litigation. Berryhill is joined in the ADR Group by Jim Burghardt (group chair and former managing partner of the firm), partners Ted White and Carrie Rodgers, and of counsel Jerry Conover.

Fortis Law Partners LLC is pleased to announce the addition of Annita Menogan to our firm as of counsel. Menogan has practiced for more than 30 years, both in-house and in private practice, with a focus on general corporate law, securities, corporate governance, executive compensation and M&A practice. Menogan most recently served as Senior Vice President, Secretary and Chief Legal Officer at Red Robin Gourmet Burgers, Inc.

Janis Ann Millspaugh-Oglesby died suddenly June 25. Jan was born to Richard and Andrea Millspaugh December 14, 1967 in Colorado Springs. She received her undergraduate degree from the University of Colorado and in 2001, she earned a law degree from the University of Denver. Jan had been employed in the past by the law firms of Bloch and Chapleau, and Thomas Plog and Associates. Jan is survived by her husband John Oglesby of Aurora; her step-children Chelsea and Alex and Alex’s fiancé Kaitlin Rains, all of Denver. She is survived by her parents Richard and Andrea Millspaugh of Overland Park, KS; her sister Julie House and husband Jeff House and nephews Isaac and Joshua House of Clayton, NC; and her sister Jenae Brown and fiancé Nelson Rodriquez of Walnut Creek, CA, and many aunts, uncles, nieces and nephews, and many friends. A life celebration was held at the Harvest Church on August 9th. In lieu of flowers, the family requests donations be made to Saint Jude’s Children’s Hospital or to the charity of your choice in Jan’s name. 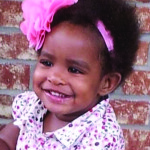 Charles L. Mastin II and Christine C. Mastin, both partners at Mastin Bergstrom LLC, are thrilled to announce the arrival of a new daughter, Fikre “Fikki” Wudassie Mastin, born March 11, 2013 in Awassa, Ethiopia. She arrived home to Colorado with her family on July 17.