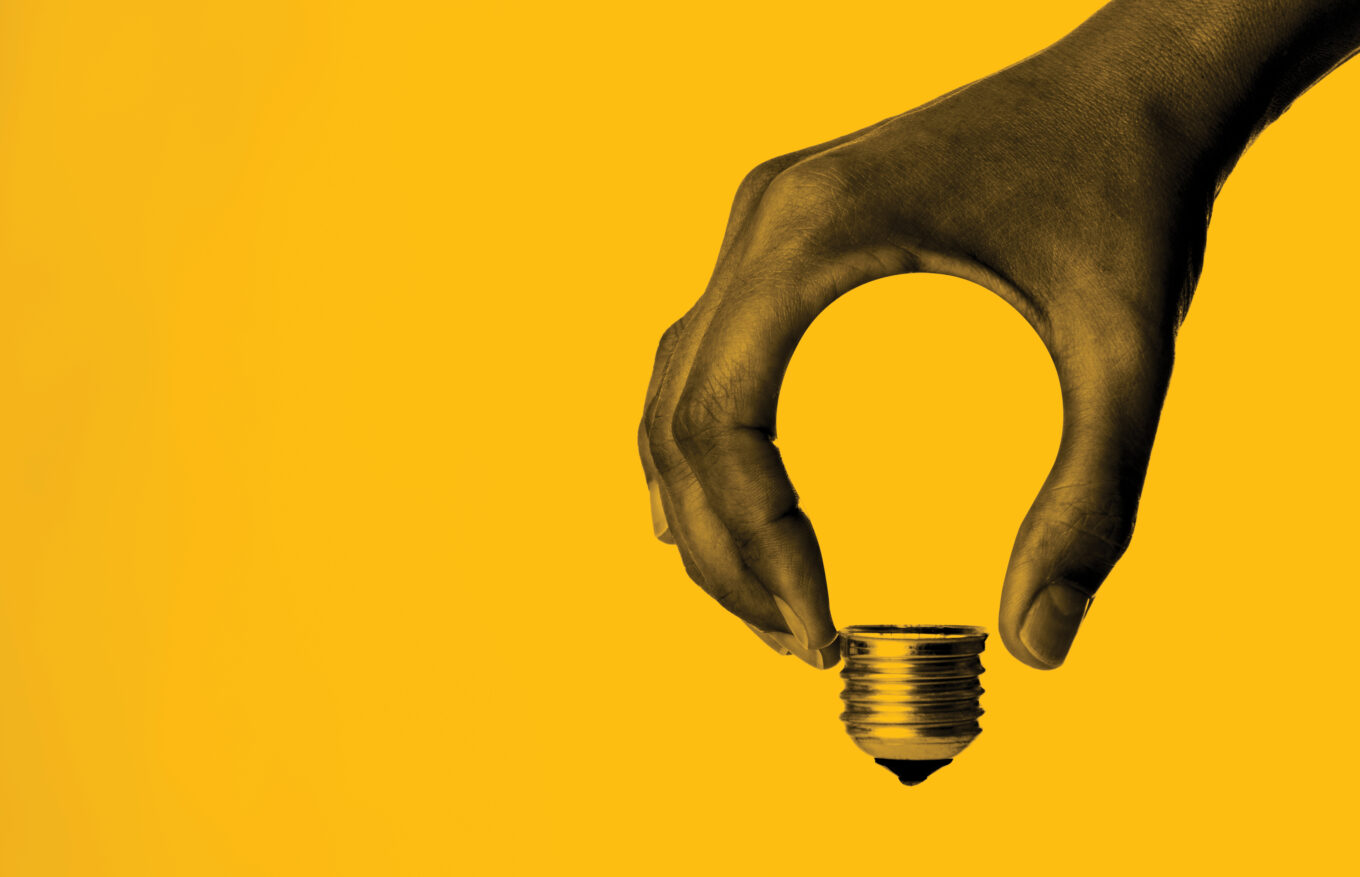 “The lawyer is a user of words; but like all such people, he must use them in a world of unexpressed and inexpressible experience. The description of an event can go on forever and still be incomplete. What is said is only part of what happens.”

The precise and technical nature of legal writing can not only be seen as an attack on creativity, but also an attack on character, for certain people. At first glance, legal writing and the concept of creativity seem completely incompatible. After all, legal writing is particular, it is technical, and it is predicated on structure. In contrast, creativity is un-mechanical, emotion-full, and often an expression of vulnerability. There is a similar incompatibility between the way the law speaks about people and who people really are. That incompatibility becomes evident when comparing the two modes the law uses to both talk about and engage with people: character and caricature. In his book Legal Imagination, James Boyde White writes that “character is the successful rendition of the personality: believable, full, complex, living and breathing.” Caricature, on the other hand is, “a way of talking about people that reduces them to single exaggerated aspects, to labels, roles, moments from their lives. It is narrow, two-dimensional, unconvincing.” Through the lens of character and caricature, we see just how the law’s legal language hinders creativity.

Creativity is a form of character. The Oxford English Dictionary defines creativity as, ​the use of skill and imagination to produce something new or to produce art. One way creativity is showcased is through musical expression. This paper is predominantly concerned with the hip-hop (rap) genre, as it is a genre made up primarily of black artists. A google search of “most popular music genre in 2021” will show you that hip-hop (rap) music was the most popular genre in 2020. The ‘R&B/hip-hop’ category made up over a third of all plays according to Billboard. Despite being the most popular music genre in the world, it seems that the law does not always celebrate black creativity in the form of musical expression in hip-hop, as it does other genres of music. White’s framing of character would allow us to view hip-hop, as a form of personal expression and thus a rendition of personality. With that in mind, we must ask ourselves why this form of expression, part of the character of such artists, often finds itself in tension with the law. This tension comes from a legal system that punishes black artists’ use of creative expression, because of the legal system’s known history of engaging with black people as caricatures instead of characters.

The law has an inherent inability to engage with rappers as multifaceted individuals, due to its refusal to engage with character over caricature. This is because legal writing in its attempt to convert life into a single story made up of the elements of the crime is used to tell us all we need to know about the person involved (that is, whether they did the crime or not) makes everything else, the things that make up a person’s character, irrelevant. In the case of rap as creative expression, and thus a display of character, the result is a policing of black creativity in the legal system.

Black people are disproportionately burdened by the legal system. This is true even in the intersection of the law and music. White’s notion of caricature helps to understand why. The caricature of a person is an accumulation of flat characteristics, namely stereotypes and stock stories, that don’t tell much about a person beyond a singular moment in time. These stereotypes, cognizant or not, inform how the legal system interacts with black people. To see the direct link between such stereotypes and the detriment to creative expression of black artists, one has to look no further than to Maryland.

In Maryland, the state’s highest court recently held that rap lyrics could be introduced as admissible evidence against a defendant in a criminal proceeding. Luckily for artists here in Colorado we have no such law on the books. There, the court held that “rap lyric evidence has heightened probative value, and is admissible as substantive evidence of a defendant’s guilt, when the lyrics bear a close nexus to the details of an alleged crime.” The court reasoned this was because such lyrics make it more probable that the defendant committed the alleged crime. Such a holding illustrates the dangers of people’s experience, lived or imagined, being condensed to simple stock stories. To punish one genre and not others is to single out the experiences (an element of character) of black artists by labeling such experiences under a single story. The story being that, as rappers, their creative expression can be used against them in a criminal proceeding to prove the only thing the law is concerned about: that they are guilty of the accused crime.

The precision of legal language is a detriment to the creativity of a black rap artists, more so than their white counterparts in other genres. The precision of the word “rap” in the court’s holding is telling of many things, one of them being that this law will disproportionately affect back people. The use of the word “rap” illustrates with the law tries to hide, that it does not engage with every person in a an equal way. Here, the result is that some music, by the nature of the people creating the music is deemed to be evidence rather than a creative outlet. Other genres of music, specifically country and rock and roll, share similar themes of assault, drugs, and violence. The comparison is not to say that these themes should be “welcomed” by any means, but rather to show that if the courts want to use someone’s creative work against them all music should be subject to admissibility and not just rap music. In punishing the rap genre alone, courts assume the truth of such lyrics (disregarding the fact that such lyrics might be entirely made up , despite their closeness to real live events– or not) and then punish the creative pursuits of black artists. That is to say that rap artists, like their counterparts, use a mixture of both their lived experience and their creativity to inform their music.

In punishing creativity, by holding rap lyrics as admissible evidence, the law punishes the character of black artists. This raises the question of whether legal institutions are ever interested in who people really are. The short answer is maybe. White writes about the possibility of evil that can come from the use of a precise language to express precise ideas. Here, the precision of language showcased by the use of the word “rap” in the court’s holding may be one of those evils. For some people then, it seems that their creativity is incompatible with the technical nature of the legal language.

The truth is that holdings like the one in Maryland not only have creative implications for black rappers, but also disregard certain socio-economic truths. In Maryland people of color, and specifically black people, are overrepresented in prison and jails. In 2010, there were 1,437 black people incarcerated in Maryland for of every 100,000 people in that racial group. Brining these number and statistics closer to home, in the same year here in Colorado that number was almost triple at 3,651. These numbers are alarming, especially as it relates to Colorado as the most recent census showed that the racial composition of Colorado was only 4.6% Black or African American compared to 86.9% White. There is a parallel between the disproportionate number of incarcerated black people living in states like Maryland, and here, to the holding of the Maryland court that once again disproportionately affects black people. The parallel is that the law continues to have overwhelmingly adverse effects on black people.

In the end it seems that the law doesn’t fully embrace the true character of people very well, because of the incompatibility of creativity and legal language. A conclusion that becomes more evident with the emergence of laws that directly impact a predominantly black musical category. Caricature is the main mode of accepted expression for people’s identities, with the law showing little interest in any character’s “roundness.” 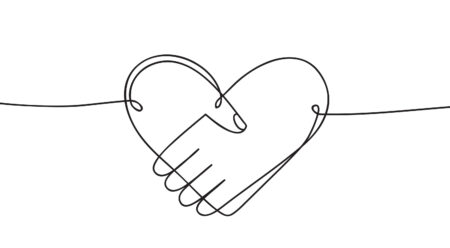 ‘An Attack on One, an Attack on All’: The Denver Legal Community’s Duty to Stop Asian-American Hate

by April D. Jones ‘The news coverage of the March 16 shootings targeting Asian Americans in Atlanta, Georgia, put on display something that is all..
Read More