If you practice in criminal law or family law, chances are you have had a client with posttraumatic stress disorder (PTSD). Attorneys must be aware of ethical obligations and communications-related issues that may arise when representing a client with PTSD or related trauma disorders. A basic understanding of PTSD and knowledge of available programs for affected clients will allow attorneys to represent this growing population in an effective manner.

The U.S. Department of Veterans Affairs defines PTSD as “a mental health condition that develops after directly experiencing or indirectly witnessing a violent or accidental life-threatening event.’ The body’s natural response to traumatic events varies and can include insomnia, anxiety, irritability or involuntary intrusive recall (nightmares and “flashbacks”). The persistence of these responses can lead to feelings of alienation, diminished interest and ultimately a diagnosis of PTSD.

While terrorist acts, auto accidents and domestic abuse are common events associated with PTSD in the United States, the repetitive exposure to combat trauma that war veterans endure places them at high risk for developing PTSD. Dr. Calvin Neptune III, a retired psychotherapist who treated combat veterans at the VA Hospital in Denver for more than 30 years, describes the rise of a new standard: “[During Vietnam] most combat soldiers fought during one tour and then came home. Now, with perpetual warfare in Iraq and Afghanistan, soldiers are taking five and six tours within war zones.” Combat veterans are repeatedly exposed to shocking and dangerous events and are then expected to maintain a semblance of normalcy and fit in when they return home. Dr. Neptune says that the U.S. Army teaches soldiers how to be professional combatants but not how to cope with the stresses of combat after their tours are complete.

“When returning home, combat veterans may develop anger, aggression, impulsivity and trust issues with authority,” says Dr. Neptune. They often seek to extricate themselves from symptoms caused by trauma. Alcohol and other substances may initially provide escape, but the solution is a temporary one that has often led to domestic conflict and criminal matters.

The Colorado Rules of Professional Conduct (Colo. R.P.C.) Rule 1.2 requires that attorneys abide by a client’s decisions concerning the objectives of representation. The objective could be a divorce or a not-guilty verdict. An attorney is required to “explain a matter to the extent reasonably necessary to permit the client to make informed decisions regarding the representation” (Colo. R.P.C. 1.4(b)). In criminal matters, it is ultimately the client’s decision, after consultation with the lawyer, whether to enter a plea, waive jury trial and testify.

Attorneys should first be aware of a client’s military service history and have at least some knowledge of what it means to be diagnosed with PTSD. They should, at a minimum, be familiar with common symptoms and behaviors so that they can tailor their counseling and effectively communicate with clients who have experienced trauma.

If an attorney suspects or knows that a client suffers from PTSD, it may be clear why she makes decisions that are contrary to her best interests. Avoidance, guilt and self-abuse are also common among PTSD victims. During representation, an attorney may need to counsel PTSD victims out of settlement offers that are self-defeating and identify and mitigate self-destructive behaviors when the client is engaged in the legal process, such as the client not showing up for court appearances. Attorneys who can identify PTSD as driving client conduct can successfully implement alternative communication methods to counsel the client in the legal decision-making process. Identifying the presence of distorted thoughts and behavior resulting from PTSD can help shape the best approach to communicating objectives, prioritizing issues and developing options in order to identify a positive result for the client.

Alternative venues may also provide solutions for veterans suffering from PTSD. One answer, at least in criminal matters, is Veterans Treatment Court (VTC). Judge Bonnie McLean oversees the problem-solving courts in Arapahoe County Combined Courts, including the VTC. Judge McLean says that the veterans in the VTC have already entered a plea before they come into the program. Men and women veterans in this court have been convicted of both misdemeanors and felonies. Judge McLean says many of the veterans have been convicted of DUIs.

The attorneys involved in the VTC have been through specialized national training concerning mental health issues and substance abuse associated with PTSD. The court also works with the VA and individual providers (when a veteran has been dishonorably discharged) for trauma treatment. Diagnosis and treatment for PTSD is a large part of this program, which combines the efforts of prosecutors, defense attorneys and mental health professionals. Judge McLean says that the VTC is on track this year for a 95 percent graduation rate, making it the most successful problem-solving court she oversees in Arapahoe County.

The VTC offers important lessons for attorneys representing combat veterans in both civil and criminal venues. By requiring judges, prosecutors and defense attorneys to become educated about psychological aspects and interventions tailored to PTSD and trauma, these programs confirm the need for education and the adoption of a specialized approach in cases involving PTSD.

As long as attorneys practice criminal and family law, they will serve clients with PTSD. Attorneys should seek education and training on PTSD in order to communicate with clients effectively and achieve client objectives. For more information about PTSD, visit ptsd.va.gov. D 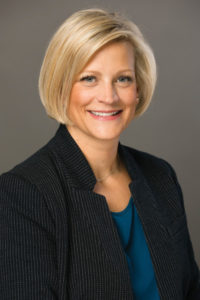 Brooke Meyer is an associate at Fisher & Associates, P.C., where she practices in the areas of employment law on behalf of employees, family law and attorney discipline defense. She is a former Assistant Regulation Counsel at the Colorado Office of Attorney Regulation Counsel and former Assistant Attorney General, Litigation Section, at the Colorado Attorney General’s Office. She can be reached at bmeyer@yourcoloradolawyers.com.