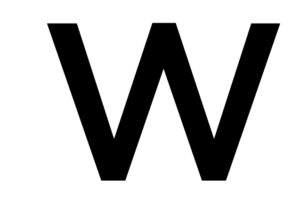 hen she called me she was seven months pregnant and six months off heroin. I’d defended her in cases before, but this time it was more serious; she’d been caught with junk in her bra when attempting to visit her boyfriend, who was in jail. She looked hale and hearty when we met to plan what to do. I’d also been her boyfriend’s lawyer but he was in too deep for me to help him by this time. I could, however, I hoped, help her.
It was a period when I’d had way too many addicts for clients, mainly opiates users. I saw junkies every day out the window of my apartment and wondered if they were getting help, if they even wanted help. Skinny kids in hoodies, chain-smoking, shooting up in broad daylight along Speer Boulevard, or in Civic Center park. The needle drop was in the parking lot of the King Soopers on 13th and Speer. I just wished more of the kids would use it, rather than strewing their used needles along the bike path by the creek. But it’s obviously not just kids. I watched out my window one sunny afternoon when a guy who looked to be in his late-40s rolled up in a wheelchair to the triangle where 9th Avenue, Speer Boulevard and Bannock come together. He sat there on the side walk until two kids walked up and spoke with him. Then one kid cooked the heroin behind a utility box and the other tied off the guy. They shot him up, just before a squad car rolled slowly by. The cop kept going, the kids booked it to Sunken Gardens and the guy in the wheelchair eventually rolled north up Speer.

I remembered the last time heroin really hit Denver, in the early-to-mid 1990s. I’d walk my dog and my daughter around Cap Hill and notice that crack vials were slowing being replaced in the gutters with used syringes. Thank you, Kurt Cobain. The Alfafa’s on Ogden and 11th did good business in the late mornings selling wheat grass to users whose systems were backed up. I heard one guy ask the man behind the coffee bar what wheat grass tasted like. The worker looked the guy up and down and said, “Grass. It tastes like what it is. Like grass.” The awkward inquisitor shrugged and gave it a try. I sipped my espresso and took it all in. That seems so long ago, but the users today look just like the users of the 90s, except that now they all have cell phones.
Last I heard the cartel guys on the West Side were sending the black tar in to apartments on Cap Hill, to avoid noticeable street-side hand-to-hand transactions. There is rumored to be a guy with a complicated electronics system that detects wires who lets the delivery boys in to meet people at his place. He gets free dope and nobody is the wiser. You don’t want to cross the cartel guys. They are well armed and short tempered.

My pregnant client’s guy wasn’t a cartel guy, just a ghost on the streets, a kid from a solid family, but also a kid with serious baggage. Meth shooter, heroin and meth dealer, smooth talking, well-dressed usually. Then he got hooked on the tar, and she was soon to follow. He’d done federal time and state time and come out wiser but not wise enough. I’d tried to arrange a meeting before he got busted, and then she got busted, but he was too paranoid to even park the car and come up to the meeting. She’d obviously been chasing the dragon and wasn’t in good shape herself. She smelled like death, to put it mildly. My Russian guy Roman had set up the meeting, mainly to try to help her, since he knew her family. She’d already lost a daughter in a custody battle and felt like the whole world was against her. She couldn’t hold a job and she couldn’t kick the heroin, and the two go together all too often. She was in a dark place.

However, she was young and strong and I had faith in her, even if she didn’t have much in herself. Roman agreed that it was worth the effort but it wasn’t until she got busted at the jail that she started taking it seriously. She finally met a decent guy in rehab, one who was also willing to put in the work to get straight. Her probation officer was wonderful and worked hard to keep her safe and clean. I’d show up in court for her reviews and she seemed healthier every time she showed up. Then, after many delays (fines to pay, meetings to attend, a pregnancy to handle), she was released from supervision. I’m happy to say that the baby is beautiful and well-loved. She and the new guy have bought a house out of town and I’m glad she’s on the up and up. I’ve lost a number of clients over the years to guns, drugs, booze, and chronic cluelessness. I didn’t want to lose this one. Not this time. D 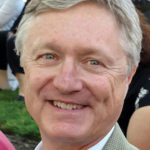 Greg Rawlings has practiced criminal law in Denver since 1993 and written for the Docket since 1994. He spends his spare time painting, biking, hiking and writing.

One Response to “Heroin In Denver – A Case Study”