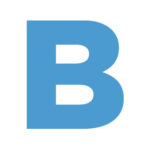 riefs are too long. Some cases warrant lengthy briefing. Most do not. Shorter briefs are about more than judicial preference. Brevity strengthens your writing, clarifies your points, and pleases your audience.
A rarely addressed problem is citing too much authority. When proofreading, many attorneys check a citation’s format and confirm it supports a proposition. But few assess whether to cut the citation or replace it with a better one.
Citations are about judgment. Consider these points.

String Citations Are Not a Problem; They Are a Symptom of a Problem
Nearly every legal writing CLE has a PowerPoint slide dedicated to the irredeemable brutality of string citations. Usually the presenter provides an exaggerated illustration like this:

Less is More: Choose the Appropriate Type and Number of Authority
Shed your collegiate habits. Briefs are not a way to show how much research you did, or how smart you are. I that understand the hours you spent researching the intricacies of replevin were tiring and frustrating, and how few people have the command of replevin you now possess. And I understand that this hard won mastery of replevin should go towards something. But not your brief.
Your brief has one goal: persuade your audience. If a citation does not help this goal, cut it. Have a reason for every citation you include. Tie that reason to how the citation persuades your audience.
Not using every citation is counter intuitive. If you have the space you want to use every arrow in your quiver. But too much authority weakens a brief. Citations add length which means more time for your audience to lose focus and patience. You may lose credibility as your audience wonders why the brief is citing unnecessary authority. Too much authority also drowns substance in waves of citations.

One proposition, two citations. Why cite two sources? Both are direct citations, meaning there is no signal (e.g. “see also”). The absence of a signal tells the reader the citations directly support the entire proposition. If they both support the entire proposition, you do not need two sources.
Choose one. If the General Assembly chooses a statute of limitations, it codifies this selection in statutes. These statutes bind courts. Here, the statute is clear. When Colburn states the statute of limitations, it is paraphrasing but not interpreting the statute. So the case adds nothing you do not get from the statute. The statute is the strongest authority. It is clear. Cut the case cite.

Whether to also cite the statute is a judgment call. Although the case is probably sufficient, the statutory citation may help if a court wants to check for amendments or ensure Colburn correctly interprets the statute. This is a strategic decision and may depend on what your opponent contests.

A plaintiff may only succeed on a claim of denial of procedural due process if a state government injured or revoked a constitutionally protected property interest without proper procedural protections. U.S. Const. amend. XIV, §1; Schanzenbach v. Town of La Barge, 706 F.3d 1277, 1283-84 (10th Cir. 2013).

Only the case citation is necessary. The constitutional citation adds nothing. Case law, not the Constitution, establishes the contours of procedural due process. Unless your argument hinges on a textual analysis of the Due Process Clause (unlikely), there is no need to cite the clause.

The Due Process Clause prohibits state governments from depriving any person of life, liberty, or property without due process. U.S. Const. amend. XIV, §1. See also Schanzenbach v. Town of La Barge, 706 F.3d 1277, 1283-84 (10th Cir. 2013).
The citation to the Fourteenth Amendment without any signal tells the reader the Amendment directly states the proposition. The use of “see also” tells the reader the case supports the proposition, but does not directly state it. But a reader cannot tell why the case citation exists. It might add something; it might not. If you have a direct citation followed by a signal word with more authority, you will usually need to state why you included that new authority. Here, either add a parenthetical or cut the case citation.

Five citations from four sources. This paragraph explains the general law on pleading fraud. A trial court is probably already familiar with these propositions and does not need a full backstory. Even so, surely one case supports all of these propositions. Do not cite five different sources when one suffices.
Showing several courts have dismissed complaints that plead fraud adds little. After all, what if the other side could cite more cases where courts did not dismiss such complaints? This is a fact-specific analysis. What matters is how the law applies to the complaint in your case. If the complaint’s allegations are close to a case you found, great. If not, more cases will not make a difference.
The ideal authority is one case that supports all these propositions and dismisses a complaint with the most analogous allegations to your case. Next best is one case that supports all these propositions and dismisses a complaint for the reason you advocate (e.g. not identifying who made the false statements) even though the allegations are very different.

Meaningfully Choose Your Authority
If the answer to “Why is this citation here?” is “Because it supports the proposition” then you have not thought it through. This answer explains why you have a citation (as opposed to no citation). But it does not answer why you included this citation. Consider the same question rephrased: of the universe of all authority that supports the proposition, why have you chosen this one?

Step 1: Choose the Appropriate Type of Authority. Often multiple authorities lend support: constitutions, statutes, regulations, case law, legislative history, treatises, dictionaries, articles, etc. Have a reason why you chose one type of authority over another. Why cite a statute and not a case? Why a case and not a treatise?

Step 2: Choose the Appropriate Source. Once you decide on the type of authority, choose a particular source. For example, after you decide to cite case law you must decide which case to cite. Why cite this case instead of that case when both support the proposition? Potential answers include:
• It is the most recent high court decision that makes it the most authoritative case law on point.
• It is the seminal case that all the other cases cite.
• We rely heavily on this case later in the brief so it will make the court’s life easier by having fewer cases to examine.

No one answer is better than the other and this list is not exhaustive. Attorneys may differ. Bottom line: have a reason for everything you do.

Conclusion
Citations are necessary and clunky. They can be powerful and detracting. Think carefully about them. Use them intentionally and thoughtfully.  D

See http://cbaclelegalconnection.com/?s=Good+Advice%2C+Better+Advice for a version of this article with additional notes and citations. 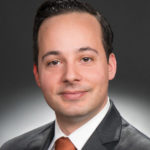 Michael Blasie is a Staff Counsel at Wheeler Trigg O’Donnell LLP who authors the brief writing chapter of the Colorado Appellate Law and Practice treatise. He graduated from NYU Law School and clerked for Judge David Richman of the Colorado Court of Appeals. He also serves as a volunteer firefighter for the City of Golden.