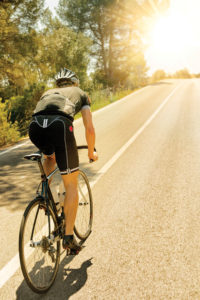 I participated in the 27th Courage Classic bicycle tour to benefit the Children’s Hospital Center for Cancer and Blood Disorders. The two-day 157-mile bike ride through Summit County raises money for Children’s Hospital Colorado, an internationally-renowned facility that focuses on the treatment of children, adolescents and young adults with cancer and non-malignant blood diseases. The Courage Classic is as much a bike tour as it is a fundraiser because each rider is required to pay a $60 registration fee and raise a minimum of $500 to participate. This forces riders to become personally invested in the event and fully represent the cause.

I first learned of the Courage Classic in February when the bar association co-hosted an event with CLE International on World Cancer Day. Kim Rackley of CLE International spearheaded the event, which attracted approximately 40 guests, including Children’s Hospital Colorado supporters, Wheels of Justice team members and those interested in learning more about the ride. At the event, Mrs. Rackley’s teenage son, Kai, courageously spoke about his experiences as a two-time Leukemia survivor and bone marrow transplant recipient. The event was so inspirational that I was motivated to join the Wheels of Justice team.

The Wheels of Justice is the largest cycling team to ride annually in the Courage Classic. In 2005, with the support of the Colorado and Denver Bar Associations, Heather Purcell and Aaron Bradford formed a team of attorneys to participate in the Courage Classic. The underlying goal was to be the top fundraising team each year. In its first three years, the Wheels of Justice raised more than $500,000 for Children’s Hospital Colorado. Since then, the Wheels of Justice has raised more than 2.6 million dollars. In 2016, the team raised $345,000 with 238 riders from various law firms, corporations and nonprofit organizations.

I was excited to join such an amazingly successful team. I was also nervous, as I previously only cycled as a means of transportation. Aside from the single-speed bike I use to loll around town from time to time, I did not own a road-worthy bike. In fact, I had never even been on a road bike prior to my decision to join the Wheels of Justice. I was not concerned about my inexperience, however, because the riders on the team raved about the natural conditioning that resulted from group rides.

I then started researching road bikes to purchase. As I narrowed my search, unfortunately, the unthinkable occurred: I tore my MCL while snowboarding in the slushy spring conditions at Arapahoe Basin. I was completely out of commission and physically unable to start any sort of training regimen until June 2016. One month before the start of the race, I started to feel like I would be able to ride. I spent approximately two weeks doing everything I could to prepare. I engaged in a handful of hilariously awkward conversations with cyclists about road biking. I rode a stationary bike a half dozen times in an attempt to bolster my endurance. I even watched short videos of bicycle races to learn about cycling etiquette.

Leading up to the Courage Classic, I had attended many events sponsored by the Wheels of Justice and had raised the funds necessary to participate. I felt fully committed to the cause. As I had not purchased a road bike because of my injury, I was forced to rent a road bicycle from a bike shop in Denver and drove to Summit County.

I will never forget the excitement I felt while sitting on my rented bicycle in the back of a sea of brightly-colored sleek fabrics and elegant customized bicycles. I did not have a pair of spandex shorts, so I simply wore gym shorts. It did not take long for me to learn why that was a mistake. I rode for seven hours without any padding as security and protection.

When the Courage Classic finally began, I watched as thousands of cycling enthusiasts made their way through the floodgates with unfettered human power. As my training was severely limited, I was not in a rush. The first few miles were the most enjoyable. As I twisted and turned away from Copper Mountain through Vail Pass, I reveled in the beauty that surrounded me. I rode on quiet country roads with other cyclists sailing on the pavement in silence. I felt a sense of joy as I caught sun-splashed glimpses of the most amazing landscape in Colorado. It was a true feast for the senses.

The first 10 miles of the Courage Classic were rather subdued because they were mostly downhill. At the time, I hadn’t even considered the uphill return to Copper Mountain. Out of sheer stubbornness and an innate desire to compete, I pushed hard to overcome every cyclist in front of me. I found myself burning huge amounts of energy in the process. As soon as I reached Vail Mountain, I decided not to take a break but to continue on with my journey.

The ride back from Vail Mountain brought with it a tough lesson in pain and pacing. I caught myself attempting, once again, to surpass other riders, but, unfortunately, the lack of training started to take a toll on my body. No matter how hard I peddled, the groups of riders stayed the same distance or created even more distance as I dangled in the background, expending all of my energy. I did not have the legs or lungs to properly pace the ensuing 11-mile climb to the top of Vail Pass. I spent the second part of the Courage Classic feeling a combination of nausea, dizziness, shortness of breath and burning limbs.

The return to Copper Mountain proved to be extremely challenging. It was the most aggressive cycling I had ever experienced. About halfway through the second leg, I heard someone shout “crash” right around a sharp turn on a narrow road. Suddenly, the line in front of me parted, and I could see the bodies of several riders on the ground right in front of me. They must have gotten tangled up. Without thinking, I instinctively hit the brakes and came to a complete stop. I regretted that decision as I tried, but failed, to rebuild momentum.

I cannot remember how long the uphill climb took, but it sure seemed like a lifetime. I enjoyed the downhill aspect of the race but found myself crawling uphill en route to Copper Mountain. I heard many other sentiments from other cyclists, such as “hold your line,” “slowing,” “on the right” and “on the left.” I even met several cyclists while riding. One gentleman rode alongside me for a few miles. He was on an older bicycle. After sparking up a conversation, I learned this was his first race as well. He seemed to be handling it just fine. His confidence made me want to push through the pain.

After making it back to the peak of Vail Pass, the last three miles were a breeze. There were signs that informed riders of the distance that remained. When I reached the final mile, the only thing I could think of was finishing the race. A few minutes later, as I reached the finish line, my body shut down. Not surprisingly, I could not compete in the second day of the Courage Classic. I was simply too worn out.

For those thinking about joining the Wheels of Justice next year, I will tell you the most important things that I learned. First, you have to remember this is not about winning. You win through participation. The Courage Classic is about charity. It is about becoming a hero to those who need a champion in their lives. By joining the Wheels of Justice and riding in the Courage Classic, you prove one person can make a difference. Through commitment, passion, and a willingness to fight for something bigger than the individual, your efforts produce positive change in our society. It is a lesson we should all take to heart.

Second, it does not matter if you are a beginner or an experienced rider. Do not make excuses. Join the Wheels of Justice team and start training with like-minded, similarly-situated Colorado-based professionals. If you want to start sooner, investigate local group rides. Oftentimes, bicycle shop rides and club rides offer groups for riders of differing levels. When I start training for next year, I plan on finding a beginner group with a leader that can help with skills and endurance.

Overall, my experience in the Courage Classic was inspiring. The thousands of other participants made me feel welcome and supported. The volunteers were encouraging, providing high-fives to people they did not even know. There was an amazing sense of community. I was so proud to participate in such a life-promoting event. In 2017, I plan on training to ride a complete race. If you have any other questions, shoot me an email at bowman@copihelp.com or go to wheelsofjusticecycling.org. D 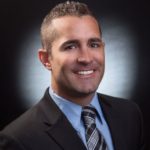 Jerry Bowman is a personal injury attorney at Bowman & Chamberlain, LLC. He is highly involved in the CBA YLD and Small Solo Firm Section and was recently invited to serve as a committee member chair of the Colorado Trial Lawyers Association.