The Colorado LGBT Bar Association hosted its Annual Awards Dinner on October 26 at the Seawell Ballroom at the Denver Center for the Performing Arts. The event celebrated and honored individuals whose work has helped advance the rights and representation of LGBT+ Coloradans.
Each year, the LGBT Bar Association honors one of its own attorneys for extraordinary work in the profession. James Coyle, former Attorney Regulation Counsel, was this year’s Attorney of the Year.
The Ally of the Year Award was presented to the Masterpiece Cakeshop legal team, including Paula Greisen of King & Greisen and Sara Neel and Mark Silverstein from the ACLU of Colorado. Colorado’s own Charlie Craig and David Mullins, litigants in the Masterpiece case, introduced their team as the award recipients.
The inaugural “Chief Justice Nancy E. Rice Trailblazing the Bench” Award was presented to retired Chief Justice Rice for her lifetime of service increasing visibility of LGBT Coloradans and overall diversity in the legal profession, particularly on the bench. Chief Justice Rice delivered a touching speech about her own experience as a young LGBT person.
In addition, the Colorado LGBT Bar Foundation awarded Summit Scholarships to local law students Kevin Miller and Dana Steiner of the University of Colorado and Benjamin Jimenez of the University of Denver. The Summit Scholarship fosters inclusiveness in the legal profession by providing financial assistance to deserving Colorado LGBTQ-identified law students who have shown strong academic promise and community engagement. 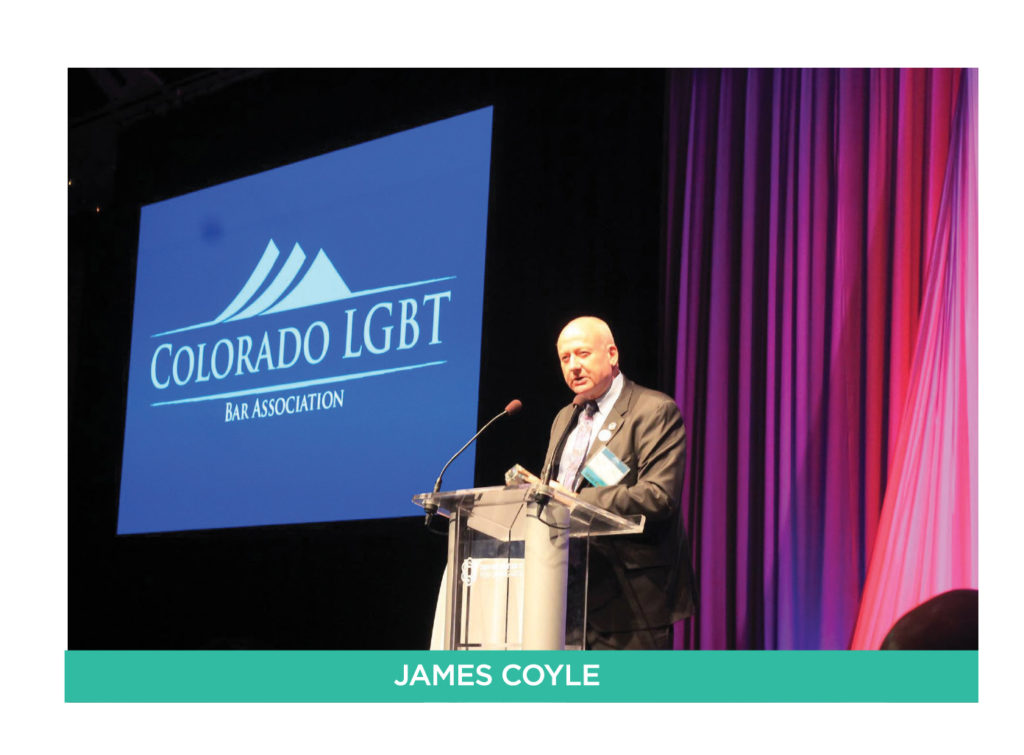 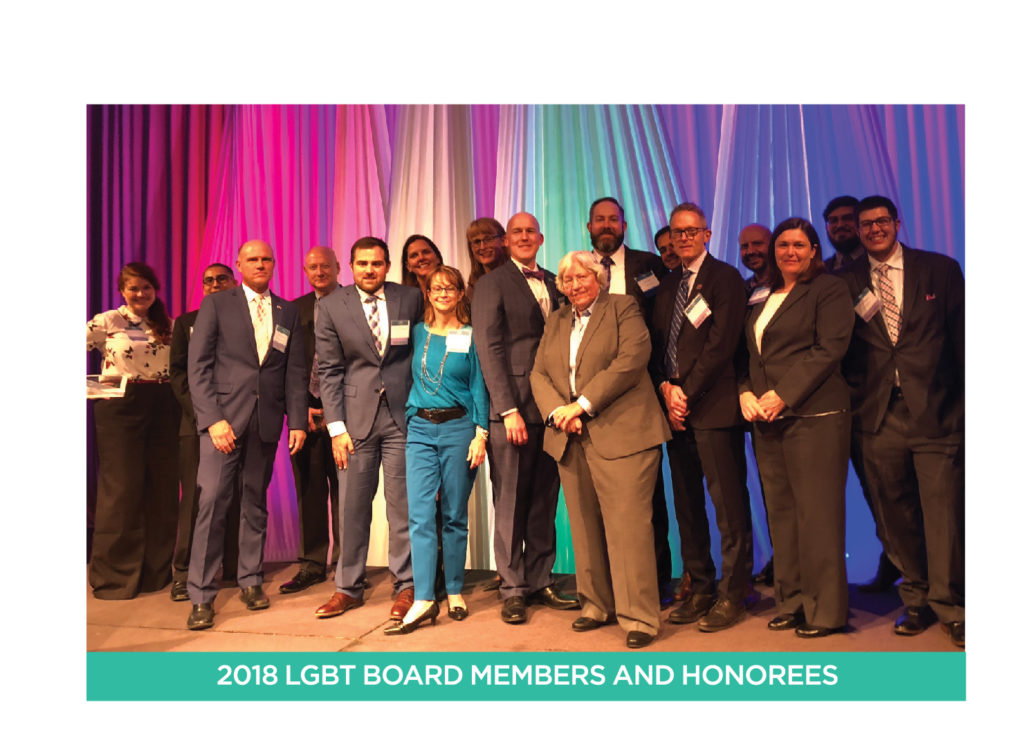 The candidates for Colorado Attorney General debated a variety of hot topics and current Colorado affairs in the Turnhalle Room in the Tivoli Student Union on October 23. Republican George Brauchler, Libertarian Bill Robinson, and Democrat Phil Weiser all spoke and discussed their political views in hopes of garnering support and votes from their constituents. 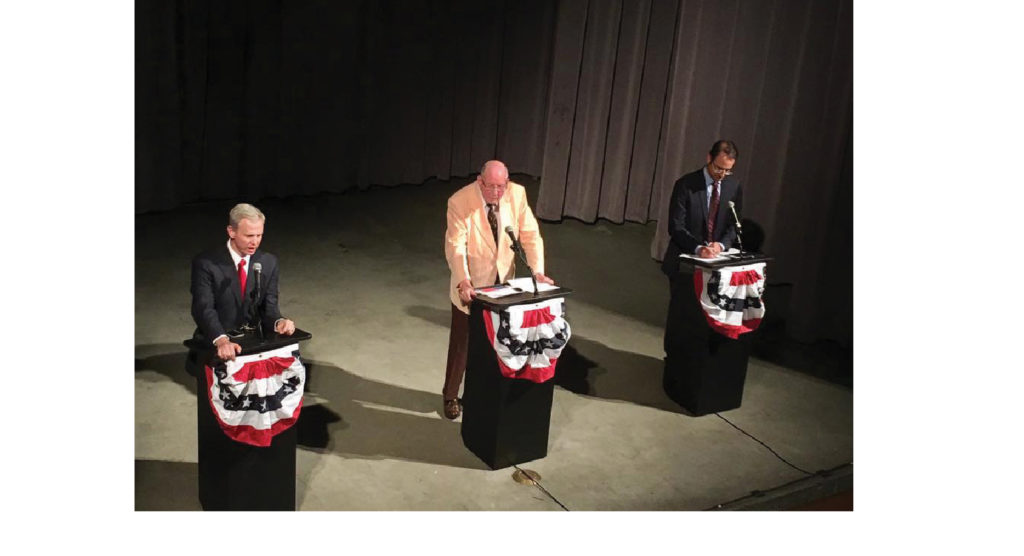 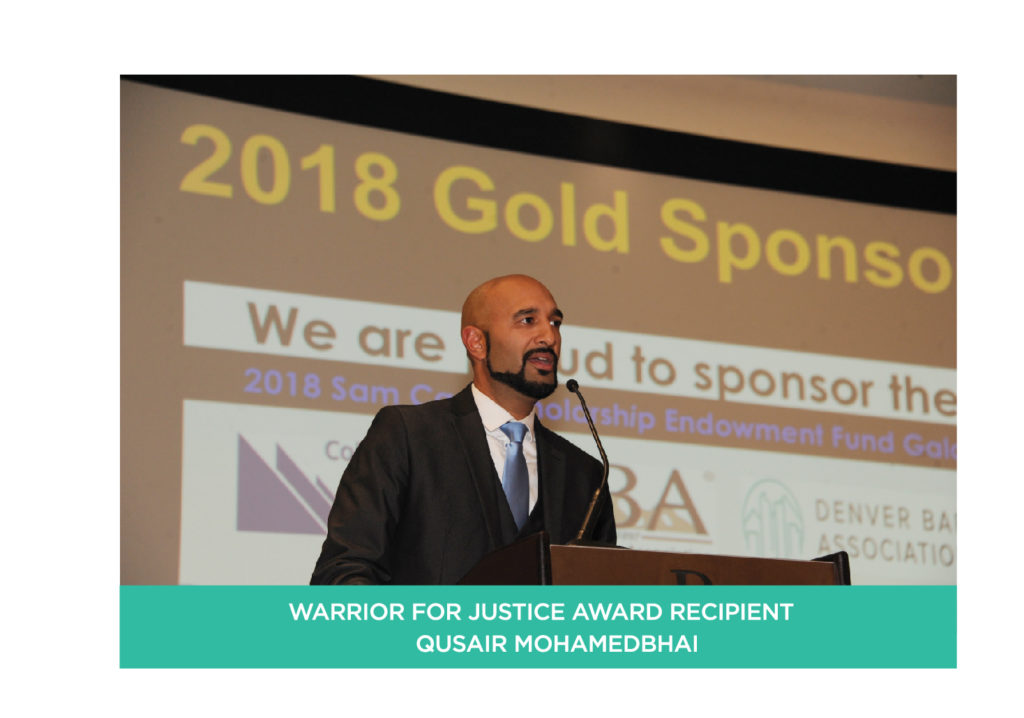 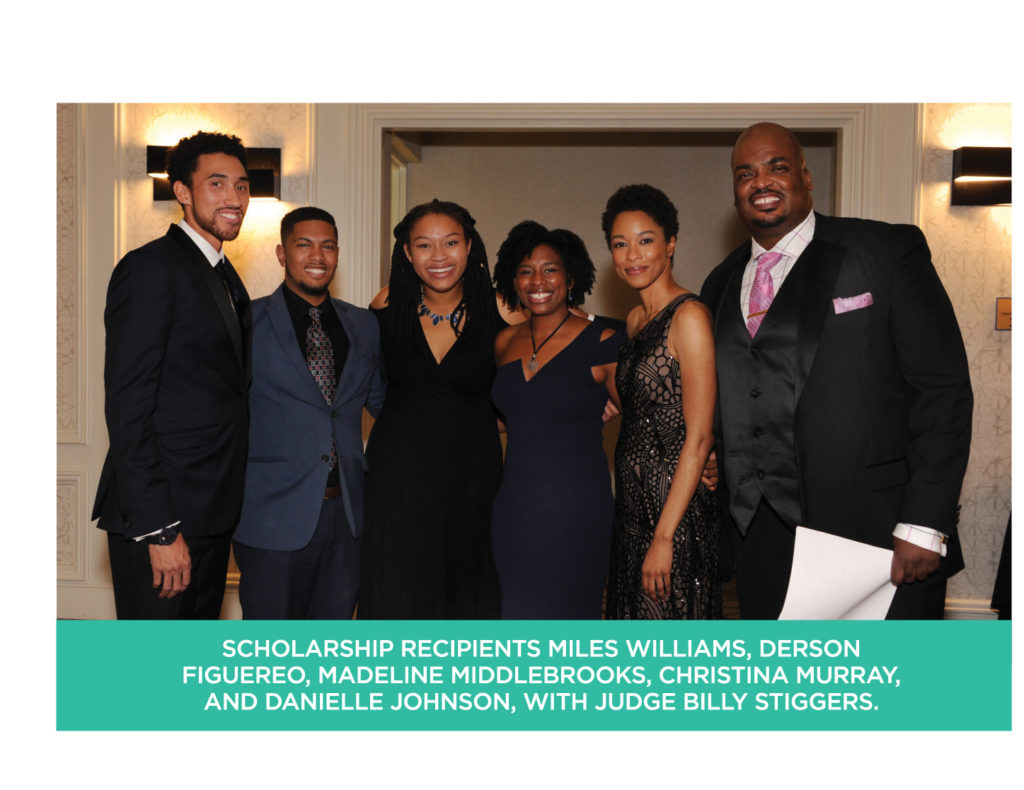 On October 16, 2018, members of the Denver legal community gathered to honor the “DU 8”: Lucy Marsh, Nancy Ehrenreich, Kris McDaniel-Miccio, Catherine Smith, K.K. Duvivier, Joyce Sterling, Celia Taylor, and Sheila Hyatt (deceased). The celebration, co-sponsored by the CWBA, the CWBA Foundation, and 106 other organizations and individuals, recognized the courage and persistence of the University of Denver professors who were involved in the recent gender pay equity litigation. After a two-year investigation, the EEOC found that DU had violated the federal Equal Pay Act by paying women professors at the Sturm College of Law less than their male counterparts. In May 2018, the University agreed to a $2.66 million settlement for Marsh and six other professors. 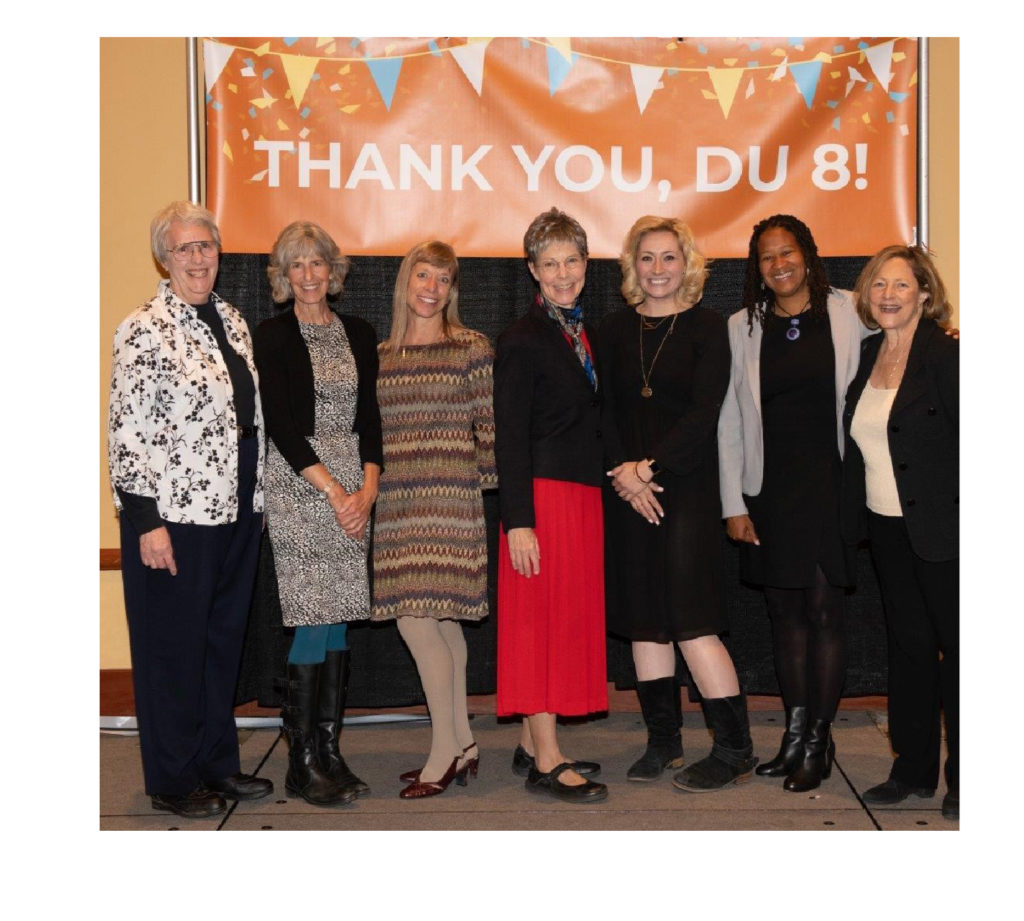