Typically, when contemplating ways to lower one’s blood pressure, attending law school is not at the top of the list. However, “typical” does not define the accomplished career path of Dr. Stuart Kutz, a forensic psychologist here in Denver who, until very recently, was also a practicing probate attorney. While working as a practicing psychologist in Louisiana in the mid-1990s, managed care and its accompanying changes swept through the field, and Kutz felt his blood pressure rising. To counteract his malcontent, he did what we know to be the only logical thing: Enroll in law school.

The transition from psychology to law was not always smooth. Despite doing well in law school and graduating in two-and-a-half years while working part-time as a psychologist to support his family, some prospective employers seemed wary of his psychology background. In one interview, he recalls that he was asked if he would “psychoanalyze” the staff. “I thought that was a bad sign,” he noted and predictably did not end up getting that job. 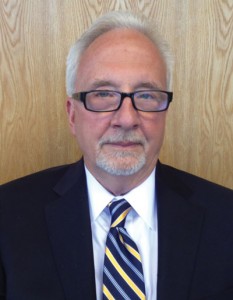 After graduating from law school in 1998, Kutz went on to clerk at the Denver District Court for two judges handling civil dockets. It was during this chapter of his life that he was introduced to Judge Jean Stewart, who was the then presiding judge for the Denver Probate Court. This chance introduction to probate provided the perfect segue into his eventual solo probate practice, where his psychology background proved particularly valuable. When asked whether his background as both a forensic psychologist and probate attorney has enhanced his performance in each field, he offers the word “definitely” as a decisive conclusion.

Kutz only recently went on “inactive status” as a lawyer and is now focusing exclusively on his forensic psychology practice. “It was really getting more and more difficult to juggle the psychological caseload and examination appointments with, for example, representing mental health respondents for hearings with very tight timetables.” His work involves performing court-ordered neuropsychological exams for civil and probate capacity matters. These exams assess an individual’s ability to make decisions about health and welfare in the context of a guardianship and manage personal finances and assets in the context of a conservatorship. They also test a person’s contractual and testamentary capacity.

A forensic practice stands in contrast to a clinical practice, the popular conception of which may include a patient on a couch discussing personal problems with a therapist over an extended period of time. A clinical psychologist focuses on the patient, and the scope of the work is “defined by the patient, the provider owes allegiance to the patient, and it is not heavily reliant on collateral information,” with the ultimate goal being the diagnosis and treatment of psychological disorders. According to Kutz, this contrasts with forensic psychology, where “the goals are defined by the legal issues and not by the client. It is not about treatment, it is not about therapy. It is about evaluation of that individual relative to the legal standard.”

The evaluations he performs typically consist of two 90-minute sessions. Depending on the issues that need to be covered, sometimes five or six hours of evaluations are needed. As he explains, “Typically I spend just as much time — if not more time — reviewing documents and interviewing collateral sources: information from guardians ad litem, guardians, medical providers, family members, police reports, as well as the court pleadings.”

The evaluation consists of several tests designed to assess an individual’s memory, other cognitive abilities, and emotional and behavioral functioning. “The point in assessing capacity really isn’t just a ‘score’ relative to others in the age range and whether the individual is average, below average or above average, but the quality of the individual’s performance and functional abilities,” he says.

With his legal background, Kutz has the benefit of understanding the legal nuances behind his psychological work. Regarding the legal standard for “capacity,” he notes: “It is one thing to be told by referring counsel, ‘this is the law and this is what the law says,’ and it’s another thing to more fully … appreciate the nuance and understand what that statute means, what the case law says and how it all evolved.”

He now finds that he writes his reports with an eye for possible cross-examinations, even of other psychologists. As he puts it, “The data should speak for itself. That makes testifying much easier, because it’s not about me or some magical conclusion — it’s about the data I have amassed.”

When asked if he had any special insight into the stresses facing attorneys, Kutz does not have any specific advice but acknowledges the many changing demands that such professionals face. Nonetheless, he does not believe his background affords any unique perspective or advantage regarding the day-to-day stresses of the legal profession: “I don’t know whether I am necessarily really any better off — maybe I would like to think that I am — but when you’re in the middle of all the conflict, it can be difficult to gain perspective. Perhaps I have a bit more sensitivity to some of the warning signs, but again, when you’re in the middle of it, it’s going to be stressful no matter who you are.”

Despite the statistics, Kutz remains an optimist, stating unequivocally that “I think the legal profession is great.” He went on to comment, “It holds a lot of impact over crucial aspects of people’s lives and it is an extremely important profession. Every profession has its ups and downs, people with certain difficulties, but someone has got to decide these issues. Someone has to get in there and litigate them and represent people’s interests.” D

Scott Challinor is an attorney at Conover Law, LLC and can be reached at scott@conoverlawllc.com.