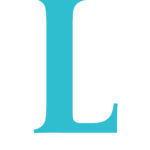 ee Isaacs is a 59-year-old Boulder criminal defense attorney with 35 years of experience, a deceased husband, and a recent courtroom loss that has her questioning her touch. Nevertheless, she reluctantly agrees to represent a homeless teenage boy accused of participating in the gay-bashing murder of a fellow skinhead. As the case develops, Lee has to rely on all of her intellect and empathy, and occasionally her skills as a 5th-degree black belt in Tae Kwon Do, to advocate for a client who may not want to save himself.
Jeanne Winer’s Her Kind of Case unfolds with authority and verve. Winer herself is a former Boulder defense attorney and martial artist, and her prose hits as hard as she presumably does. Her descriptions of courtroom conflicts, jailhouse confrontations, and bare-knuckled fist fights all shine with convincing details and trenchant observations of the sort that suggest real-world expertise in the subject matter. In Lee Isaacs, Winer has drawn from experience to create a compelling character who feels authentic, distinctive, and real. The author does a brilliant job of showing how the sausage is made in the world of criminal defense, depicting the inner workings of the legal system, the personalities and lifestyles of different lawyers, and the sometimes difficult relationships between attorneys and clients. In particular, the story wonderfully captures the fatalism that goes along with understanding how much simple blind luck tends to dictate legal outcomes.
The subject matter of the story is timely and compelling. The plot touches on neo-Nazis, homophobia, religious intolerance, homeless youth, addiction, sexism, abusive relationships, toxic masculinity, parent-child dynamics, grief, aging, and even the changing demographics of Denver. The novel weaves all of these elements together, but the themes never override the characters or the realism of the action. The story is well grounded in place and depicts its Colorado settings affectionately and insightfully. All of the characters are extremely well developed, from the main personas of Lee and her young client Jeremy to the tertiary figures of prison guards and bar patrons. Characters grow and change throughout the novel in convincing ways, and Winer knows how to zero in on details that speak volumes. She is particularly good at depicting the relationships between characters, especially when these relationships are impacted by heartbreaking misunderstandings and communication failures. The prose constantly grapples with how the characters are shaped by their personal histories and how this explains their actions without necessarily excusing them. You know what all the relevant characters think and feel about each other, and how this translates into plot points and outcomes. The realism of each character’s internal reality combines with the realism of the plot and descriptions to create that rare elixir of literary truth.

Despite the portrayal of several dark subjects and violent incidents, Her Kind of Case is also highly entertaining. Lee Isaacs, Esq. is an appealing and remarkably unprecedented protagonist. She is not a hotshot, a one-note hottie, or an obvious object of wish-fulfillment; she is flawed and vulnerable and past her prime. She still mourns the death of her husband five years prior, and wonders how much longer she can continue to take on the stress and frequent disappointment of representing criminal defendants. But she is also strong, and smart, and funny. She is good at what she does, and knows it, and it is a joy to observe her in her element. She is surrounded by an intriguing supporting cast, including a saucy private investigator, attorney colleagues and rivals with various foibles, and a gay couple who were the best friends of her late husband and have taken her under their wing. As the plot develops and expands and complicates, her growing care and concern for her client takes center stage, and the reader has the privilege of watching this character fight for another, taking on a heroic role not often afforded to older women acting in protection of younger men; it is an inversion of several literary tropes and power dynamics, and it absolutely works.
The choice to make Lee a highly trained martial artist, while obviously creating a parallel between the character and the author, is also an effective, compelling and thrilling element of her characterization. The fight scenes are particularly exciting, and all the more so for mostly being presented as a corollary to the main story, rather than as plot-forwarding action scenes. Instead of the protagonist succeeding by pummeling her foes into submission, the character’s martial arts prowess informs her actions in situations that cannot be solved through physical violence. It is rather brilliant. It is also simply refreshing to have a protagonist in a courtroom/mystery thriller who is human and has issues, but isn’t a complete mess of a person. Lee Isaacs is a hero, and a kind of hero we have rarely seen before.
Her Kind of Case is Jeanne Winer’s second law-related novel, following The Furthest City Light, which won the Golden Crown Literary Society Award for Best Debut Novel. She earned both her undergraduate and law degrees from the University of Colorado at Boulder. Winer was one of two lead trial attorneys in Romer v. Evans, a landmark Supreme Court civil rights case arising from an anti-LGBT amendment to the Colorado constitution. She received the Dan Bradley Award from the National LGBT Bar Association and a B’nai Brith Anti-Defamation League civil rights award for her work on this case. Winer’s familiarity with LGBT issues and the broader Colorado community give her writing a level of insight and verisimilitude that elevates the novel from a competent and compelling legal thriller to an important work of social commentary.
Jeanne Winer’s Her Kind of Case is highly recommended both to the general public, and to attorneys and potential attorneys, especially those working or interested in the areas of criminal defense and prosecution. It would make excellent subject matter for a feature film, and one easily imagines Lee Isaac, Esq. as a career-defining role for an actress like Catherine Keener or Holly Hunter — if she could pull off the Tae Kwon Do moves. In any case, it should be a career-making book for Winer, with a good shot at winning major literary awards and a devoted audience. D