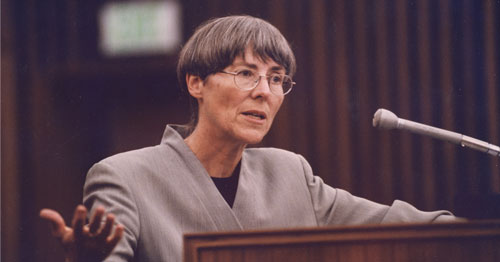 Appealing for Justice retraces the career of Jean Eberhart Dubofsky, the first woman appointed to the Colorado Supreme Court and the lead counsel for the landmark U.S. Supreme Court case Romer v. Evans. By following this one woman’s life, local author Susan Berry Casey tells the story of the generation that came of age during the civil rights movement of the 1960s. The book culminates in a fascinating behind-the-scenes look at the passage of Amendment 2, which would have prevented Colorado local governments from recognizing homosexuals as a protected class, and the legal battle that followed, from a preliminary injunction in Denver District Court to a 6–3 ruling by the U.S. Supreme Court overturning the law as a violation of the equal protection clause. 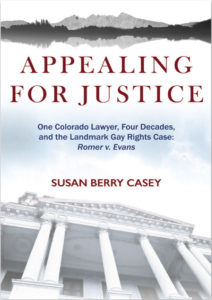 I will confess that I didn’t know anything about Jean Dubofsky before I picked up this book. (When I read the chapter on her appointment to the Colorado Supreme Court, I was on the edge of my seat, not sure how it would turn out.) I was particularly fascinated by the author’s telling of Dubofsky’s experience at Harvard Law School. This was a time when some professors refused to let women actively participate in class. Each year, the dean invited all 1L women to dinner at his home, only to ask them to explain why they deserved a place in the class, knowing it meant denying a man admission. The book shows how Dubofsky quietly and determinedly soldiered on despite also facing gender discrimination when appointed to the Colorado Supreme Court and when being considered for a full-time faculty position at Colorado Law.

I would recommend Appealing for Justice to all Colorado lawyers. As somewhat of a newcomer to Colorado, reading this book filled me in on several important chapters in Colorado history and the legal community. Casey writes in an engaging, comfortable style that makes for a page-turning read. The book is thoroughly researched and includes interviews with Dubofsky’s friends, colleagues, former clerks, political leaders and reporters.

The author paints such a rich portrait of Dubofsky that this book would be interesting even for those who are familiar with Dubofsky’s many accomplishments and the story behind the Romer v. Evans case. For instance, you may not know that Jean Dubofsky first emerged in the public eye when she won the Betty Crocker Homemaker award for the state of Kansas before ultimately being crowned as the 1960 Betty Crocker All-American Homemaker of Tomorrow. The book also provides an inside look at the passage of the Fair Housing Act, which Dubofsky worked on as a legislative assistant to Walter Mondale. When the Supreme Court granted cert in the Romer v. Evans case, many leaders in the national gay rights movement — and Dubofsky herself — questioned whether “a lawyer no one had ever heard of” should be the one to argue the case before the justices. What finally persuaded Dubofsky that she was the only one for the job was a meeting with the then head of Hogan & Hartson’s appellate division, John Roberts.

Before reading Appealing for Justice, Jean Dubofsky was just a lawyer whom I had not heard of. I feel better off as a person and as a lawyer having spent the time and pages getting to know her. I am convinced that you will too. D

Emma Garrison is Staff Counsel at Wheeler Trigg O’Donnell LLP, a former chair of the CBA YLD and the current chair of the Docket Committee. She can be reached at garrison@wtotrial.com. 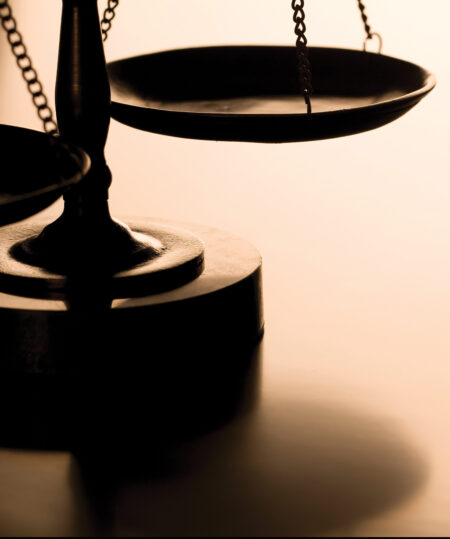 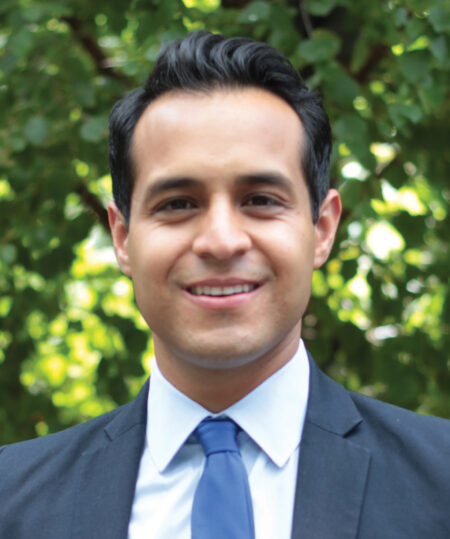 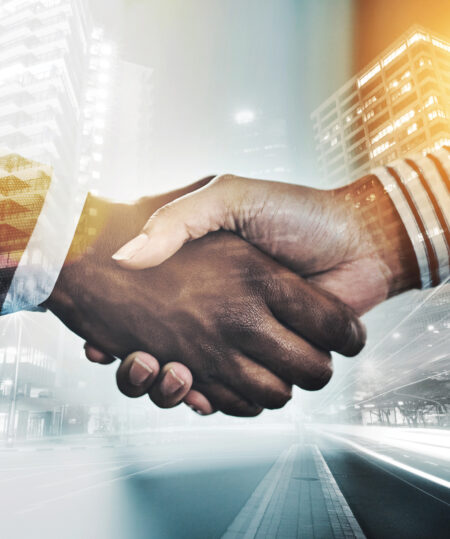