Last year, approximately 460 students in Colorado began law school. These students are facing a profession and education that some say is in the middle of a dramatic change.

In light of this, we decided to ask four 1L law students, two from each of Colorado’s law schools (Colorado Law and Denver Law), to submit articles for our new column “Law Student Chronicles” twice per year, for five years. The articles will focus on what it is like to be a law student today, with each student having unique situations and backgrounds. After graduation, we will follow them for a couple more years as they venture out into the legal field. The blog and print publication are open for comments, so please throw in your two cents online or by emailing me at hclark@cobar.org. Whether you are a law student or already a lawyer, we want to know your opinion. 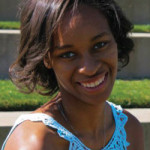 Deanna Alfred is a 1L at Colorado Law. Alfred is a recent graduate of Loyola Marymount University in Los Angeles, where she grew up, with a degree in English, emphasis in creative writing. As an undergrad, she won various scholarships for creative writing pieces. Her hobbies include playing left forward on the soccer field, painting, hiking, and curling up with a good book. Alfred has a passion for travel, and learning more about the world and the cultures within it—and is well into her ‘bucket list’ of visiting at least five countries on every continent. 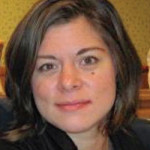 Ty Nagamatsu is a 1L in the JD/LLM in Environmental Natural Resources Law at Denver Law. Prior to law school, Nagamatsu served with AmeriCorps in Minneapolis, where she worked with Hmong and Somali refugee children at a drop-in youth center. As an undergrad, she spent time abroad working on both sustainable agriculture and migratory labor issues in La Ceiba, Honduras and Al Ain, U.A.E. Nagamatsu’s goal is to practice international law at the confluence of human rights and natural resources. Outside of school, she enjoys playing rugby, urban farming and hiking with her husband and new baby. 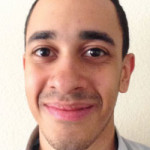 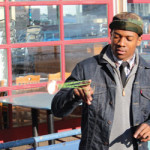 Shaquille Turner is a 1L at Denver Law. Turner attended Howard University in Washington D.C., where he received a a B.A. in Political Science, and was an Army ROTC cadet and member of the Bison Battalion. He graduated with honors and was commissioned into the U.S. Army as a Second Lieutenant. A Denver native, Turner was excited to return home to attend law school. When he isn’t studying, he volunteers at the Christian Legal Clinic of Metro Denver, is an active member of his church, and mentors students at Denver East High School. Following graduation, Turner plans on entering the U.S. Army JAG Corps.