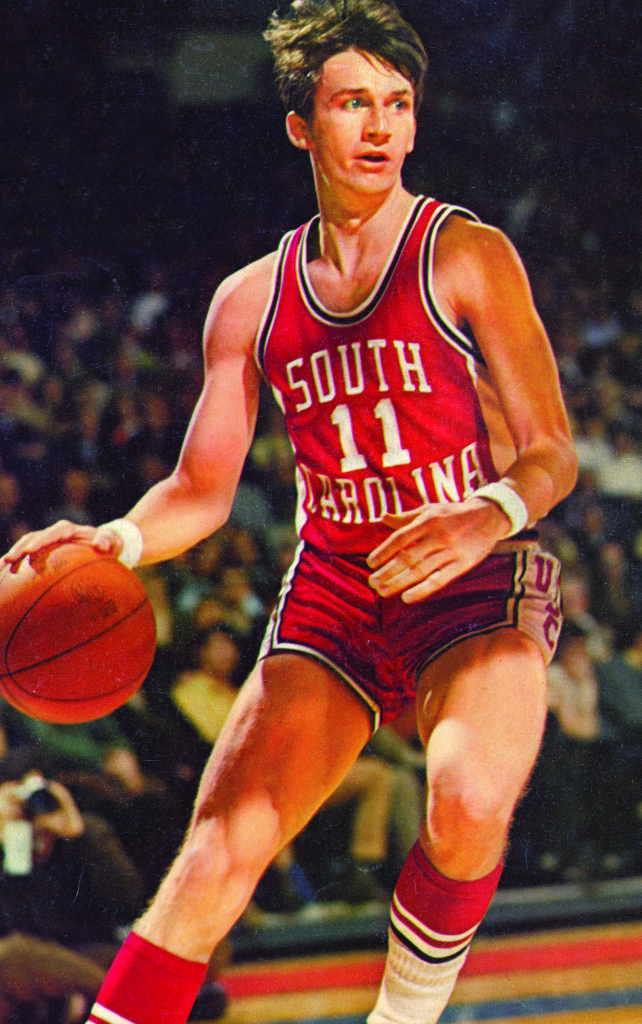 If you’re a Denver basketball fan of a certain age, you know his name. John Roche is a successful litigator involved in numerous complex cases for a variety of high profile clients —such as Wal-Mart and Comcast—and is currently representing Cinemark in a number of lawsuits brought by the victims of James Holmes’ assault at the Cinemark theater in Aurora in 2012. But he first became known for his activities on another sort of court.

Roche played professional basketball for nine years, including three years for the Denver Nuggets. He received his B.S. in business administration from the University of South Carolina in 1971. While at the University of South Carolina, he was twice named ACC basketball Player of the Year. He was a consensus All-American and Academic All-American in 1970 and 1971. Roche was named the 20th best player in the history of the ACC on its 50th anniversary team.

Roche grew up on the playgrounds of New York City, and you can still hear it in his voice. He played professional basketball in the ABA with the New York Nets, Kentucky Colonels and the Utah Stars, as well as with the Lakers and the Nuggets in the NBA. Roche was a point guard, and the first player in NBA history to hit eight three-pointers in one game—seven coming in one quarter in a Nuggets game against the Seattle SuperSonics at the old Denver McNichols Sports Arena. Along with Roche, the Nuggets of that era included Dan Issel, Alex English, David Thompson, George McGinnis and Glen Gondrezick. Roche also played with Julius Erving, Kareem Abdul-Jabber and Moses Malone at stops on his career.

While playing with the Nuggets in 1981, Roche earned his J.D. from the University of Denver Sturm College of Law. To this day, he is still the only person who has played in the NBA as a licensed lawyer. Roche has practiced as a partner with Davis Graham and Stubbs, and Snell and Wilmer, and is currently of counsel to the Denver firm Taylor/Anderson LLP.

Roche did not quit competing athletically after retiring from professional basketball. He is an eight-time singles champion of the Denver City Open tennis tournament in various age groups. He ran the New York marathon at age 50, and is an avid yoga practitioner.