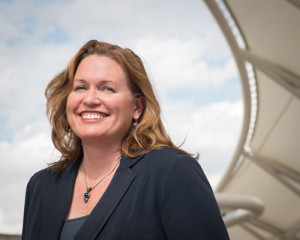 It doesn’t take much for Marie Drake to turn ideas into brilliant prose. All she needs is a good storyline and a computer, and the words spill onto the page. “I write pretty fast,” confessed the real estate attorney, who owns her own law firm.

She attributes her strength as a communicator to her dabbling in creative writing. “Playing around with language is what we do as attorneys,” she said. “If I can make a difficult situation somehow lighter by writing creatively about it, it helps me process it. And I think creative writing helps me be less stressed as a litigator. “

Drake describes her “Chinese Medicine” winning entry as “just a fun story about someone I used to date while working as a full-time paralegal in New York City and attending law school at night.”

Drake became a prolific writer at age ten to cope with her mother’s departure after the family moved from Crested Butte to the Philippines. “I started writing that day and wrote almost every day for the next 25 years,” said Drake, who calls herself the daughter of “a flaming hippie and an (Air Force) Colonel who retired to work for the CIA.”

Drake is a published writer working on a book about her mother, who eventually reunited with the family. “Writing is a lot of fun and a little relief,” she said with the punctiliousness of a writer who knows fact from fiction.

I started to see a Chinese doctor in New York City in the late 1980s. His name was Dr. Fu Zhang and he had a busy, non HIPAA-compliant office off Broadway in Chinatown. On one wall were shelves and drawers filled with strange-smelling herbs, dried flowers, sticks and powders, like a prosperous, medieval apothecary, minus the guys in big floppy hats, velvet pantaloons and smelly tights trying to cure their boils. On another wall were rows of hard, plastic chairs filled with sick people waiting their turns behind the thin curtain that separated the exam room from the rest of the place.

My friend Sanjay brought me to my first appointment. Sanjay was a very hip half-German, half-Indian man of great beauty, with thick, blue-black hair in a neat ponytail that went all the way down his back. I referred to him as Klaus Kundalini after we started dating. He was so beautiful that his thick-framed, Buddy-Holly glasses had the reverse effect and made everyone who saw him only stare harder at the face juxtaposed with those nerdy glasses.

It was through a smoky haze that I first noticed Sanjay sucking down one cigarette after another, squirming slightly in his chair, eyes darting nervously. He drank cup after cup of coffee and was wearing khaki pants with low-cut, navy-blue converse tennis shoes (no socks) and a navy-blue v-neck sweater. It was an Upper East Side uniform of sorts, but his darker skin and lush, mid-back-length shiny black hair made him seem less like a Farnsworth Biffington Blowhard St. Clair and more like a preppily-disguised outlaw, at least in my mind. I stared at him for about two years before he showed up at my apartment door one night with red roses to take me to a play where one of the Redgraves would be tastefully naked on Broadway.

Since I thought we were buddies going to the theater as friendly neighbors, I was surprised he had roses. I was less surprised when he told me I was under-dressed, but I was wearing the one outfit I had that was in-between a herringbone suit and jeans and a stained sweatshirt.

I explained I had nothing else to wear other than my (yes, it was the ’80s) black stirrup pants and untucked, shoulder-padded, flowery silk shirt unless I put on a suit. Oh, well. Little did I know that soon enough I, too, would be clad in khakis, low-cut navy converse tennis shoes and a navy v-neck sweater, at least when I wasn’t going to the theater to see naked Redgraves.

We were neighbors on East 92nd between First and York, just four blocks from the DMZ at 96th Street, and ate breakfast around the same time every day at a nearby diner. I lived in a grimy, rat-infested ground-floor apartment right out of a Willard movie, and he lived across the street. I didn’t keep food in my apartment, except in the fridge, but that didn’t stop the rats from pouring out of the burners in the stove, oblivious to the steel wool I stuffed in the holes in the wall. (They chewed right through it.) I finally put a big piece of plywood over the top of the stove, with a chair holding it down to keep the rats at bay. Sanjay was fixing up his place and hadn’t paid rent in years because there were issues with the building, like an elephant-sized hole in the floor and windows that didn’t close all the way, no heat and intermittent electricity. I think squatting was the word he used.

At the diner, he always ordered scrambled eggs “soft,” so I started doing that, too. Naturally, we ended up sitting at the same booth talking about our relationships, and I took immediate dislike to his girlfriend, well, until I met her. But after becoming friends with her, Sanjay and I started dating, and I don’t think anyone let her know. The drama that ensued foreshadowed the drama of my own breakup with him some months later under similar circumstances.

After a few weeks of increased neighborliness and dodging his girlfriend, I ended up with a bad sinus infection. Drama can really make one feel run-down. Sanjay insisted I go see his doctor in Chinatown.

The good doctor took my pulse a few times, looked at my tongue and wrote out a prescription in Chinese characters. In the next room, a tiny woman, not unlike one of the thumb-sized twins in the Godzilla-Mothra films, pulled powders, sticks, weeds and dried flowers out of drawers and off shelves and told me to boil the fistfuls of odd-smelling dried stuff, strain it and drink the tea twice a day. I think I paid $25.00 for both the appointment and the tea.

I followed directions, for once, and in no time I was better, without the help of antibiotics. So, I began to see Dr. Zhang whenever my health was less than perfect.

I was working full-time at a Wall Street law firm as a paralegal and attending law school four nights a week from 6 to 9 p.m. Not exactly an available girlfriend schedule, but I expected Sanjay to understand my limited time with him would have to do until I got out of school in another three or four years. In my self-centered mind, it didn’t seem like a lot to ask, but it turns out it was.

So, of course, Sanjay broke up with me as gently as possible and started dating a beautiful, waif-like waitress about ten minutes later. I was crushed. Confusing heartbreak with an actual medical problem, I went to see Dr. Zhang.

The waiting room was crowded with all kinds of New Yorkers, only a few of them Chinese. I was sniffling away with my broken heart, trying not to sob outright and also not to touch asses with the people on either side of me. (The chairs were clearly for tiny people from the Far East.) When my turn finally came, I went through the thin curtain and sat on the exam table. Dr. Zhang took my hand to feel my pulse and looked into my eyes. That simple act caused me to burst into loud sobs. In spite of Dr. Zhang’s limited English, my story spilled out about Sanjay, the beautiful waitress and poor, poor, pitiful me. I was blubbering with such force that it was hard to catch my breath. The waiting room became too quiet, and a few people cleared their throats, as if to let me know it wouldn’t hurt to take it down a few notches.

Dr. Zhang told me to stick out my tongue, probably to get me to stop blabbing on. He said, in a too-loud voice, as if to comfort me, “No worry. He need different woman every night.” With that pronouncement, he held up his finger in the universal sign to hold on and disappeared through the curtain and out the door.

I reclined on the exam table, wondering what the people in the waiting room thought. I looked to see if I could exit through the window, but there was no fire escape. It was very quiet and Dr. Zhang was gone at least fifteen minutes. When he finally came back in, he presented me with a milkshake and told me to drink it. Then he patted my arm and said, “No charge today, bye bye.”

I made my way through the waiting room with my milkshake, not making any eye contact with any other patients. Maybe it was the sugar because once I was out in the crisp, October afternoon air, I had a strong feeling everything was going to be OK, and of course it was.

And now, twenty years later, Sanjay and I are friends again: Both of us have been married a long time to good people. But I sure wish that Dr. Zhang had an office in Colorado because I still need a milkshake every once in a while.