Women have come a long way, even if we still have a long way to go. We sometimes forget that we stand on the shoulders of those who came before us. Below is a short quiz as a reminder of some of those losses and victories.

AS WOMEN IN THE LAW: 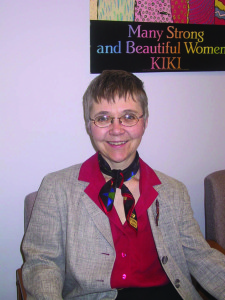 Kathleen Schoen is Director of Local Bar Relations and Access to Justice at the Colorado and Denver Bar Associations. She can be reached at kschoen@cobar.org.