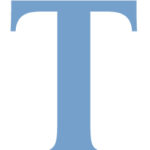 he Denver Bar Association and Colorado Bar Association are in the process of settling into our new home at 1290 Broadway, open for business as of January 2, 2019. Here is the moving story of how we ended up in this great facility.

Of Parking Lots
During a recession more than 27 years ago, the DBA moved to 1900 Grant Street in Denver on the outskirts of downtown and surrounded by a sea of inexpensive surface parking lots. Over time, the CBA, and the Denver Bar Association, with whom the DBA is jointly managed, grew with the state and city, as did our affiliate, CBA-CLE. As we grew, surrounding surface parking lots disappeared. By about 1994, we ended up with about 26,000 square feet spread over two and a half floors. We renegotiated an excellent lease and settled in for another 24 years.
Though inexpensive, our meeting space was inflexible and divided. With multiple floors, we had double pantries, kitchens, copy/print centers, and mail rooms. Our floors were built with all private offices, which we had outgrown, and many with poor ventilation and no natural light. We even had spots for four receptionists. Despite these inefficiencies, it still made economic sense to stay. Exercising our last lease option has saved the CBA, DBA, and CBA-CLE roughly $1 million. It’s one reason we have the second-lowest dues among our peers in the country.
We knew we would be out of options by February 2019 — literally, there were no options left on the lease. And the Denver real estate market has changed. If we did not shrink our footprint, we would see a 45 percent increase in rent by staying at Grant Street.

Finding the Right Space
Eighteen months ago, the boards appointed a nimble five-person Building Task Force, and the work began. All I can say is that I’m glad these superstars were on our side: Jim Benjamin of Benjamin & Cohen, Rebecca Dow of Holland & Hart, Dick Gast of Gast Johnson & Muffly, Franz Hardy of Gordon & Rees, and Qusair Mohamedbhai of Rathod Mohamedbhai.
Our first task was to develop criteria for space size and features, location, parking, access, costs, and even restroom stalls. We then evaluated more than 42 properties against these criteria with the help of our brokers, Patrick Bollick and Eric Carlbom of JLL. Over time, we toured more than 15 spaces and narrowed the list to five, then three. 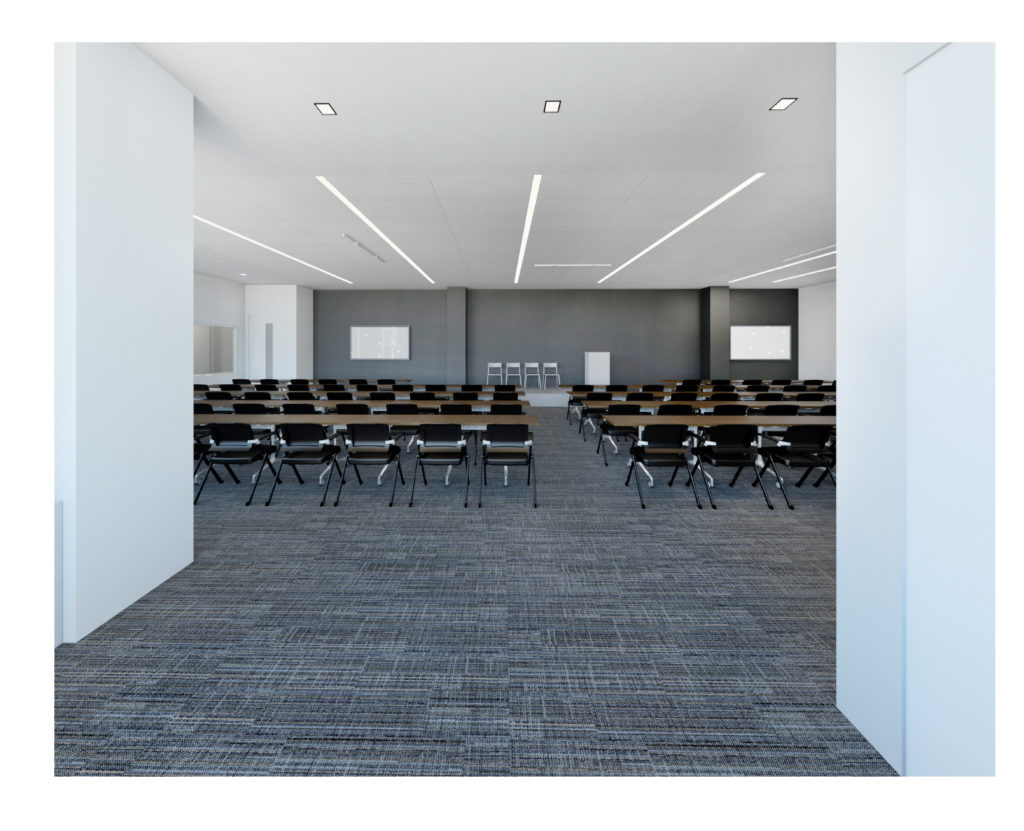 At this point, the question became: How could we shrink our footprint while preserving room to grow and accommodating the many meetings and seminars we host, and how could we create an environment that is conducive to learning, all while being responsible with your dues? The answer was great architects. We began working with Michelle Liebling and Lauren Hucek at Gensler, the world’s largest architecture firm and a specialist in office design.
Through this whole process, a clear winner emerged. We wanted to be at 1290 Broadway, and the landlord wanted us. We accelerated our schedule by seven weeks to seize an opportunity.
We raced through the design process and started construction (legally) without a permit, all to move at the slowest time of the year and cause as little disruption as possible to our members. As I write this article, we are under budget and ahead of schedule thanks to Edifice Builders. Yes, you just read the name of a contractor in the same sentence as “under budget and ahead of schedule.”

On Broadway
1290 Broadway is located immediately across the street from the Ralph Carr State Judicial Center and near the State Capitol, places where we often work on your behalf. It is no farther from downtown Denver than 1900 Grant Street, yet it sports easier access from Broadway, Lincoln, and 13th Avenue.
If you interact with the DBA, CBA or CBA-CLE in person, you will find plentiful parking if you head to the 1,000-space Cultural Center Parking Garage at 65 West 12th, behind the Art Hotel. As you walk out of that garage to the north, you will be 100 feet from our building. On our floor, high ceilings will help with temperature control and ventilation, monitor and camera positon in seminar rooms, and reduce the sense of claustrophobia after an all-day CLE. You will find much more efficient reception and conference space with a reasonable variety of right-sized meeting rooms, most of which are flexible and divisible. We looked at every meeting held or scheduled in our space at 1900 Grant in 2018 and concluded that with less space, but that which was right-sized, flexible, and divisible, we needed to move just one regularly scheduled group from a Thursday to a Wednesday. That’s it. We’ll even have a dedicated member office and plentiful self-serve refreshments.
If you interact with the DBA virtually, you will find greatly enhanced technology. We will finally deliver on audio conferencing so good that you won’t even see the microphones; they will be directional microphones hidden in the ceiling and tuned only to the frequency of the human voice. We will finally roll out videoconferencing (so no teleconferences in your jammies). Seminars will have improved broadcast and production values. Overall, we are expanding bandwidth and upgrading servers, network access, and Wi-Fi. 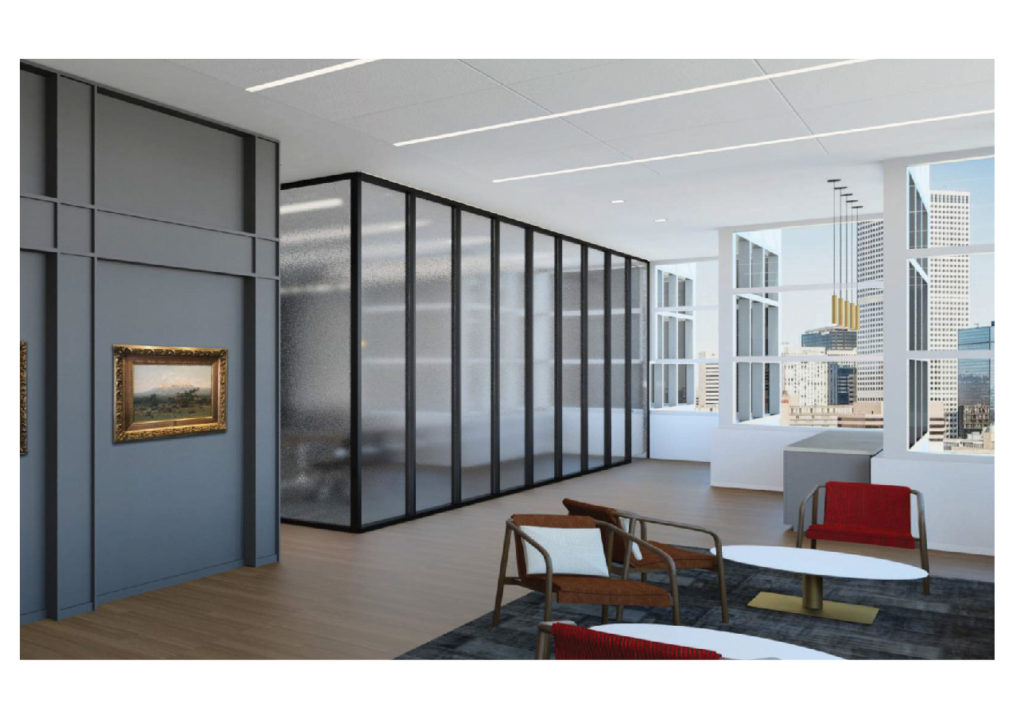 In the back offices, we are moving to a modern, open office design with flexible workstations, smaller private offices, and huddle rooms. We’re leaving behind our collection of mismatched hand-me-down desks discarded by law firms decades ago and designed before personal computers were invented; furniture resellers tell us there is no market for these desks beyond the kindling market. New furniture will be laminate, ergonomic, and actually designed for the computer era. It’s coming from a small veteran-owned, SBA HUBZone-certified firm with excellent customer service: Contract Furnishings.

The Cost
So how much will this cost? We’ve known this day was coming for decades, and we’ve saved for it. Thanks to our great negotiators, a rent abatement largely offsets out-of-pocket costs. With a modern and flexible design, we can meet current needs and have room to grow, while shrinking our footprint by about 15 percent. Confidentiality provisions limit details, but the DBA will see only a 9.5 percent increase in rent when we start paying, and that is not for a while.

Check it Out
We hope you find the new DBA office space practical, functional, and welcoming. Come see your new home at 1290 Broadway. D 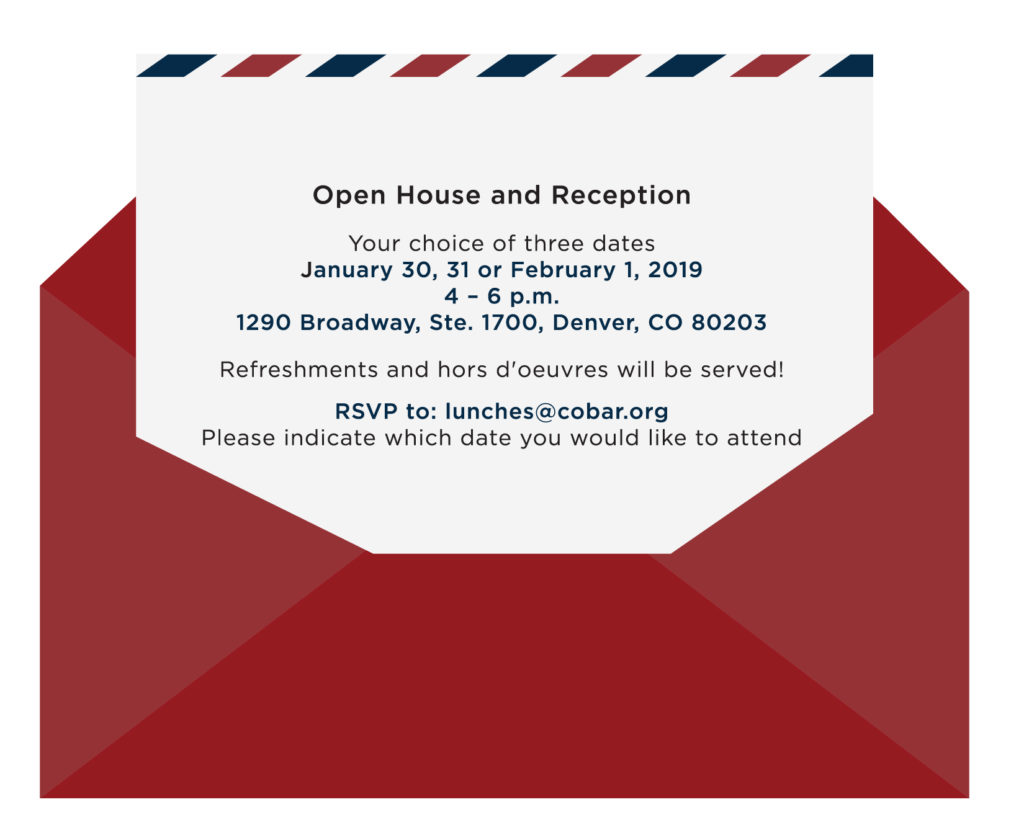 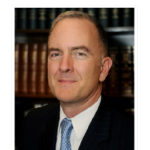