In 1984, Apple introduced a new personal computer that it called the Macintosh. The murder rate in Cabot Cove, Maine far exceeded the national rate, largely because of the year’s top television show, “Murder She Wrote.” The Denver Broncos went all-in with their new sophomore quarterback, John Elway. And in 1984, Congress authorized the addition of a new Article III judge for the United States District Court for the District of Colorado, bringing the court to seven district judges. Since 1984, the Apple Macintosh went on to revolutionize personal computing, and John Elway went on to win two Super Bowls (and to serve a pretty good steak).

The Administrative Office of the U.S. Courts used a system of weighting to track caseloads in the 94 districts in the United States. This weighted case average allows the AO to compare caseloads across districts, and the results are revealing. As of September 2014, Colorado’s weighted caseload per judgeship was ranked 13 out of 94 districts in the United States. But weighted caseloads are not the whole story: A number of characteristics of the District of Colorado make our district unique and virtually guarantee that the caseload of our district will outpace that of sister districts over the next 20 years.

The first characteristic has to do with the unique geography of our district. Unlike most districts, the boundaries of the District of Colorado are coterminous with the state boundaries. Measured by square miles, Colorado is the eighth largest state in the nation. Apart from Alaska, the District of Colorado is the largest federal judicial district geographically to still have one primary courthouse. In practical terms, this means that our federal and magistrate judges must travel widely to meet judicial needs across the district.

Moreover, more than 36 percent of the state is made up by federal lands. Not only does the sheer size of federal land holdings in Colorado drive civil litigation in the federal courts, but all criminal matters that arise on federal lands must be handled in federal court. Thus, the District of Colorado’s criminal docket is proportionally larger than that of most federal district courts, with all the attendant procedures and priorities that criminal justice entails.

Meanwhile, business-related filings continue to grow in the District of Colorado, and that trend is very likely to continue, especially in light of the opening of the satellite United States Patent and Trademark Office in Denver in 2014. The expansion of the Patent and Trademark Office in Colorado has driven an expansion of the Colorado presence of several large out of state law firms that focus on intellectual property litigation.

In addition, Colorado has seven federal prison facilities, and 24 state prisons. Chief among Colorado’s prisons is the federal Bureau of Prison’s ADMAX facility (better known as Supermax), which houses the most dangerous prisoners in the federal system. The presence of so many federal and state prisons creates a significant amount of federal civil rights litigation each year, nearly all of which is handled in the United States District Court for the District of Colorado.

Finally, the District of Colorado has a disproportionately high number of complex criminal filings each year. More than 55 percent of the criminal cases filed in the District of Colorado involve immigration and drug offenses, often with multiple defendants and extensive wiretap evidence and issues. Because these cases are more likely than other cases to occupy substantial judicial officer time and go to trial, the sheer volume of filings means that the district judges have less time available for adjudicating civil matters than many of their peers.

The District of Colorado has exhausted all intermediary steps to carry the growing caseload through the expanded use of technology, the creation of new magistrate judge positions, putting magistrate judges into the civil draw and the creation of specialized dockets. The Court has also been able to keep up with this expanding caseload because of the exceptional assistance of our four senior judges and the occasional visiting judge. But the senior judges, who range in age from 68 to 85, have the authority to control the size of their dockets. Visiting judges, while welcome, usually only assist on individual cases.

Going forward, it is not reasonable to expect that four senior judges and the occasional visiting judge will be able to shoulder the same burden that they historically have. And, over the next 10 years, all seven of the current district judges are expected to retire and/or take senior status. Five of these transitions will occur in a four-year period commencing in 2021, and the average time to fill a judicial vacancy exceeds two years.

All of these factors may help contribute to a perfect storm that will likely increase delay and expense to civil litigants in particular and reduce the number of services that can be provided by the Court on a district-wide basis unless changes are made.

In 2014, Chief Judge Marcia Krieger formed a working group to develop a strategy for convincing Congress to fund two new Article III judges for our district. We are pleased to serve as its chair and vice-chair, respectively. The working group includes former U.S. Attorneys, a former CBA president and other prominent attorneys, both in private practice and in house.

The last omnibus bill creating federal judgeships around the country was passed in 1990. But earlier this year, all nine members of Colorado’s congressional delegation jointly introduced bi-partisan bills in both the House and the Senate seeking to create two new Article III judgeships in Colorado. Unfortunately, both bills have been stalled in the judiciary committees of the respective chambers.

While the members of our Congressional delegation will continue to work to advance this necessary legislation, substantial support from the affected constituencies is necessary. In our view, this begins with the members of the Bar, every one of whom has or will have clients adversely affected by an increasingly understaffed federal judiciary.

Please communicate your support to your member of Congress and Senators Bennet and Gardner. D 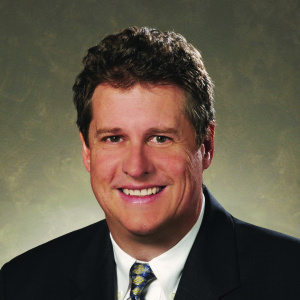 Sean Gallagher has spent more than 25 years fighting for his clients in boardrooms and courtrooms across the country. He is one of only a handful of lawyers in Colorado to have argued a case in the Supreme Court of the United States and prevailed with a unanimous decision. Sean has represented companies, trade associations, political leaders and public servants in a broad spectrum of public policy, constitutional, and election matters, including several First Amendment cases of national significance. Sean can be reached at sgallagher@polsinelli.com.

Jim Lyons is a partner at Lewis Roca Rothgerber, where he focuses his practice on complex business litigation mediation and arbitration of all types. He has more than 40 years of courtroom and jury trial experience in state and federal courts. Jim also has extensive government relations and international trade and diplomatic experience from his work in Ireland and the United Kingdom as Special Advisor to the President and Secretary of State for Economic Initiatives in Northern Ireland and the border counties of the Republic of Ireland. Jim can be reached at jlyons@lrrlaw.com.

2 Responses to “A Call for Additional Federal Judges ~ By Sean R. Gallagher and James M. Lyons”