The boxes arrived in Nick’s office on a Friday morning. Inside the one designated “1” on the outside was a short letter from the executor.

“Dear Mr. Adams: With this letter please find four boxes which Mr. Robert Maxwell instructed in his will be sent to you. Best regards.”

Nick sighed. Bob Maxwell had been a friend of his father’s ever since they were undergrad roommates at the University of Denver. Bob had stayed on to attend the Sturm College of Law there, while Nick’s father moved back to New York after graduation to start working in the Adams family’s business.

Nick had met Bob with Nick’s dad a few times over the years when Bob’s law practice required trips to New York. It was Bob, a soft-spoken and polite native Coloradan, who had never married who took a liking to Nick. It was Bob who had first encouraged the inquisitive Nick to consider a legal career. And when Nick had said he was thinking of putting law school off for a couple of years after he got his B.A., it was Bob who had persuaded him not to delay but to seize the moment, as things had a habit of slipping away. Three years later, Nick became the first lawyer in the family.

Nick had not seen Bob since Nick’s father passed five years before, and he was surprised and touched that Bob had remembered him in his will.

Under the letter, the box, like its three traveling companions, was full of books. There were several treatises, nearly all of which were a bit long in the tooth. Nick presumed that Bob had remembered Nick was a history major in college and might appreciate them more than other lawyers.

But they also contained two other things: a large folder of copies of filed briefs and various weathered volumes of the Colorado Reports. Sending the volumes of old Colorado decisions (the Reports ended in 1980) was strange, Nick thought, as they would be of little use to a New York lawyer.

Nick took out all of the Reports’ volumes and arranged them sequentially. There were 32 in all — a fraction of the full series. There were thus many gaps in the number sequence. Nick was intrigued.

He poured himself a tall black coffee from the office kitchen. He returned to his chair, put his feet on his desk and opened the lowest-numbered volume. It had been a while since Nick had opened a book of case decisions because he was part of the generation known for conducting nearly all of its case research via online databases like Lexis and Westlaw. Indeed, Nick’s firm, like many others, had in recent years donated or tossed all its case report volumes, seeing them as anachronistic relics of the pre-digital world taking up valuable office space that could be put to more profitable use.

He turned through the pages and saw the spectrum of subject matter that one would expect to be addressed in the reported cases: contracts, torts, matrimonial, wills, etc. There was nothing out of the ordinary.

He was about to put the book down when he saw something extraordinary. About a third of the way into the volume, at the right margin of a page, was a pair of handwritten pencil marks. The first, at the beginning of a long paragraph, consisted of a horizontal line, about a quarter of an inch long, joined at a right angle by another line of about the same length going down. At the end of the paragraph, again in the right margin, was another mark, this time with the vertical line meeting the horizontal at the bottom, like a backward “L.”

The marks surprised Nick. He would never — even in pencil — think of defacing a book owned by his firm. The case — which dealt with authorship of a courthouse cafeteria cook’s memoir, predictably titled “Justice Is Served” — was not one he recalled hearing about in law school. The marked paragraph contained merely a statement of the law in Colorado on a particular obscure point. It was the only notation in the case. Why had someone broken the unwritten rules of law office decorum to single out that paragraph in that case?

Nick continued paging through the volume, and toward the end, in a contract case, he saw another set of the handwritten brackets. This set was different in two ways: The first mark occurred midway through the paragraph, and next to it was written “Rider 1.”

Nick sat back in his chair. Riders to him were passages he wanted to quote in briefs or other documents. When, as was usually the case, he drafted directly into Word, he would just cut and paste from the online text to his document. For materials that were not available online, he would photocopy the respective printed page and circle his selection for his assistant to input. But this rider was likely created before photocopiers were available in the office. The marking lawyer probably gave his or her secretary the volume with some kind of bookmark in the page, and the secretary would type the marked passage into whatever document was being prepared.

Nick flipped through the rest of the volume but saw no more notations.

Nick next turned to the volume with the next highest number on its spine. It, too, had a few marginal notations. A quick flip through the other volumes indicated that they all did.

Why, Nick asked himself, had Bob sent him so many volumes, when just one would have illustrated the practice? Maybe it was to show how prevalent the practice was; indeed, Nick had noticed slight variations in the marking styles, and in the handwriting of notations.

Each volume had inside the back cover the firm library sign-out card in a white pocket, with columns for name and date borrowed. Nick knew from his own experience that most lawyers would not bother to sign out a case report volume that he or she borrowed. Nevertheless, each volume’s card had a number of conscientious entries over the course of several decades.

Nick wondered if any, or, if any, which of the notations were Bob’s. He looked at the card in the volume he had open and saw that it had been signed out by a certain “R. Maxwell” on 1/21/63. He pulled the card from another volume, and saw another “R. Maxwell” entry. Every one of the cards in the volumes that Bob had sent him had an “R. Maxwell” sign-out entry. Some had more than one.

“OK,” Nick thought, “so what?” Bob was now beyond the jurisdiction of any court seeking to prosecute him for serial publication defacement. And Nick had no idea whether any, or if any, of the notations had been Bob’s.

Nick started putting the books back in the boxes when he saw again the large folder of briefs. He removed the contents and flipped through them. They had been carefully arranged in ascending date order, spanning several years in the 1960s, which Nick realized was probably at the beginning of Bob’s legal career. Each brief had been signed by Bob.

The first brief dealt with an automobile case. It contained two block quotations. Nick looked at the first citation, which was to a Texas case. But the second was to the Colorado Reports. The volume number was one of the volumes that Bob had sent him. Nick went through each brief and located in each of them at least one block quote citing to the Reports.

By then night had fallen, and Nick was the only one left in the office.

With the pile of briefs to his left, and the Reports volumes standing at the ready in a large arc further on the horizon of his hastily cleared desk, Nick started turning to the pinpoint-cited pages identified in Bob’s briefs.

The bracketed passage in the first one bore after the first marking the handwritten notation, “Sunny day.” Those words appeared to have no relation to the case or the quoted material.

The next brief, dated a couple of weeks later, had a Reports citation pointing to another bracketed passage, this time accompanied by the notation, “Windy.” Again, no connection was apparent.

“So, Bob was not just a lawyer, but also an amateur meteorologist,” Nick mused to himself. “Who knew?”

Similar notations were made, until one that said after the opening bracket, “Chilly.” But this one was different in that to the right of the closing bracket was the word “Indeed” in a different handwriting.

Nick determined that “Park” was neither the name of the case nor of any of the parties. On a hunch, he pulled up on Google Maps the location of Bob’s firm as indicated at the end of the brief. Two blocks away was a park.

Photographs of the park showed that, at least when they were taken, the park had many benches, and information indicated it was a popular place for nearby workers to eat their lunch.

The ending bracket in the case reporter passage bore the notation, “Okay.”

Such “Park” references reoccurred frequently, virtually every time accompanied by an affirmative response. This went on for nearly two years.

“Why had they stopped?” Nick wondered to himself.

Nick reviewed all of the materials again, but they provided no guidance. On a hunch, he confirmed online that the park remained a park up until the present and had not been paved over to put up a parking lot or for any other form of “progress.”

Nick ran all kinds of searches on the Web, trying to find some clue. Eventually, in response to a search including the name of Bob’s firm and the word “secretary,” there was one result out of the multitude that caught his eye.

It was an engagement announcement in a local newspaper. Dated shortly after the last brief, it proudly reported that one Abigail Mills had become engaged to one Benjamin Nelson, accountant. Ms. Mills was identified as a secretary at Bob’s firm.

Bob had let his chance slip away.

Nick leaned back in his chair and exhaled audibly. He now understood that when Bob had advised him to seize the moment, he had been speaking from the pains of personal experience.

Bob had apparently never fully recovered from that disappointment, Nick realized. But he had wanted to make sure that Nick did not make the same mistake.

Nick cleared space on his shelves for the books and the folder of briefs, so that they would always be in his view and so that he would not forget their lesson. He thought about the many ways in which he could implement the guidance he had received: in his career, in his personal life and in his plan someday to do the writing he kept putting off — for that time all lawyers envision when life would somehow become less hectic.

Before leaving, he sent a quick email to the executor, acknowledging his receipt of the boxes, thanking him for his efforts and requesting a copy of Bob’s will.

And a few days later, Nick would read in that will that, except for four boxes of legal material, Bob had left everything to one Abigail Mills Nelson. D 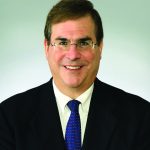 Lawrence Savell is Counsel at Herbert Smith Freehills New York LLP and is a guest contributor of short stories for The Docket. He can be reached at Lawrence.Savell@hsf.com.