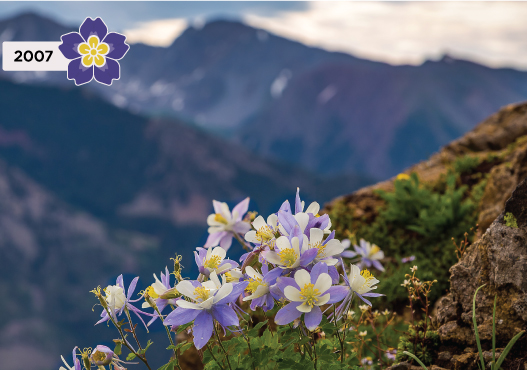 (Chorus of “Where the Columbines Grow,” by A.J. Fynn)

Now, that is a song; that is poetry. No wonder Colorado adopted “Where the Columbines Grow” as its state song in 1915. But now that venerable tune must share “state song” status with a relative upstart: John Denver’s 1972 “Rocky Mountain High.”
Do we really need two state songs? One has served us well for nearly a century. Would we insult the square dance by making the polka our second state folk dance? Would we belittle the Colorado hairstreak butterfly by adopting the deer tick as the supplemental state insect? Would we minimize the contribution of the stegosaurus by anointing the velociraptor as an added state fossil? No way; the tradition by which we honor these state symbols is too strong and must remain inviolate.
Nevertheless, the General Assembly, with such weighty measures on this session’s agenda as whether we should get out of Iraq, used up a valuable hour to make this John Denver melody our second state song, and the debate was fierce. Unfortunately, the legislature debated the wrong topic. It gave no consideration to the momentous question of whether we should unceremoniously shove aside “Where the Columbines Grow,” a song so near and dear to the hearts of all true Coloradans (come on, everyone, sing along: you know the words!). No, the question on the table was limited to whether a Rocky Mountain High was a natural state induced by breathing pure mountain air and overlooking majestic mountain vistas, or whether the song glorified a chemically induced state-patriotic euphoria.
John Denver himself insisted that his song was about nature, not drugs. Our legislators agreed. The only conclusion to be drawn from this decision was that no one in the General Assembly was over 11 years old in 1972. Anyone who was 18 to 35 that year would have no doubt that lyrics such as “friends around the campfire and everybody’s high,” and “they say that he got crazy once and he tried to touch the sun,” referred to a state of mind that resulted from something more than just looking at pretty scenery.

Still, you have to give credit to the sponsor of the Rocky Mountain High resolution, Aurora Sen. Bob Hagedorn. In the spirit of legislative compromise, he found a middle-ground between a natural high and one aided by chemicals. According to Hagedorn, the meaning of the lyrics is in the mind of the beholder and the song might just as well refer to “a bunch of guys who spent the day hunting or fishing and are having a couple six-packs.” Right! John Denver was all about hunting and fishing.
For better or for ill, we now have a second state song. Unfortunately, West Virginia scooped up John Denver’s “Take Me Home, Country Roads” as its song before the Colorado legislature could adopt the entire John Denver catalogue as the state songbook. That really would have been far out! D