More than 150 people gathered on Thursday, July 9, at the Ralph L. Carr Colorado Judicial Center for the DBA Annual Awards Ceremony and Reception. There was standing room only in the Supreme Court Courtroom, as more than 150 DBA members, family and friends joined in honoring the 2015 award recipients for their commitment to the legal field and the community before the reception in the atrium. 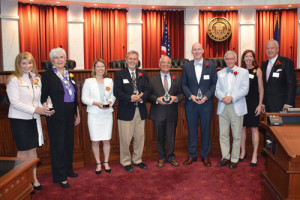 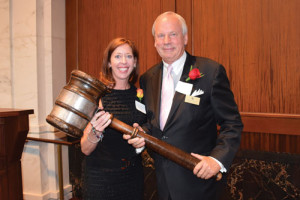 Guests visit with each other.

The 2015 Immigrant Liberty Awards, a fundraiser and awards ceremony for the Rocky Mountain Immigrant Advocacy Network (RMIAN), was held on Friday, June 12, at the University of Denver’s Ricketson Law Building. 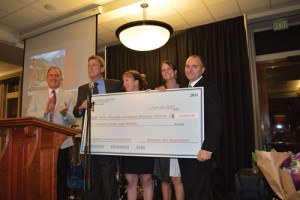 The Immigrant Liberty Award honorees were:

Immediately following the awards presentation, Immediate-Past CBA President Charles F. Garcia presented RMIAN with a check for $50,000 from the Colorado Bar Association. The donation was decided on earlier this year by the CBA Executive Council as a funds-matching challenge to RMIAN. RMIAN was able to raise $50,000 on its own, and CBA matched the funds.

DBA Banquet Honors Members for 50 Years in the Legal Community 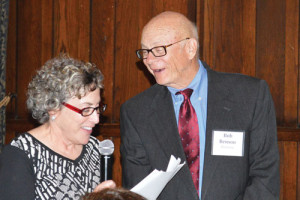 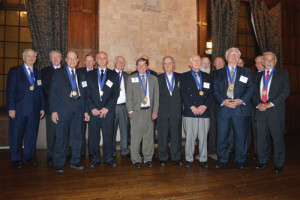 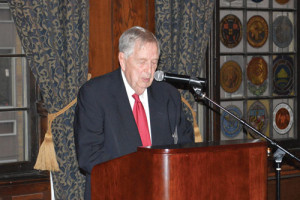 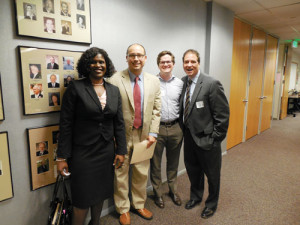 DBA’s Bench and Bar Committee held a complimentary roundtable event titled “Lawyers Are From Mars, Judges Are From Venus” on Wednesday, May 6, at the Denver Bar Association offices. The program was also co-sponsored by the Sam Cary, GLBT and Hispanic Bar Associations. Attendees included approximately 70 attorney members and judges. 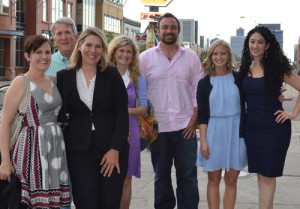 The Docket Committee held its Arts and Literature Contest Judging Party on June 4 at the Rathod Mohamedbhai LLC offices. After viewing and discussing the submissions, the group headed to Meadowlark Kitchen for a bar review. 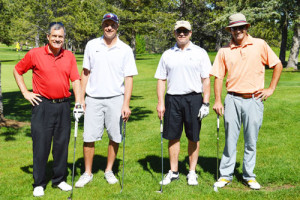 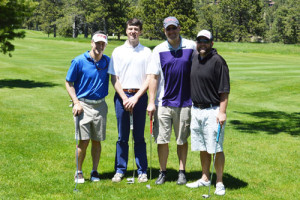 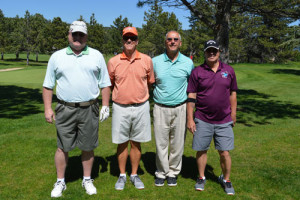 Seniors Hit the Links for Their Annual Tournament 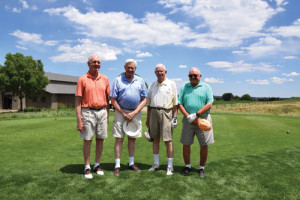 Nineteen DBA senior members gathered for lunch and a round of golf at Homestead Golf Course in Lakewood for the annual Seniors Golf Tournament on July 16. The winners were: Low Gross: Dave Brougham; Low Net: Pete Willis; Longest Drive: Mark Miller; and Closest to the Pin: Chip Delap. 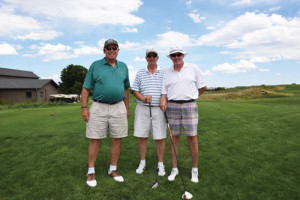 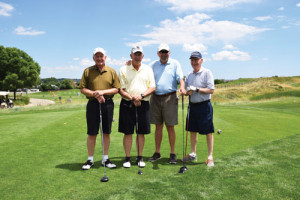 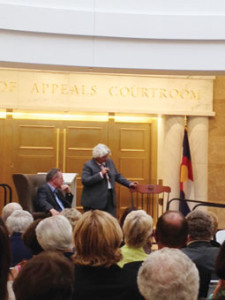 On Tuesday, June 23, more than 75 people gathered at the Ralph L. Carr Judicial Center for a lively celebration to honor the career of Gregory J. Hobbs, Jr., who retired on August 31 after more than 19 years on the Colorado Supreme Court. Justice Hobbs received several gifts, including a rocking chair from his fellow Justices, an antique engraving print and framed poetry — a love he has shared with his friends and fellow DBA Docket readers.