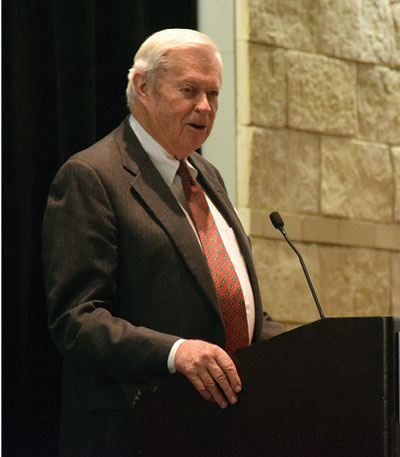 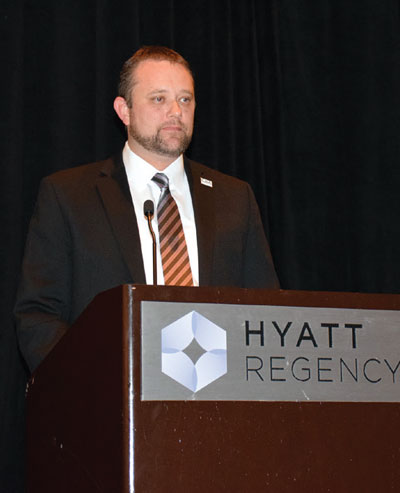 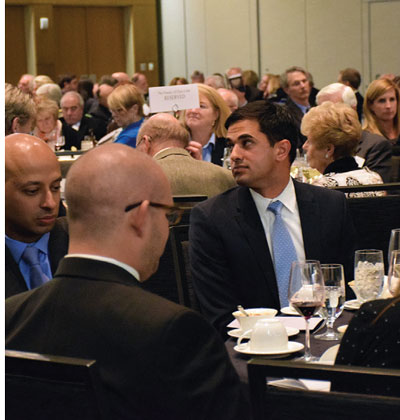 The CBA presented the Award of Merit and the Gary L. McPherson Outstanding Young Lawyer of the Year Award during the Colorado Bar Foundation’s annual Bar Fellows Dinner on January 8. David C. Little was recipient of the Award of Merit, the CBA’s highest honor. Arash Jahanian was named Outstanding Young Lawyer of the Year in recognition of his exceptional leadership and service in the legal community and the community at large.

The children were all smiles during Brown’s visit to the Boys & Girls Club of Metro Denver.

On January 15, American Bar Association President Paulette Brown stopped in Denver as part of her nationwide tour. Brown is the first woman of color to hold the position of ABA president. During her visit to Denver, she gave a talk on diversity and inclusion at a luncheon hosted by the Center for Legal Inclusiveness (CLI). Later that afternoon, as part of her Main Street ABA Initiative, Brown visited the metro Denver branch of the Boys & Girls Club. That evening, the Sam Cary Bar Association hosted a welcome reception for Brown at the Ralph L. Carr Judicial Center. The popular event was co-sponsored by the Colorado and Denver Bar Associations, the University of Denver Sturm College of Law, and the University of Colorado Law School.

DBA MEMBERS GET “FIT TO PRACTICE” AT ANNUAL HEALTH FAIR 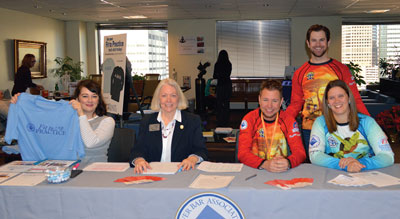 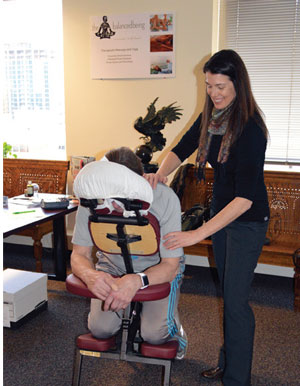 The Denver Bar Association Fit to Practice Task Force hosted its third annual Health Fair on January 14. Attendees had the opportunity to meet with physicians and consult with other health professionals while indulging in healthy food, drinks and much-needed chair massages. Registration also included a lunchtime CLE program led by Sarah Myers, clinical director of the Colorado Lawyer Assistance Program, who offered tips for staying sane in the legal profession. 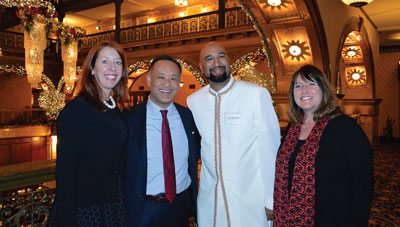 Qusair Mohamedbhai was named the recipient of the 2015 Richard Marden Davis Award during a dinner held in his honor at the Brown Palace Club on January 21. The dinner featured a short film and to-the-point speeches that culminated in DBA President Janet Drake’s presentation of the award. The Davis Award is presented annually to “a Denver lawyer who is 40 years old or younger and combines excellence as a lawyer with civic, cultural, educational, and charitable leadership.” The award was created in the memory of Richard Marden Davis, a founding member of Davis Graham & Stubbs LLP, who devoted his energies to serving the profession and the community. 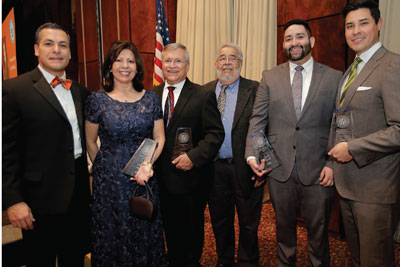