The 2013 Davis Award was presented to Shannon Stevenson on Monday, Jan. 13 at the Brown Palace Hotel. Recognizing her contributions to the community and her professional success, the event in Stevenson’s honor included a cocktail hour, dinner, a video on the history of the Davis Award, and the award presentation. Chris Richardson, managing partner of Davis Graham & Stubbs LLP, spoke of Stevenson’s incredible legal achievements and personal integrity. Dan McCune, current DBA President, then gave the award to Stevenson.

Stevenson, 38, is a partner in the Trial group of Davis Graham & Stubbs LLP. She leads the Appellate Group, and serves on the firm’s Executive Committee. She is an experienced litigator, arbitration and appellate attorney, with specific expertise within the energy, natural resources and construction sectors. Stevenson is the current President of the Colorado Women’s Bar Association, where she focuses on the issue of women in leadership in the legal profession.

The Davis Award is presented annually to a Denver lawyer who is 40 years old or younger, and demonstrates a combined excellence as a lawyer with creative civic, cultural, educational and charitable leadership in the community. This lawyer “…best exemplifies the character and promise of Richard Marden Davis at that point in his career.” The award is presented by Davis’ family, the law firm Davis Graham & Stubbs LLP and the Denver Bar Foundation. 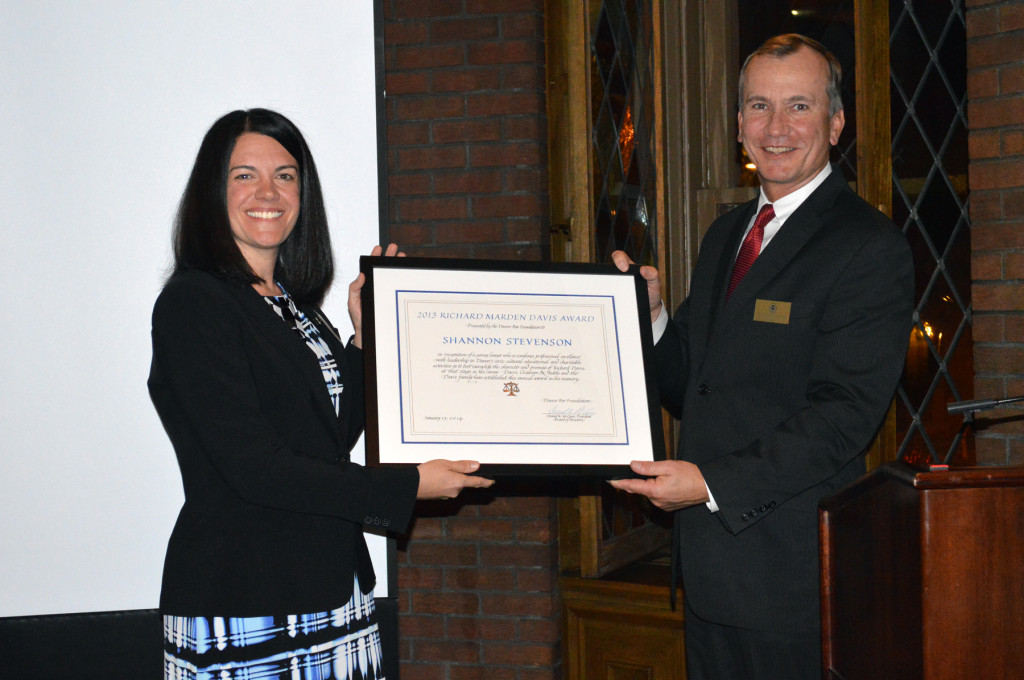 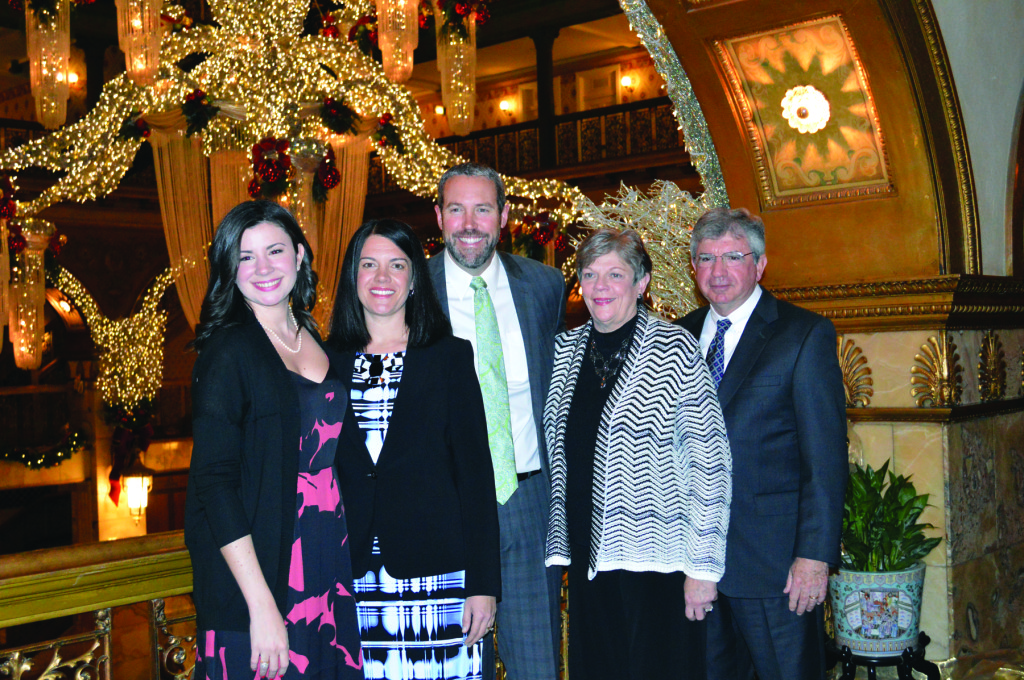 The 2014 Colorado Bar Foundation Fellows Dinner was held on Friday, Jan. 10 at the Hyatt Regency Convention Center in downtown Denver. Following a lively cocktail hour, the guests were seated for dinner. The award presentations began as the eating wound down, honoring Michael Berger and Benjamin Currier.

Michael Berger was given the CBA Award of Merit – the association’s greatest honor, signifying outstanding service to the association, the legal profession, the administration of justice and the community as a whole. Berger was recently appointed to serve as a judge for the Colorado Court of Appeals.

The Colorado Bar Foundation, a 501(c)(3), is the grant-making arm of the CBA. Bar Fellows are selected from nominees recommended by their colleagues, based on several factors such as prominence in the legal community and contributions to advancing justice. 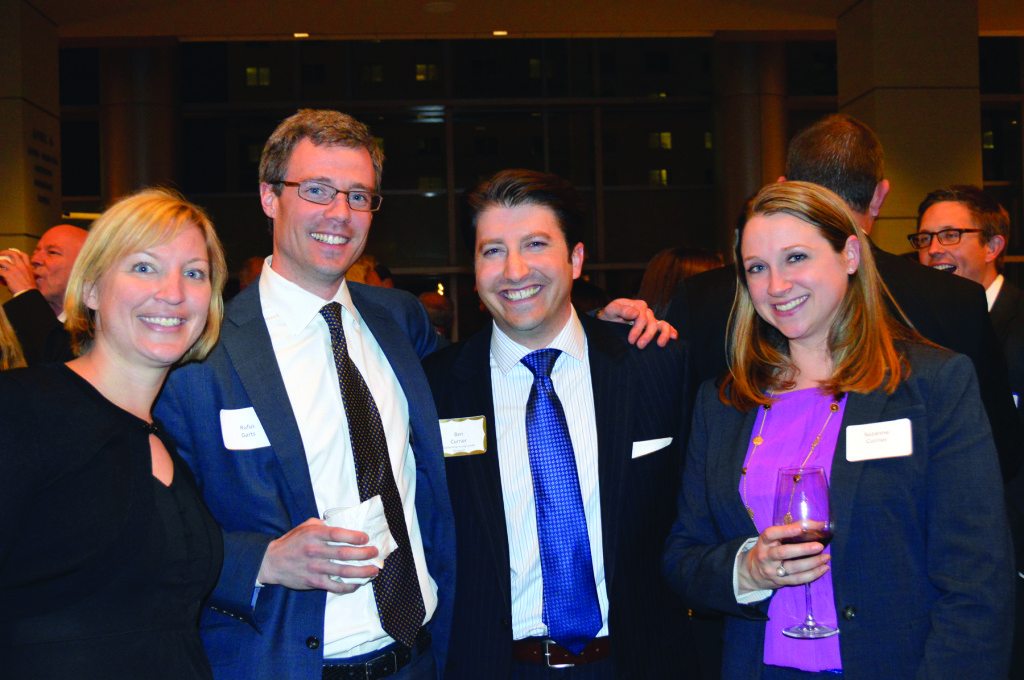 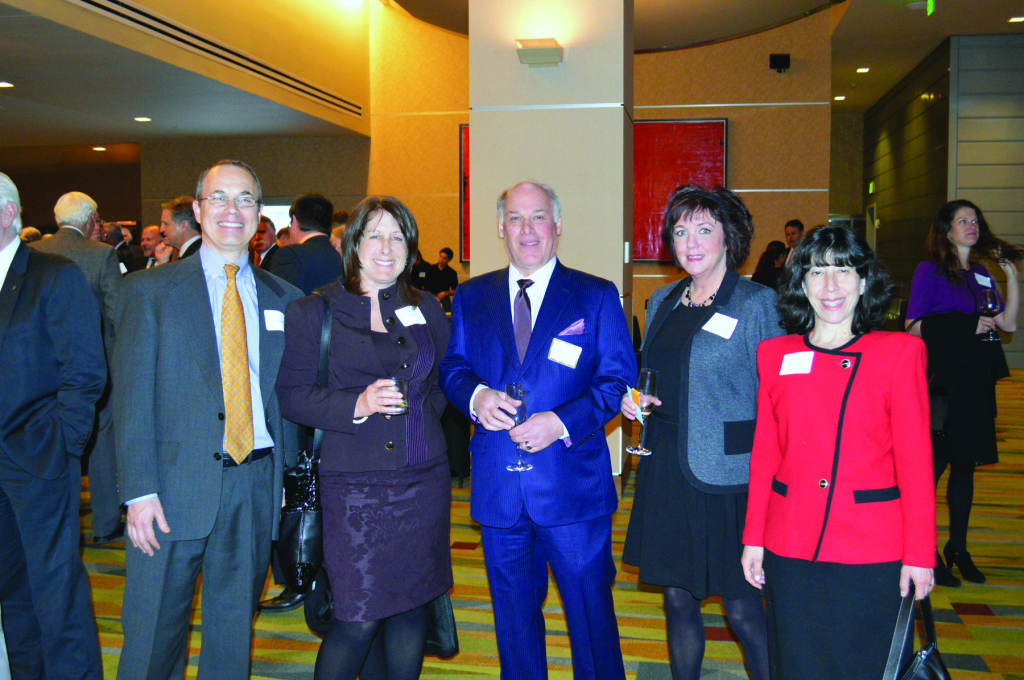 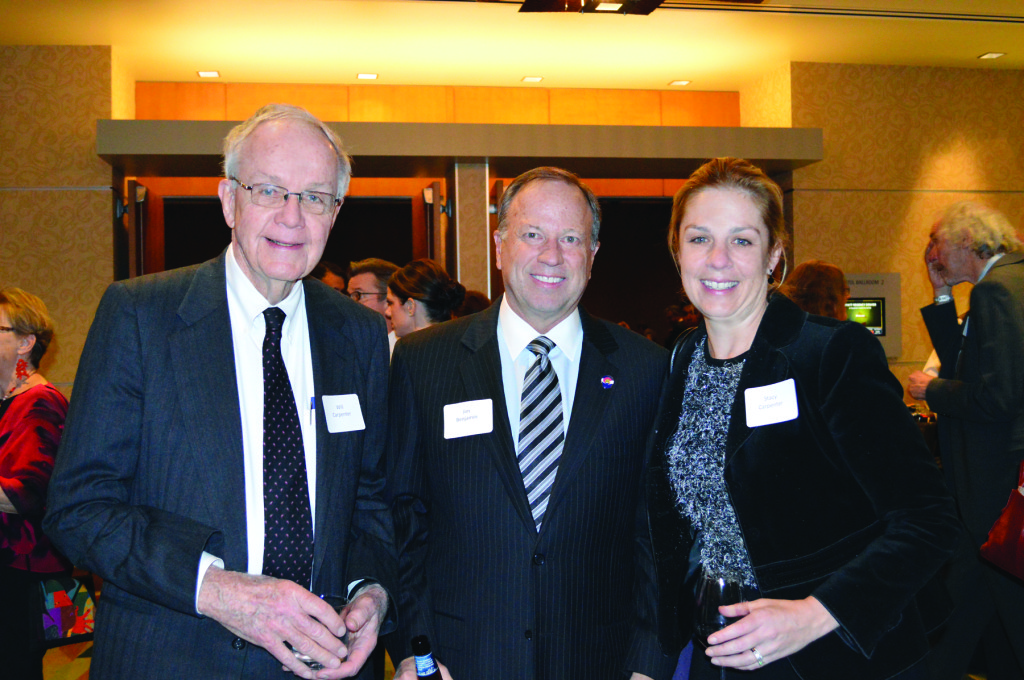 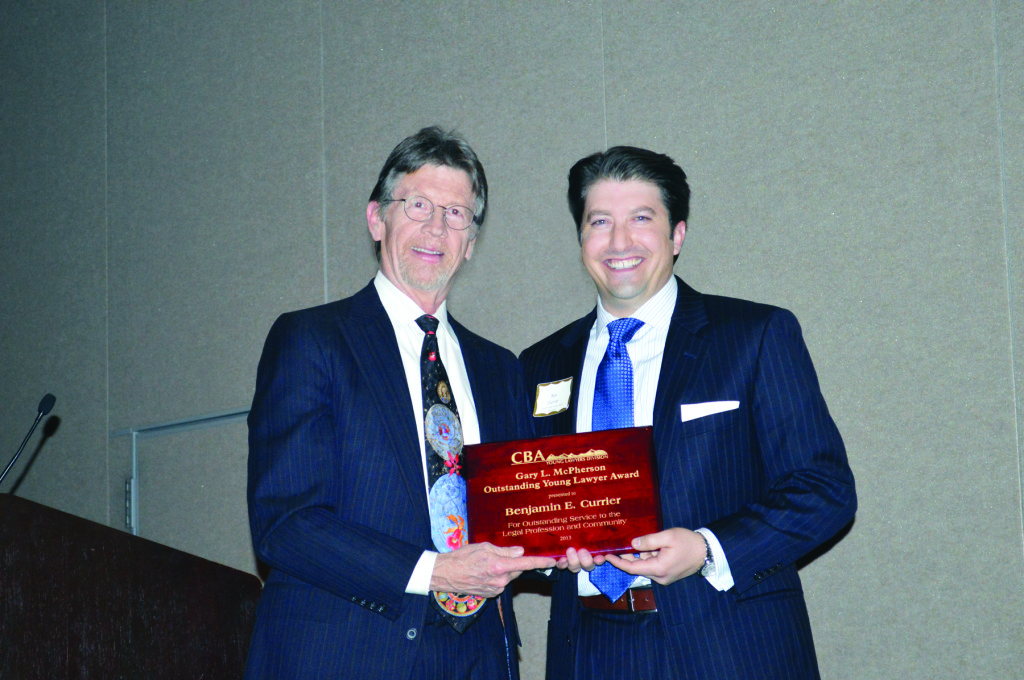 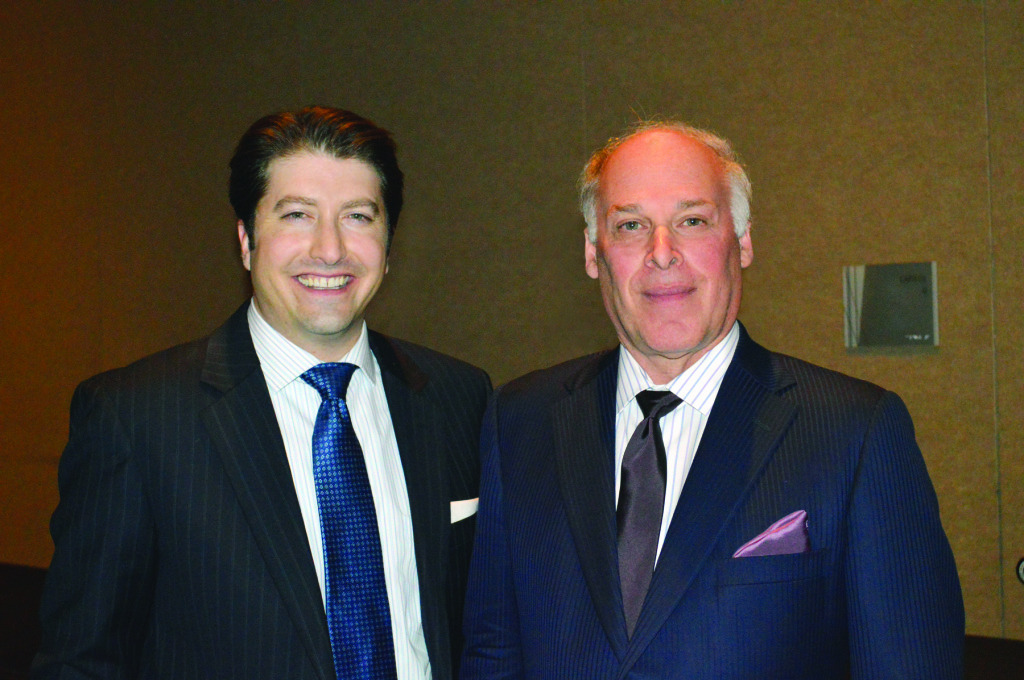 The Community Action Network committee of the Denver Bar Association hosted the Third Annual Strikes for Tykes family bowling event on Nov. 16, 2013 benefitting the Children’s Outreach Project. COP is a non-profit, therapeutic preschool and child care center serving north Denver and the surrounding communities. The vision of COP is “to provide young children of all abilities with excellent early childhood education and care that is affordable for families.” This year’s event sold out with close to 100 participants at Elitch Lanes in Denver and included door prizes and a raffle with 15 fantastic prizes. The CAN committee was thrilled to donate $6,643.16 to COP! 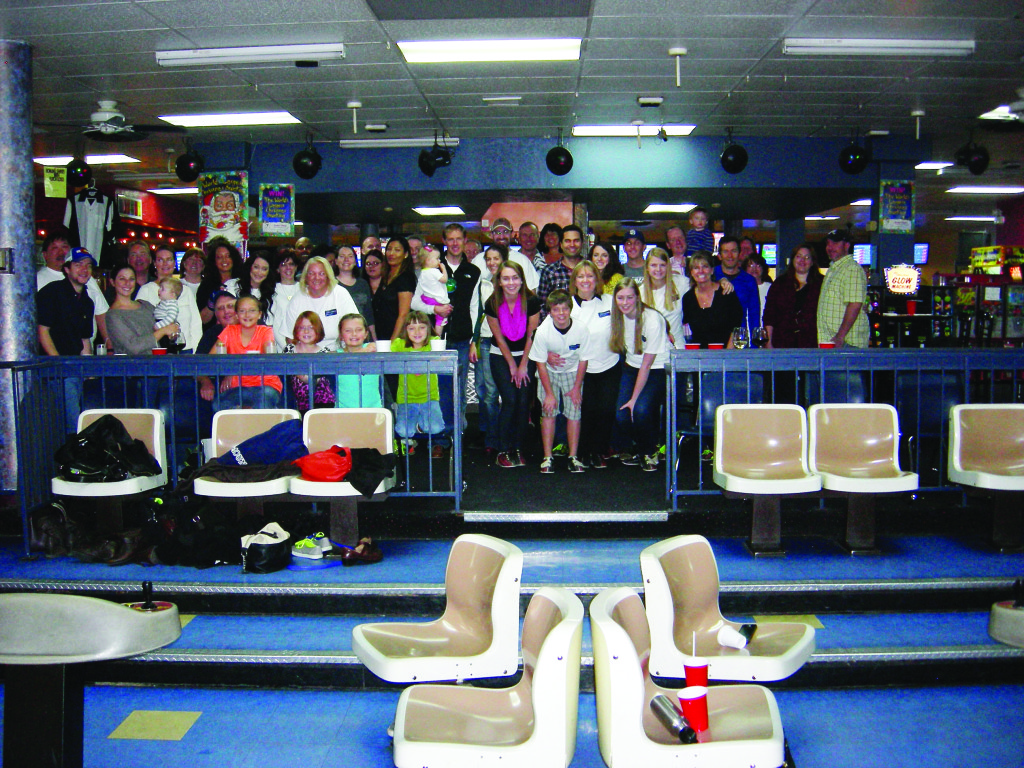 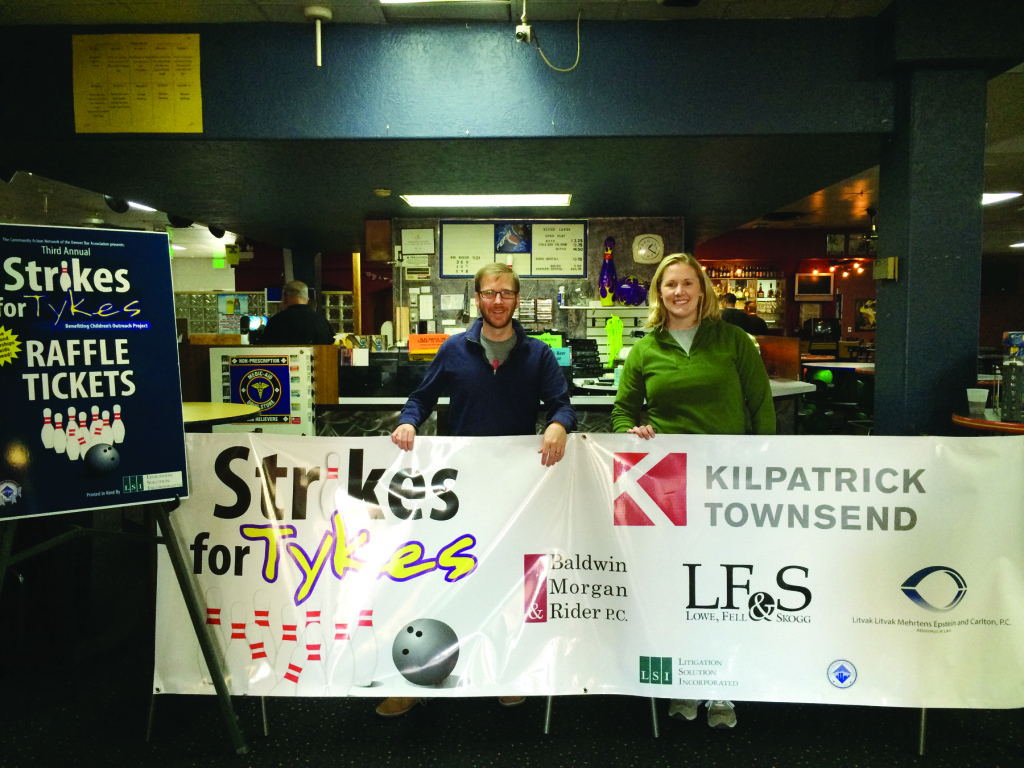 The first DBA Health Fair was held on Thursday, Jan. 9 at the DBA/CBA offices from 7 a.m. to 1 p.m. Hosted by the DBA Fit to Practice Task Force, it offered a variety of health services to members, family, staff and nonmembers. The Visiting Nurses Association, a nonprofit health care agency, provided comprehensive biometric screening (such as cholesterol, lipid profiles and blood pressure) as well as flu shots. National Jewish Health was also there to provide a Spirometry Function Test.

More than 50 attendees had the opportunity to visit booths including an acupuncturist, wellness coach, chiropractor and masseuse, as well as representatives from the Colorado Athletic Club, Kindness Yoga and Snikiddy Snacks. Guests were given complimentary healthy snacks, such as Kind bars, hummus, vegetables, fruit and coconut water. The bustling event was an energetic kick-off for the DBA Fitness Challenge, supporting the Sean May Memorial Run, Colfax Relay Marathon team, and Wheels of Justice Courage Classic. Visit fittopractice.org to learn more about the fitness challenge. 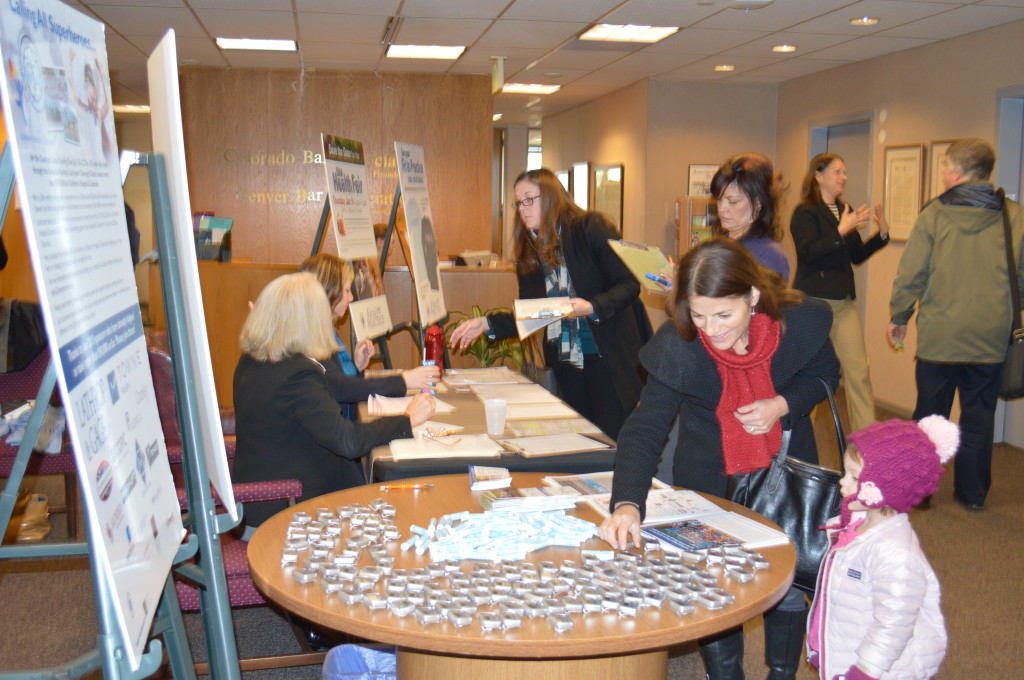 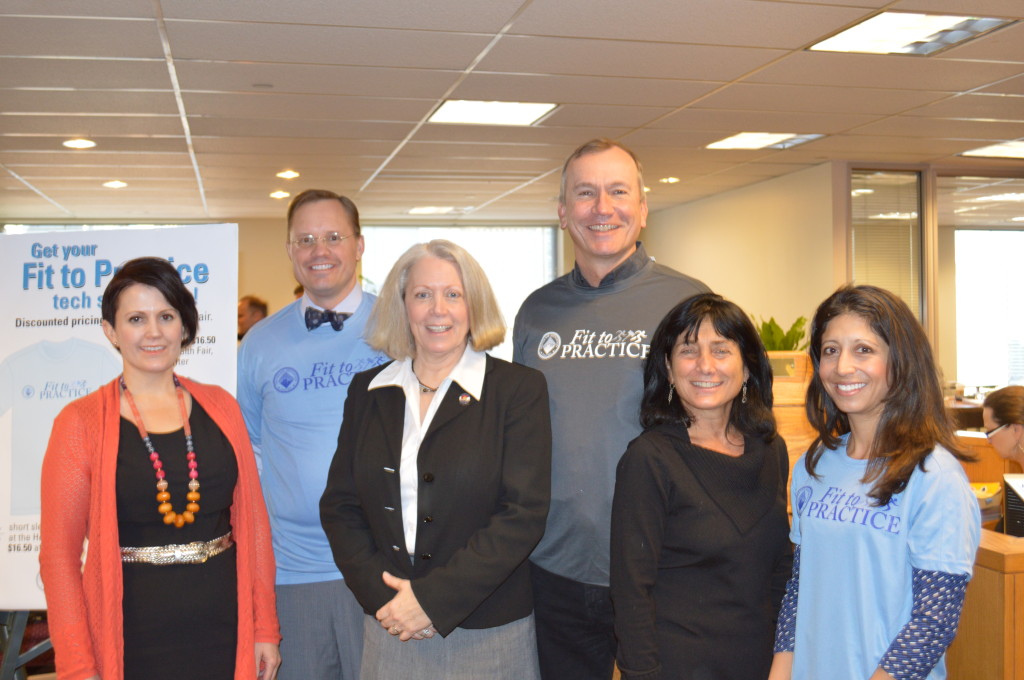