Bennet S. Aisenberg Honored with the 2015 Warrior for Justice Award

Bennett S. Aisenberg was honored with the 2015 Warrior for Justice Award by the Sam Cary Bar Association for his efforts in promoting human rights, civil liberties and equality. Aisenberg is a sole practitioner in Denver specializing in arbitration, mediation, and matters involving legal ethics. He is a past president of the Colorado Bar Association, the Denver Bar Association and the Colorado Trial Lawyers Association—the legal leaders “trifecta.” 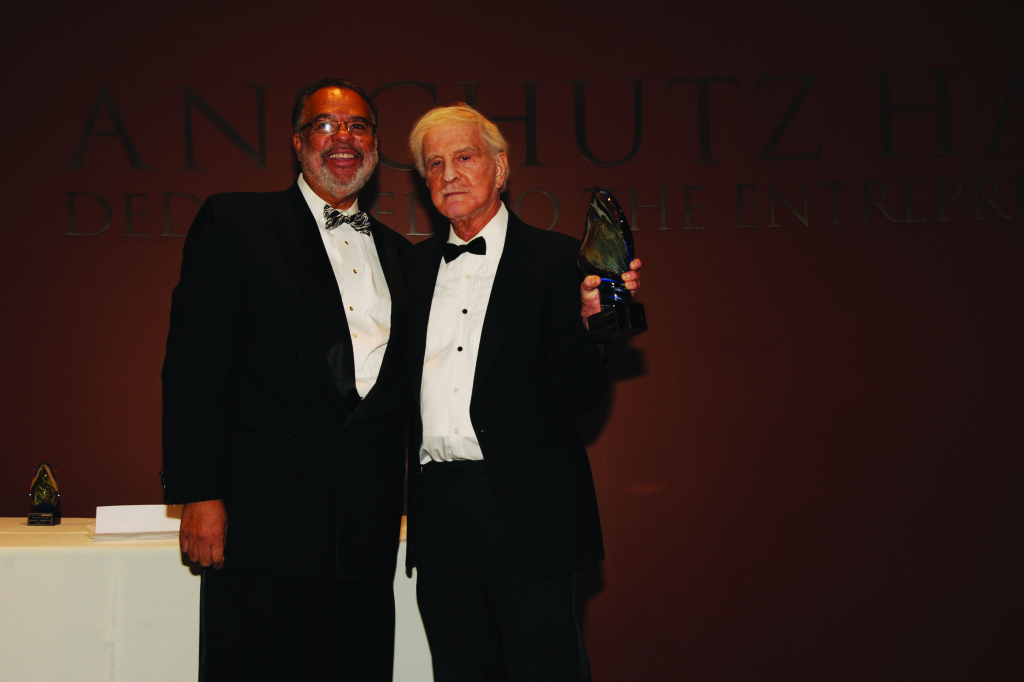 Many of the 632 new attorneys who passed the Colorado bar exam in July of this year were admitted to practice law in Colorado on Monday, Nov 3, at the Boettcher Concert Hall in Denver. Preceding the admittance ceremony was the 2014 Colorado Assembly of Lawyers. The annual assembly culminates October’s Legal Professionalism Month, during which members of the Colorado legal profession rededicate themselves to the highest standard of professionalism and integrity. This year’s assembly featured a panel discussion about professionalism in the 21st century. Following the assembly, the new attorneys took the Oath of Admission, and were welcomed to practice by Colorado Supreme Court Chief Justice Nancy Rice, U.S. District Court Chief Judge Marcia Krieger, and CBA President Charley Garcia. The keynote address was given by former Colorado Supreme Court Chief Justice, Michael Bender. 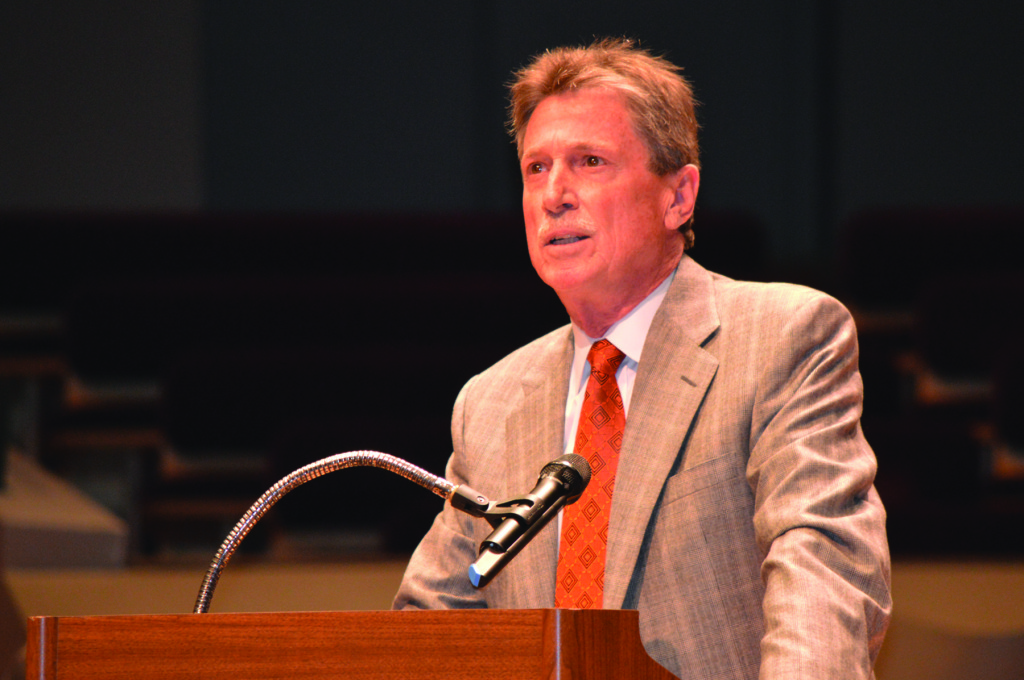 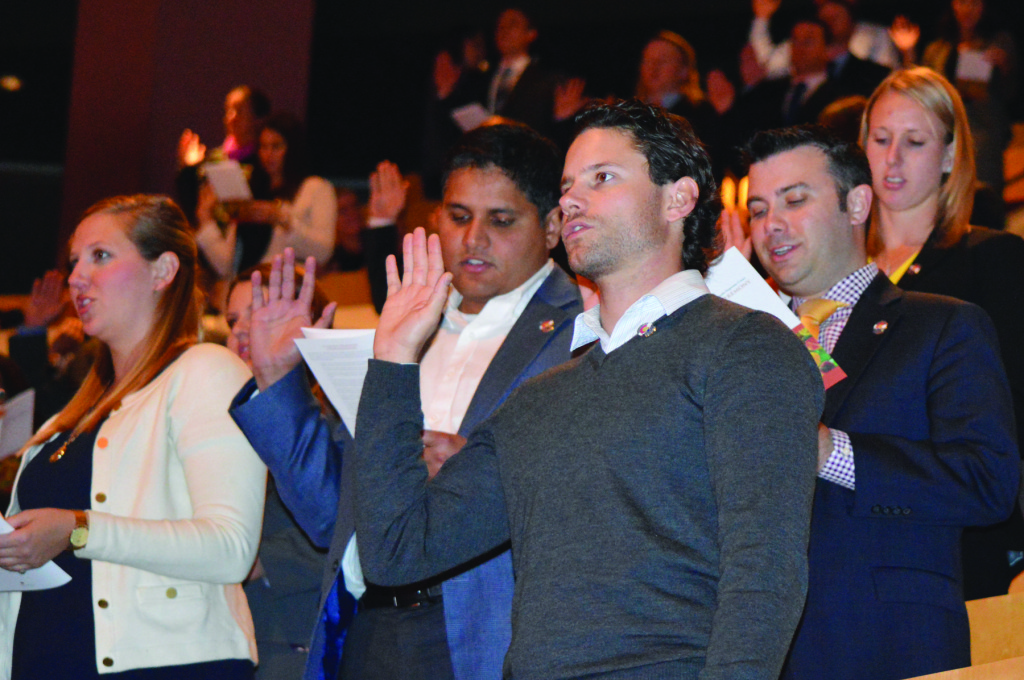 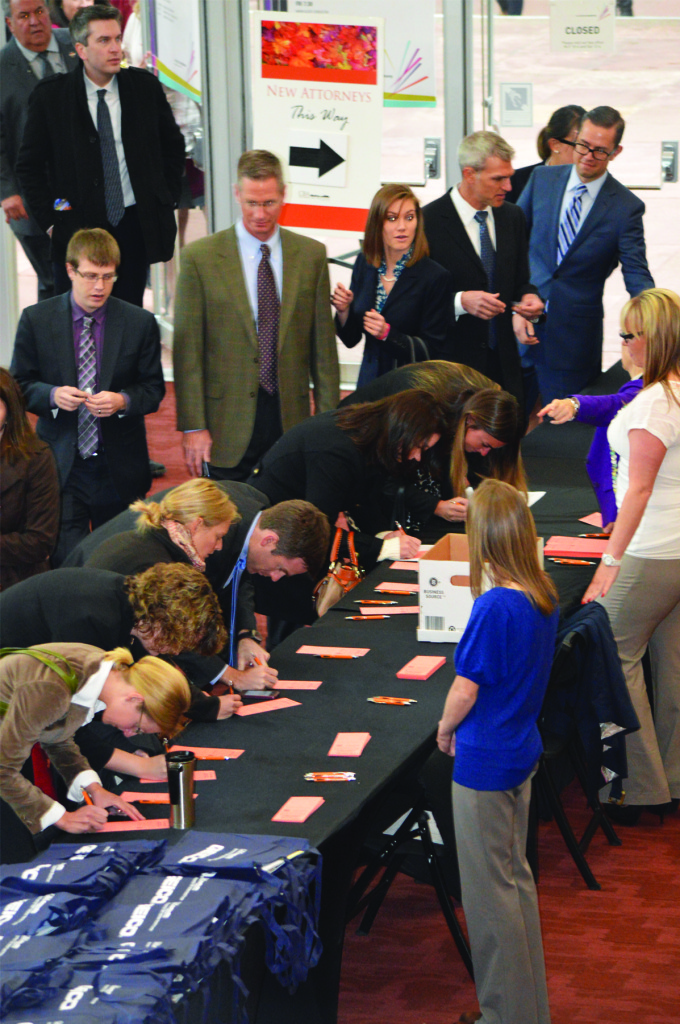 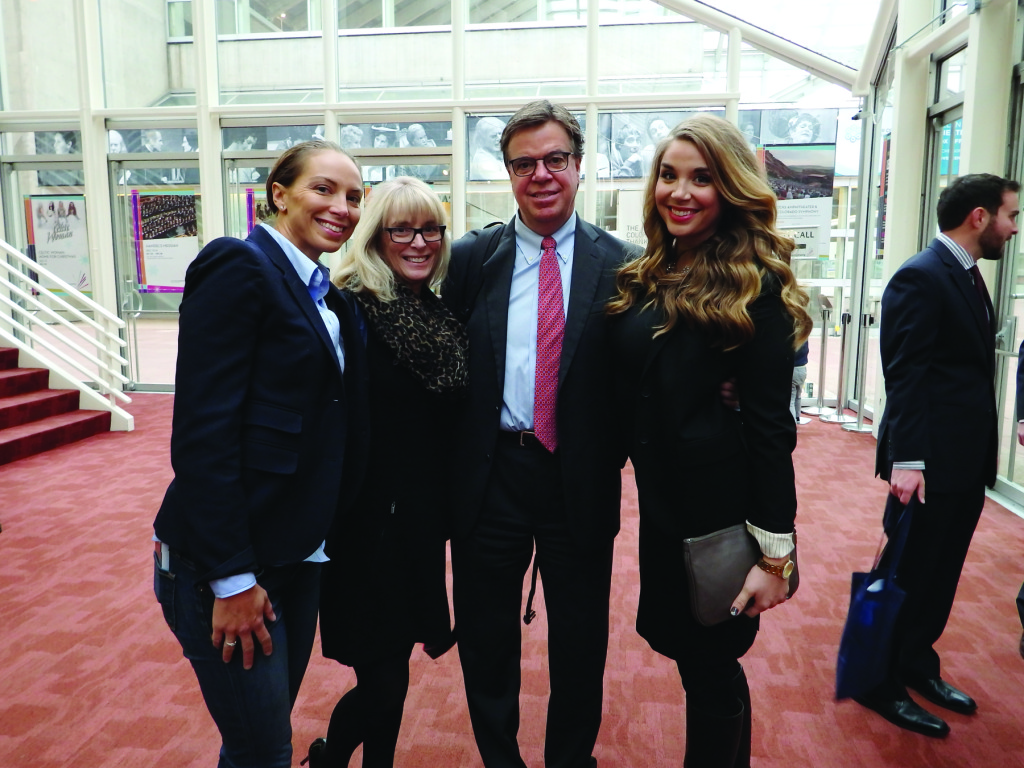 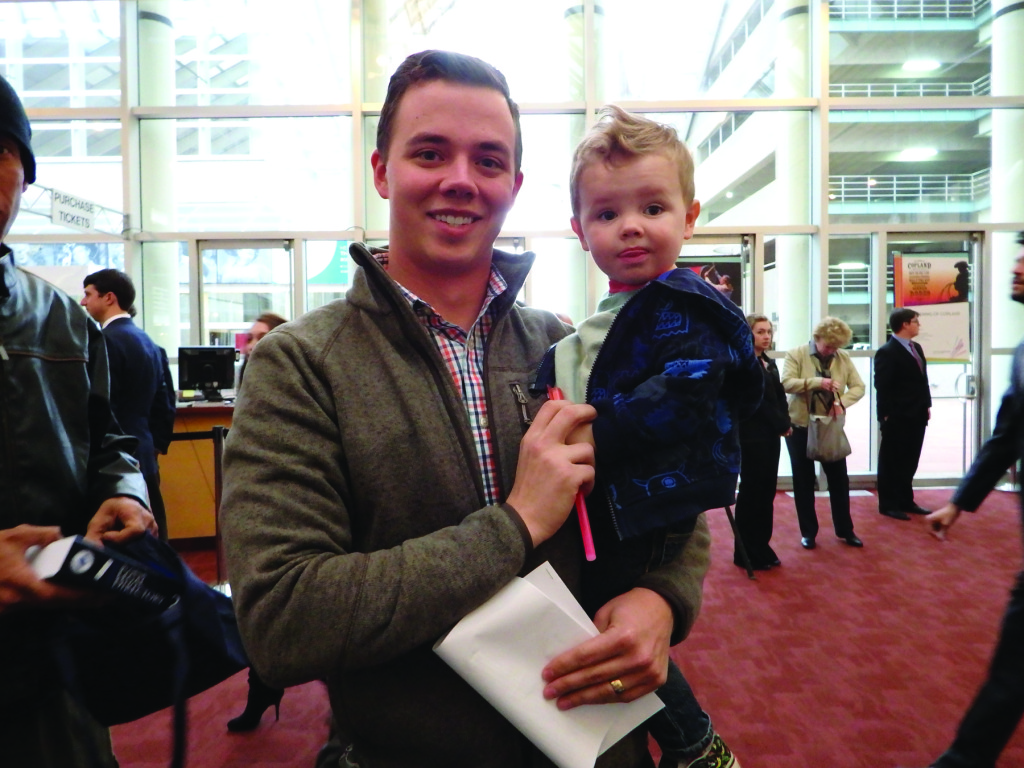 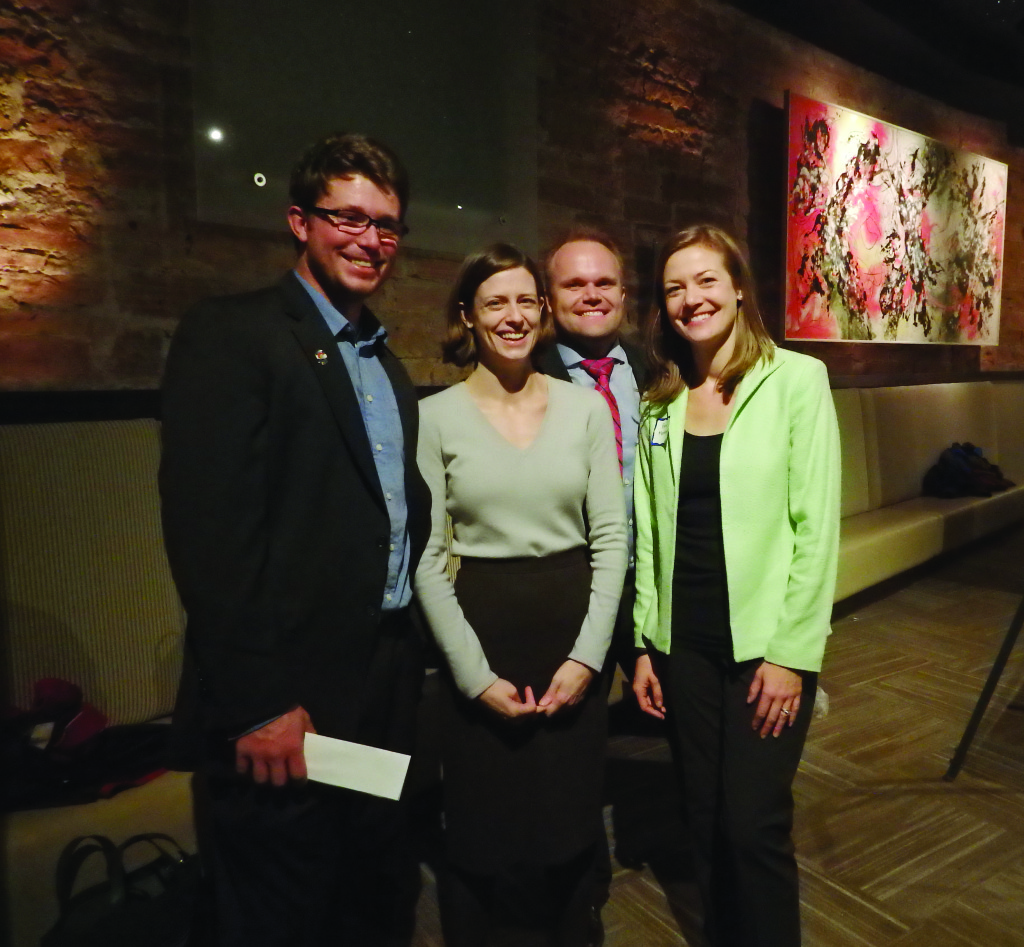 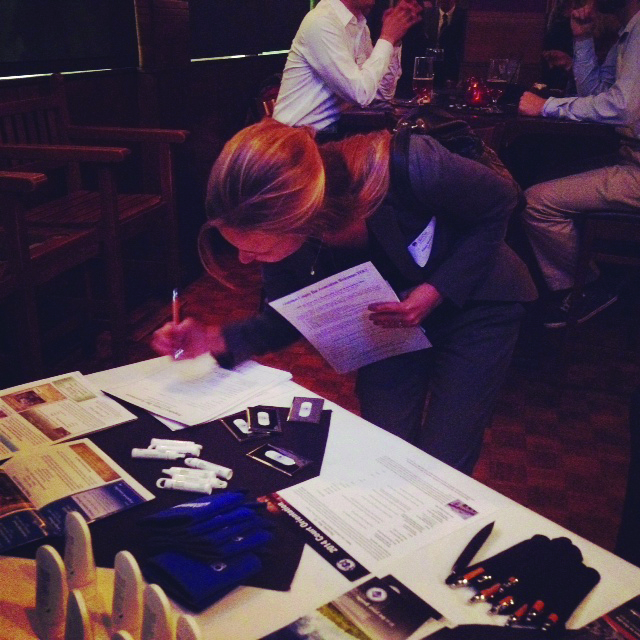 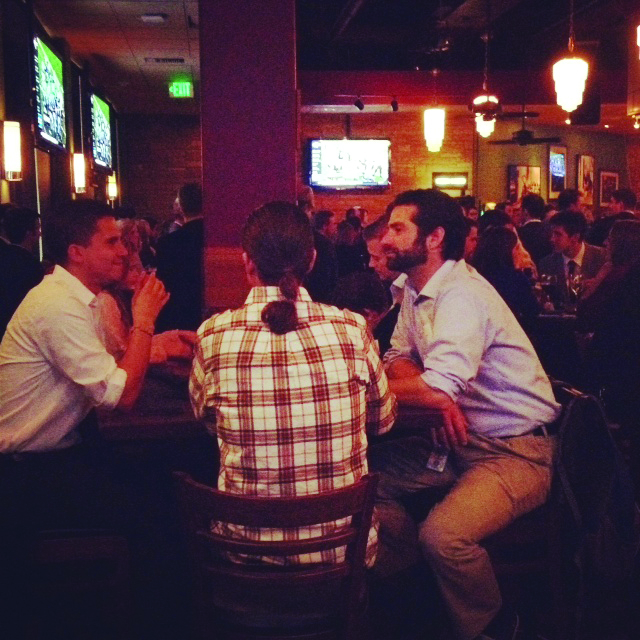 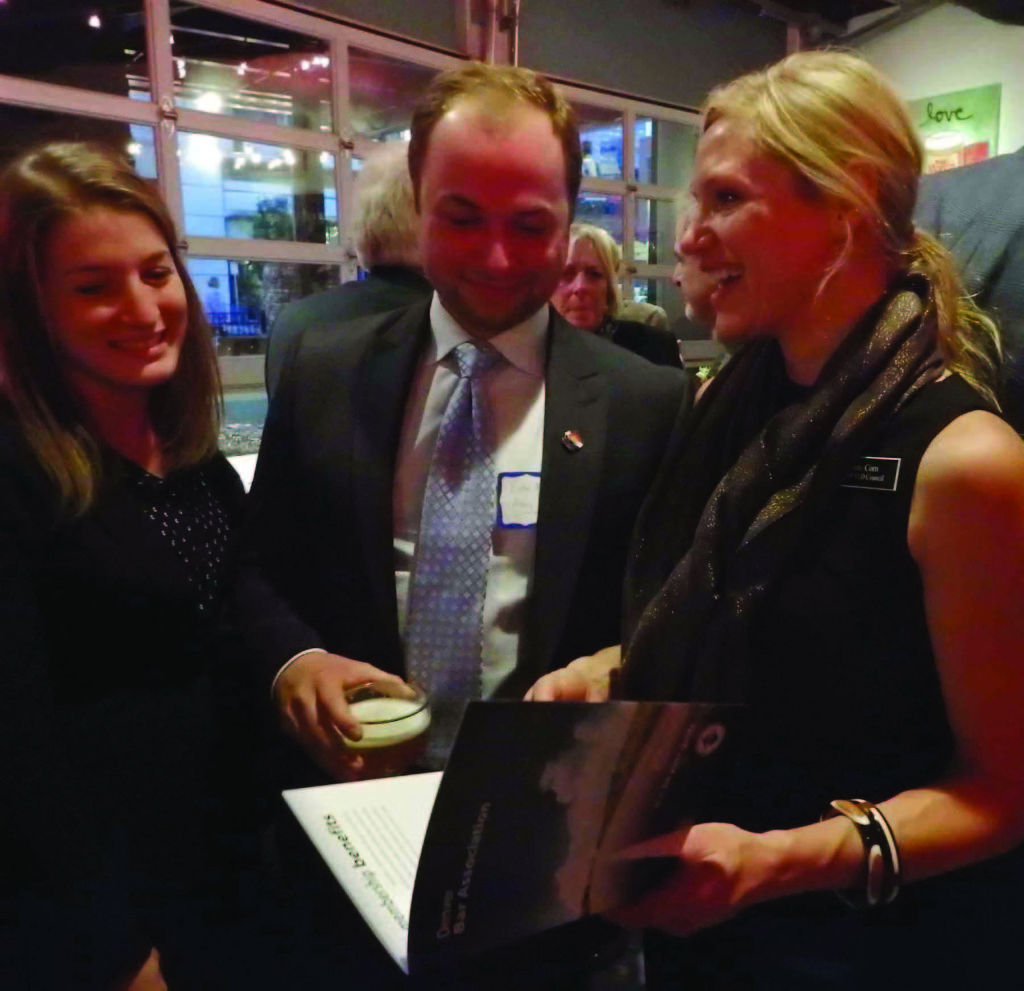 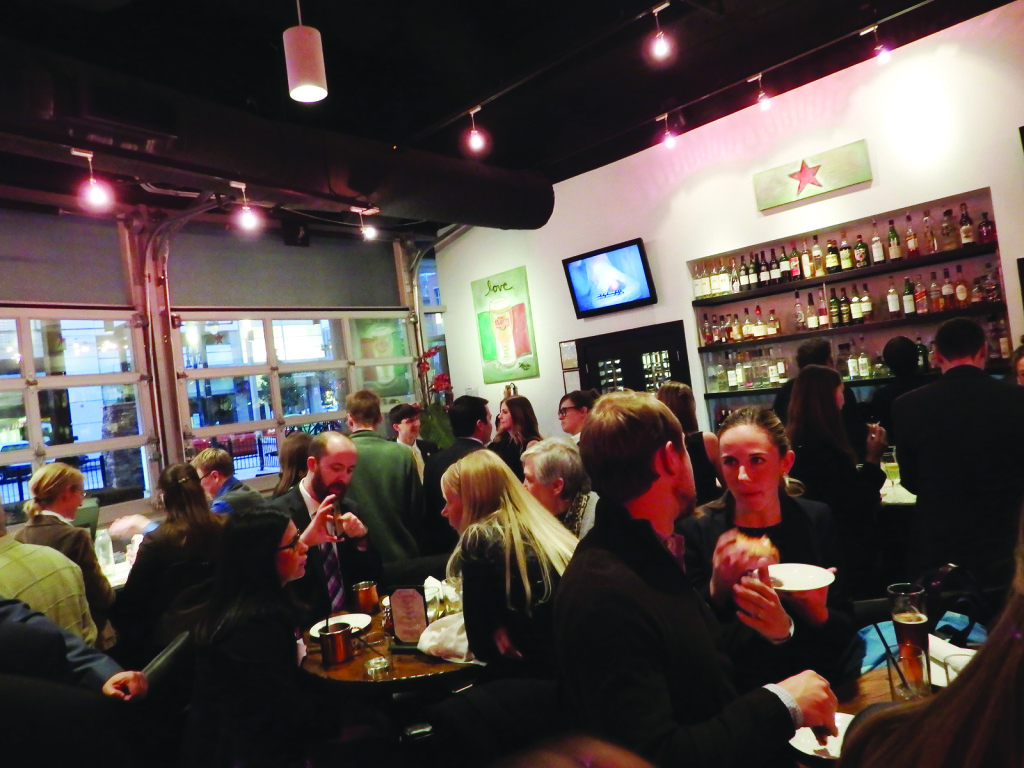 Monday, Oct. 6, the CBA along with the Asian Pacific American Bar, Colorado GLBT Bar, Colorado Hispanic Bar, and The DBA Young Lawyers Division held its monthly networking event title Barristers After Hours on Thursday, Oct. 16 at Session Kitchen in Denver’s South Pearl district. Barristers After Hours are typically held in downtown Denver. However, this month the DBA YLD partnered with the University of Denver Sturm College of Law Alumni Council, Career Development and Opportunities, and Office of Alumni Relations in an attempt to get more law students at the event. The event was a success with more than 70 attendees which included law students, new graduates, and bar leaders.

Barristers After Hours are free networking events, and include two free drinks and appetizers for attendees and they are held the third Thursday of the month. The DBA YLD encourages all bar members to attend these fun-filled and welcoming events. For more information visit dbayounglawyers.org or contact Heather Clark at hclark@cobar.org. Bar, Colorado Women’s Bar, and Sam Cary Bar sponsored a debate of three candidates for Colorado Attorney General. The debate was moderated by Denver Post political columnist Fred Brown. The candidates included Republican Cynthia Coffman, Democrat Don Quick, and Libertarian David Williams. More than 120 attendees enjoyed the free event held at the CBA CLE offices. 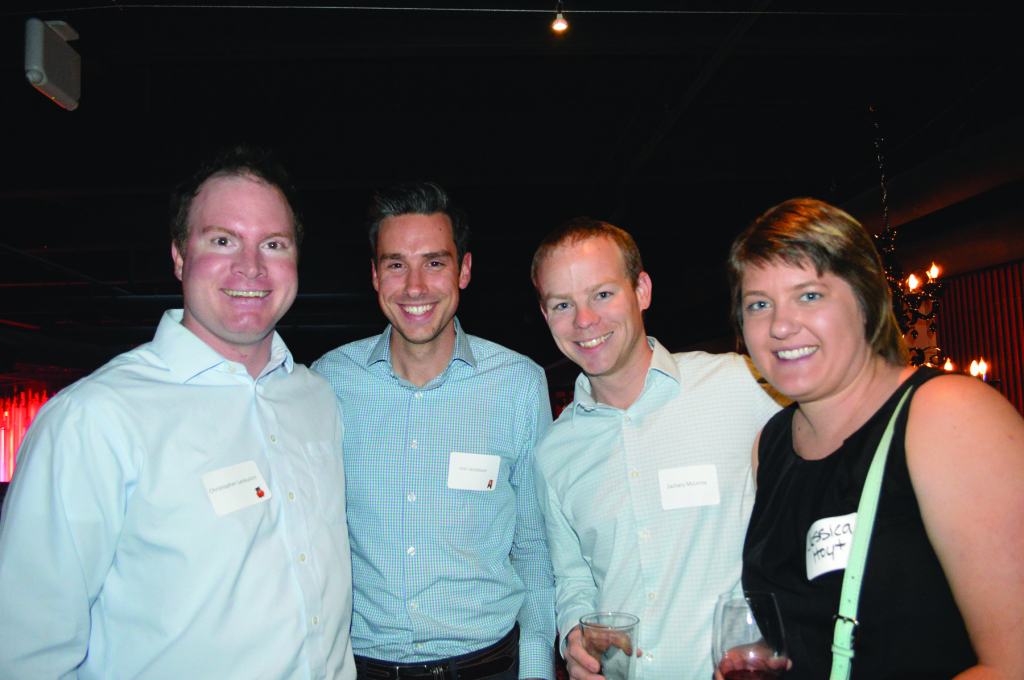 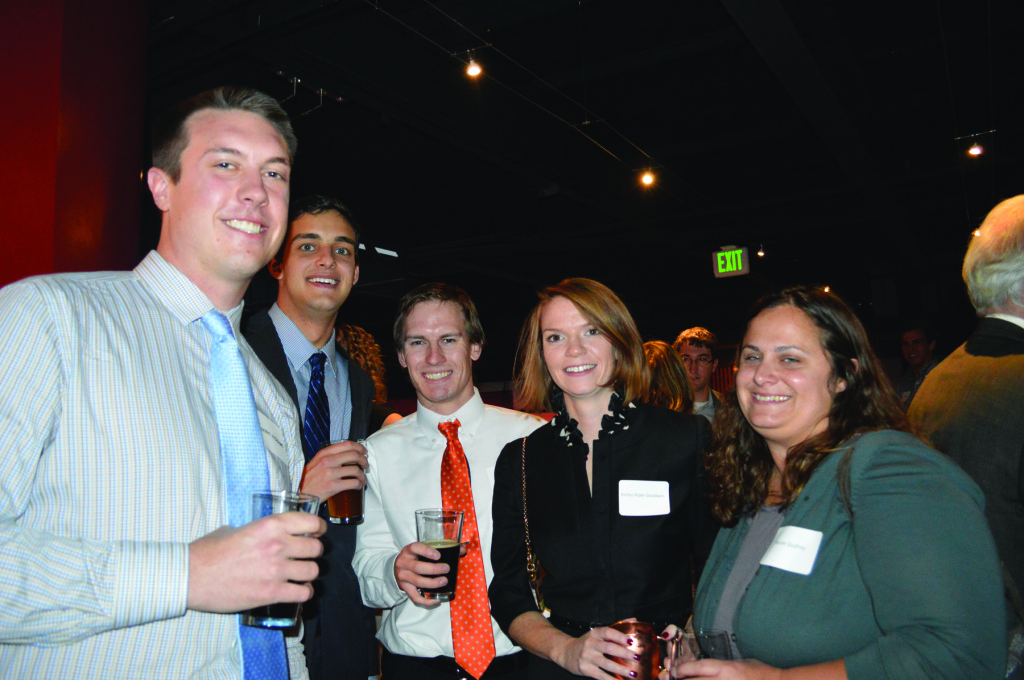 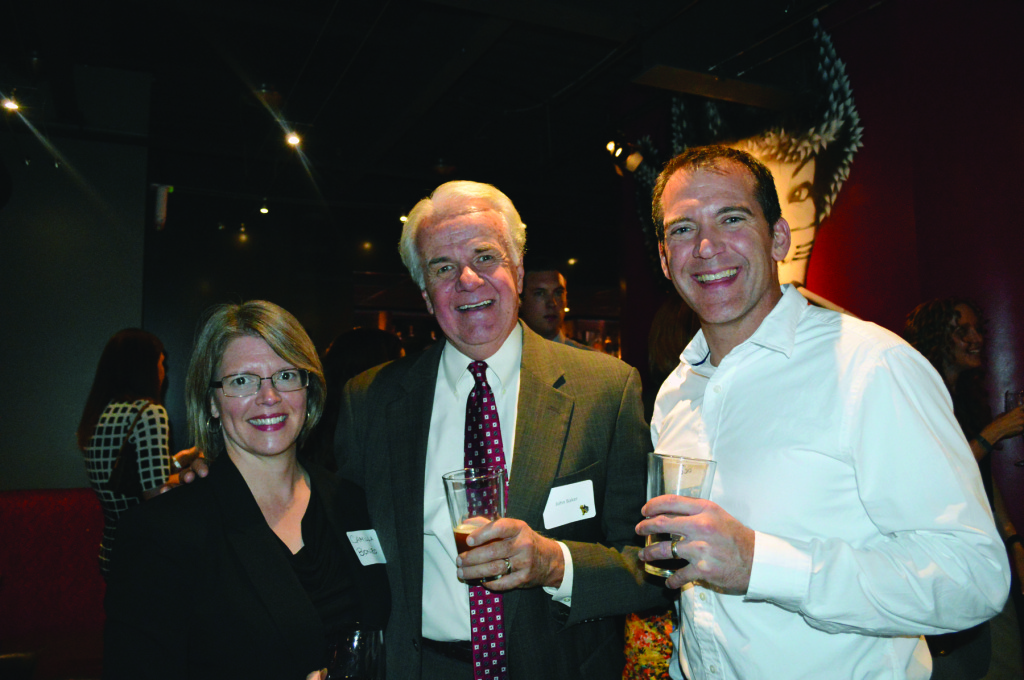 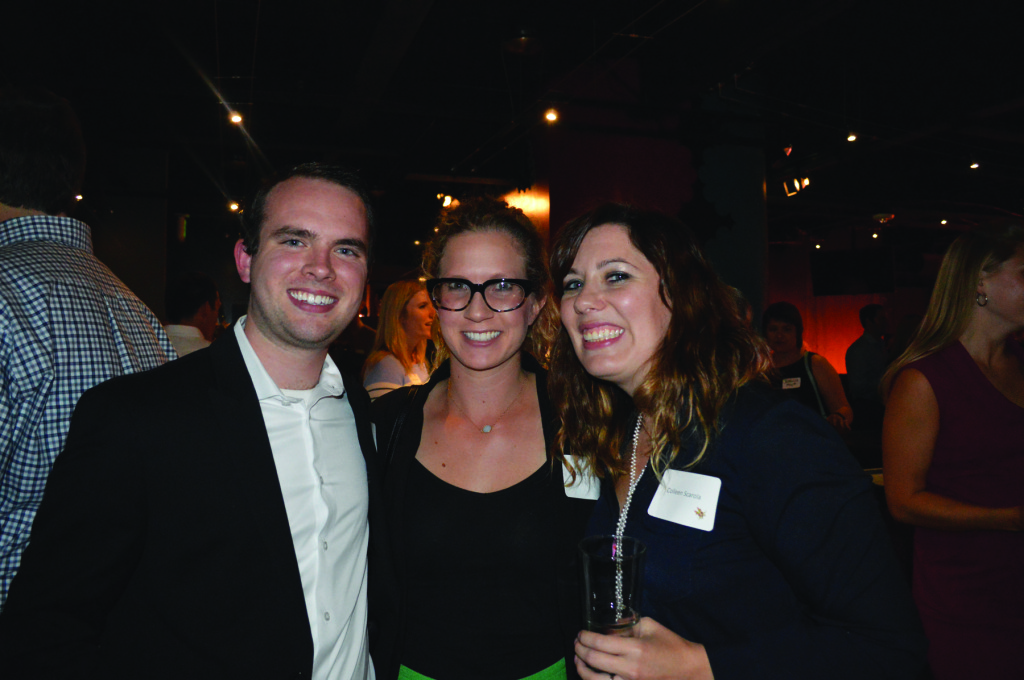 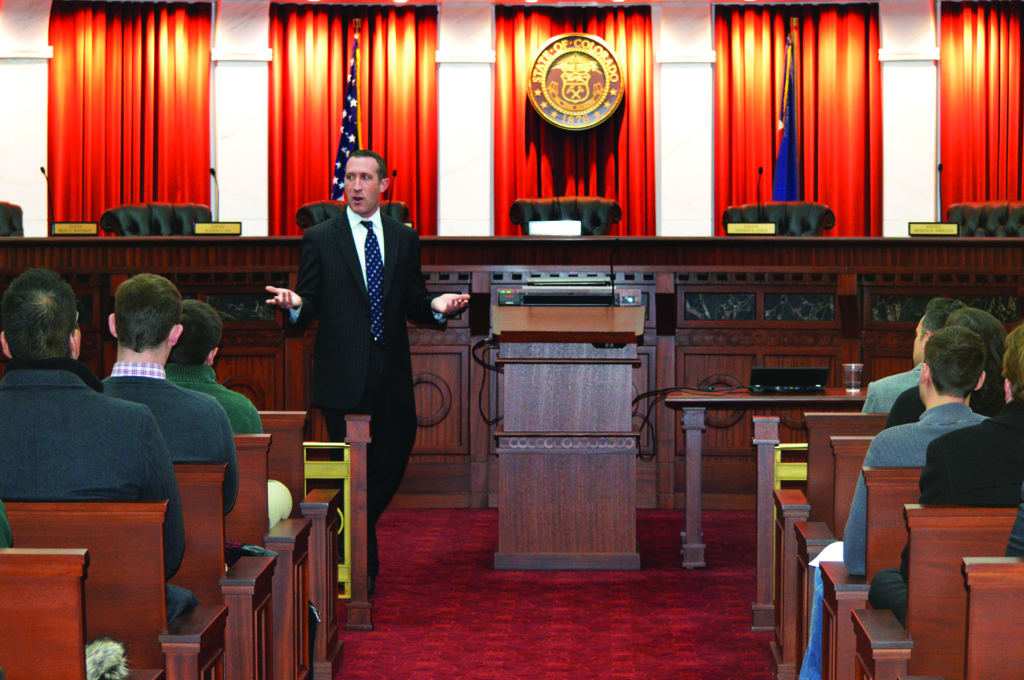 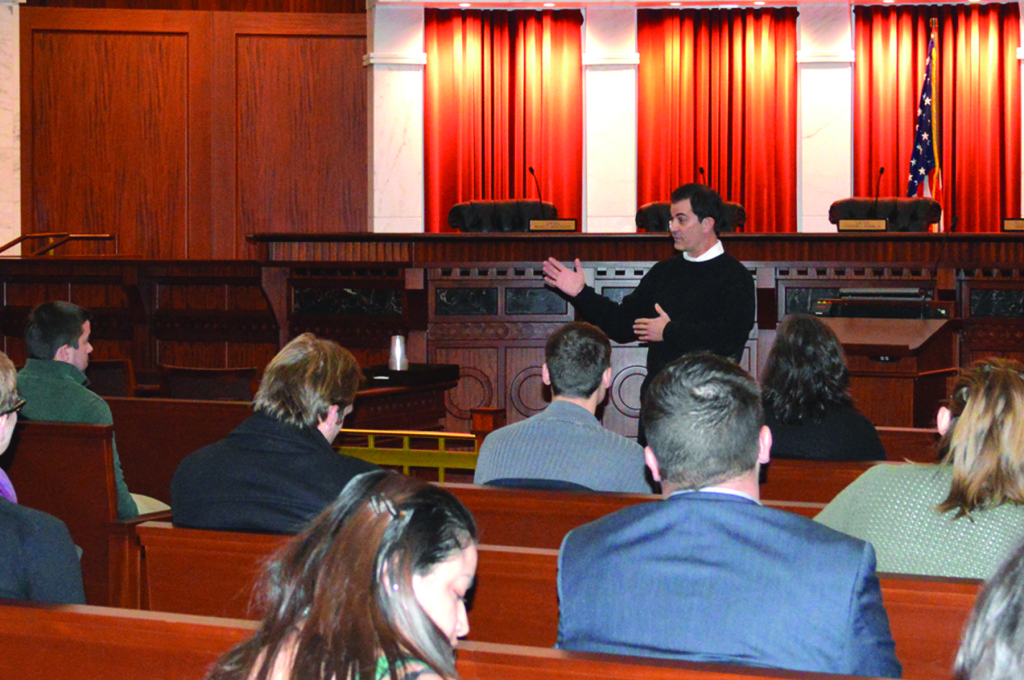 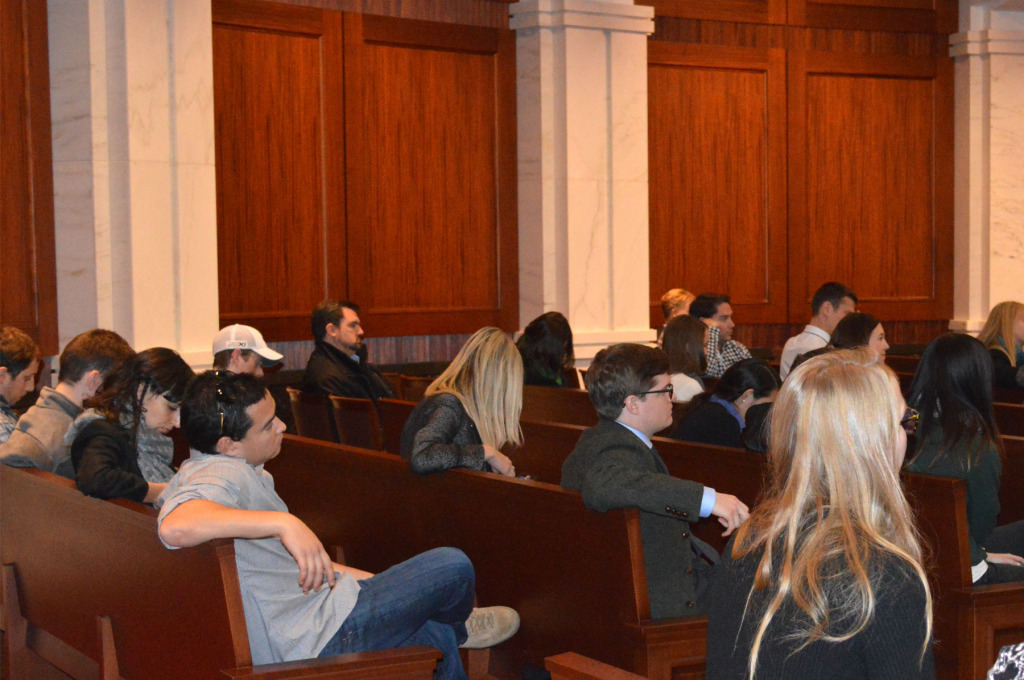 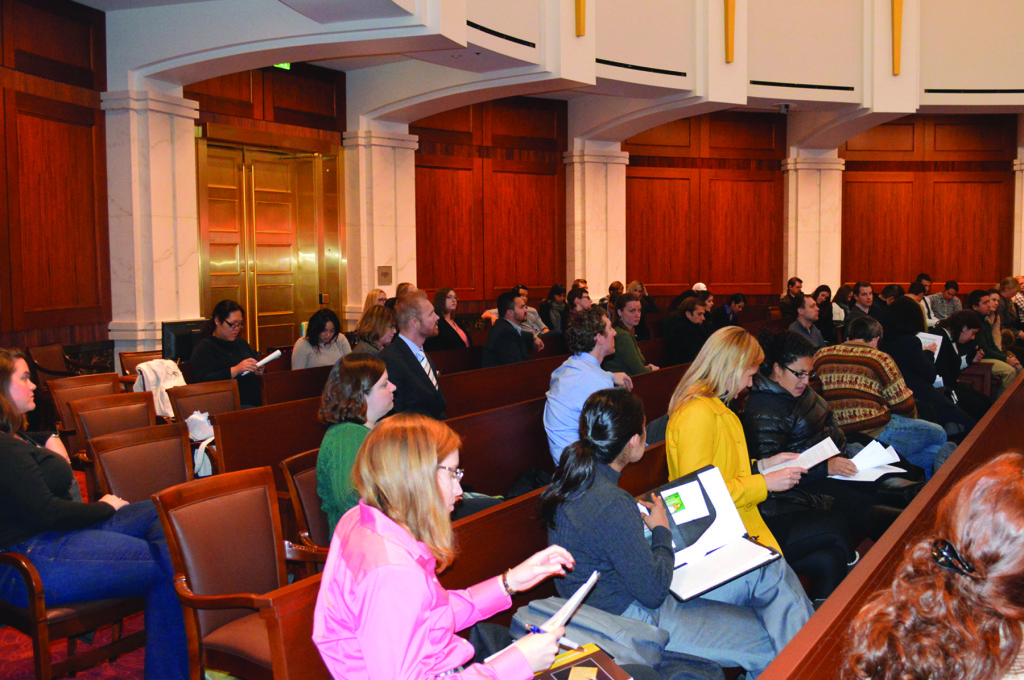 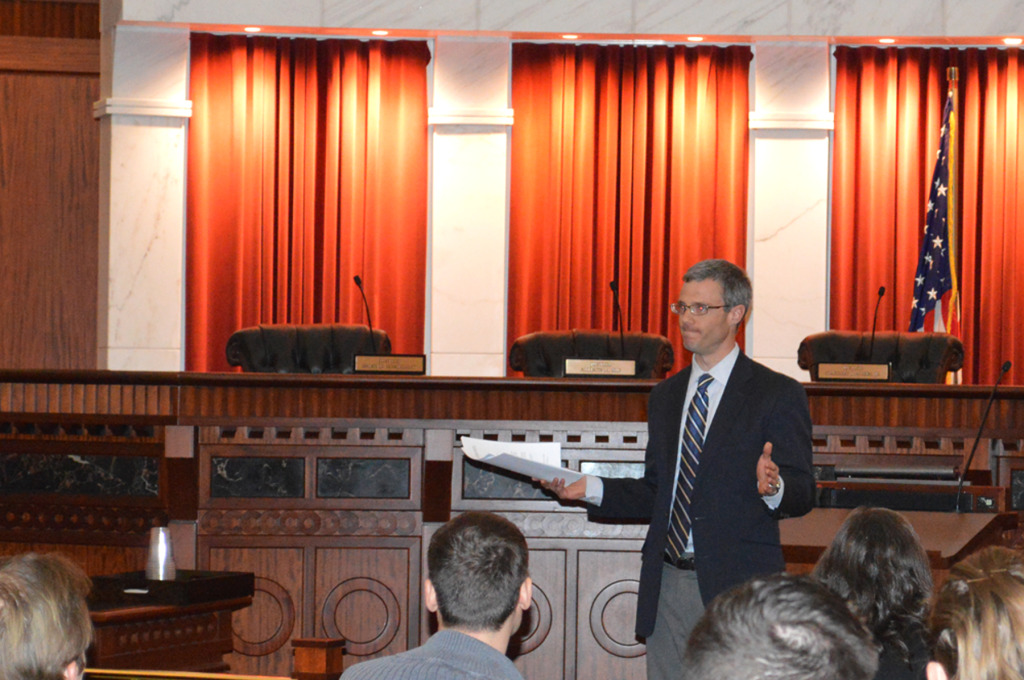 This co-sponsored program by the Colorado Access to Justice Commission and the Denver Access to Justice Committee challenged an audience of local law professionals to practice law as a modern day Clarence Darrow would. Many legal scholars consider Clarence Darrow to be one of the best trial lawyers of the 20th Century and Judge Sanford Brook asked an engaged group really important questions on how they specifically, as well as the legal community as a whole, can uphold ethics in the courtroom. The program included many great questions and a lot of interesting and diverse conversation. 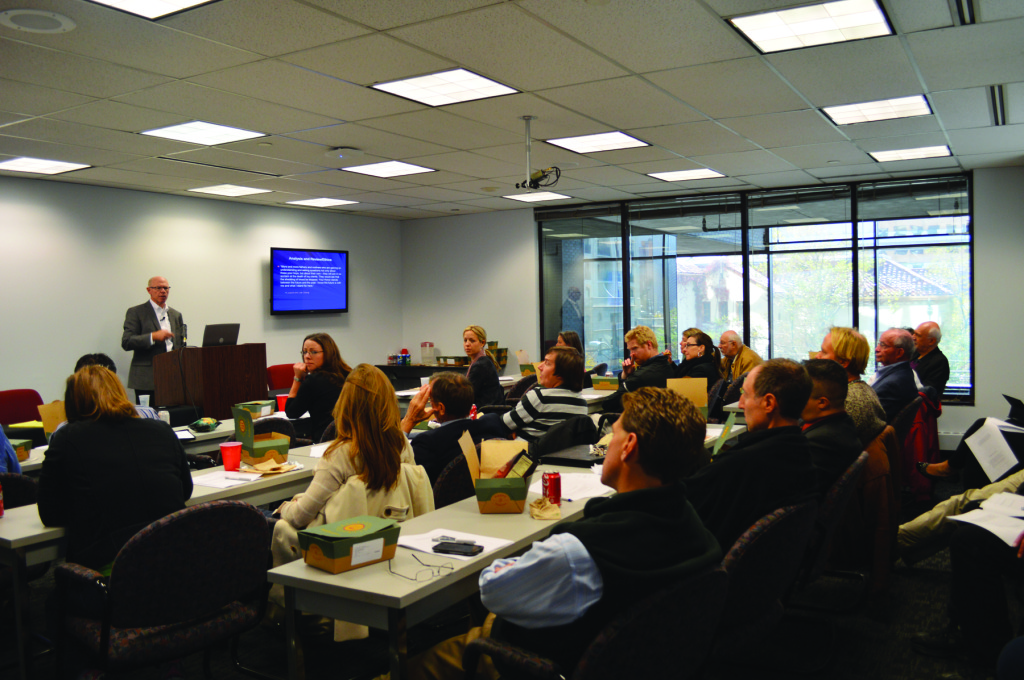 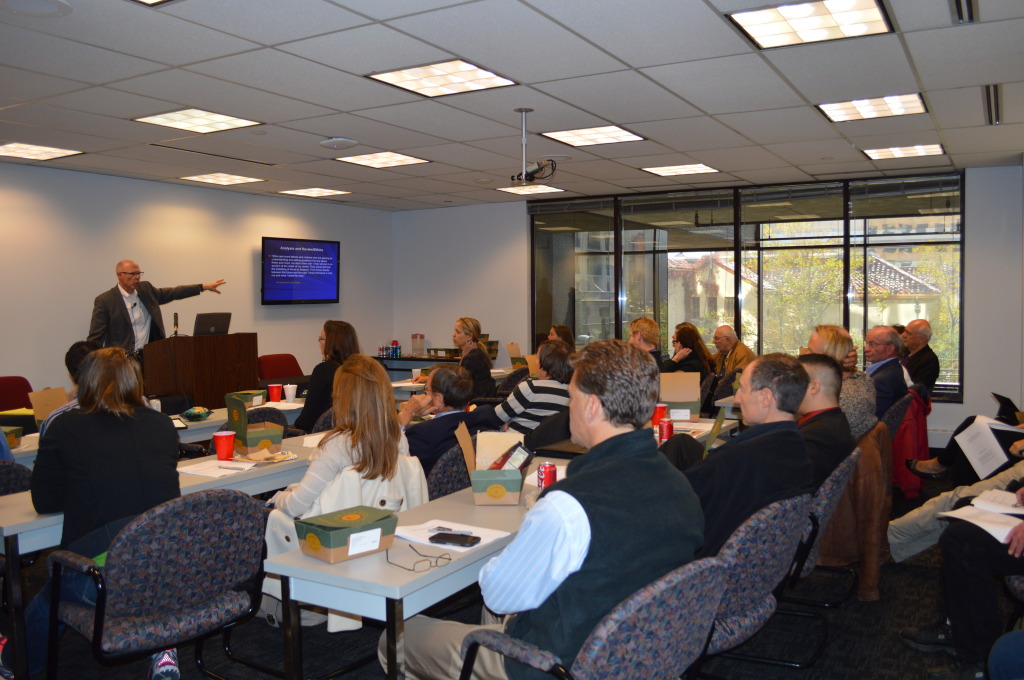