Barristers After Hours and Colorado Attorneys for the Arts 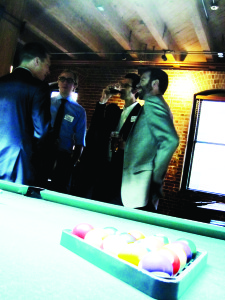 Networking in Action at Barristers After Hours.

On October 15, approximately 50 members of the Denver Bar Association’s Young Lawyers Division turned out for an arts-oriented Barristers After Hours at the Wynkoop Brewery. The sea of pool tables in the background was no competition for the networking possibilities and gastropub fare at hand. At 6:20 sharp, Mo Watson, Chair of the DBA-YLD, introduced Meredith Badler from the Colorado Business Committee for the Arts. Badler gave a succinct overview of Colorado Attorneys for the Arts (CAFTA), a new organization that aspires to connect limited-income artists and creative entities to attorneys offering pro bono legal services on specific arts-related matters. The enthusiastic response that CAFTA received during and after the event confirms that art, in all of its disciplines, has the potential to inspire lawyers to be agents of change in an area that is critical to the health of a flourishing society. 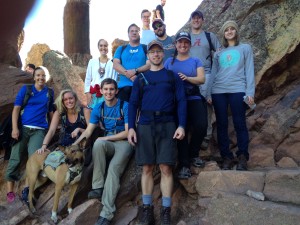 DBA-YLDers embark on a scenic hike.

The Denver Bar Association Young Lawyers Division hosted its first group hike on October 25. The 11 participants met at the Chautauqua parking lot and proceeded to the Royal Arch trailhead. The 3.2-mile hike was followed by an impromptu happy hour at Southern Sun. 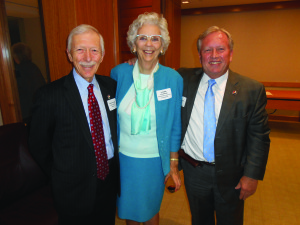 The Brooke Wunnicke (1918–2014) Memorial Scholarship Fund Committee hosted a reception on October 13 at Wheeler Trigg O’Donnell to honor and toast to this legal pioneer and legend. Wunnicke practiced trial and appellate law for more than 60 years. Her unwavering commitment to ethics has left an indelible mark on the legal profession. Wunnicke’s accomplishments were far-reaching: She was also an adjunct professor at DU’s Sturm College of Law, a published author, an expert witness and a national speaker on legal ethics and professionalism. 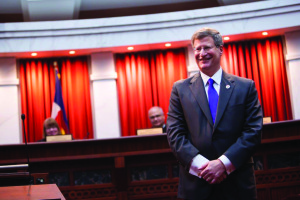 The Honorable Richard L. Gabriel was sworn in as a justice of the Colorado Supreme Court on September 1, 2015. His formal investiture took place on the afternoon of September 28; the judge presiding was Court of Appeals Chief Judge Alan M. Loeb. Governor Hickenlooper also attended the ceremony. Justice Gabriel previously served on Colorado’s Court of Appeals, which he joined in 2008. Gabriel replaced Justice Gregory J. Hobbs, Jr, who retired on August 31, 2015. 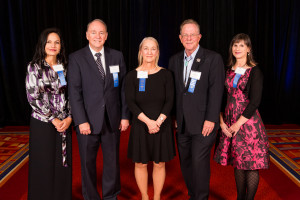 Proceeds from the dinner support the CJI Judicial Education Fund and other CJI programs. The Fund was established in response to cuts to state financial support for the continuing education of judges and court personnel. Since 2003, dinner sponsorships have contributed more than $375,000 to judicial education in Colorado. 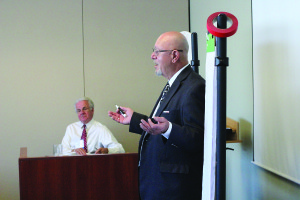 In early October 2015, 96 scholarship winners convened at the National Institute for Trial Advocacy (NITA) Education Center in Boulder. These public service advocates came from across the country to hone the trial skills that they need to represent their Legal Aid and Legal Services clients effectively at the state and federal levels. As NITA Program Director Mark Caldwell stated, “These programs are special because we know the participants will put their newly mastered skills to use immediately. Their increased confidence will help change settlements based on fear of trial to deserved victories that promote fairness and justice.” This legal advocacy training program exemplified NITA’s overarching commitment to improving access to justice at a point when Congressional funding for low-cost and free legal assistance is limited.