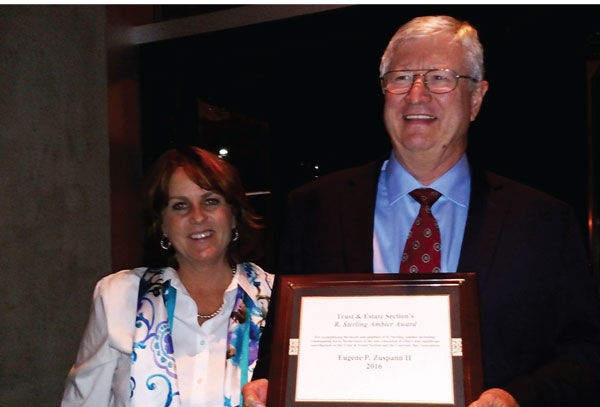 On September 15, the Trust and Estate Section held a dinner at Coohills in honor of this year’s recipient of the R. Sterling Ambler Award, Eugene P. Zuspann II. Darla Daniel, the section’s current chair, presented the award for outstanding contribution to the trust and estate practice in Colorado. The award is named after R. Sterling Ambler, an exceptional attorney who practiced law in Colorado for more than 50 years and who gave freely of his time and expertise to the legal profession until his death in 2004 at the age of 72. 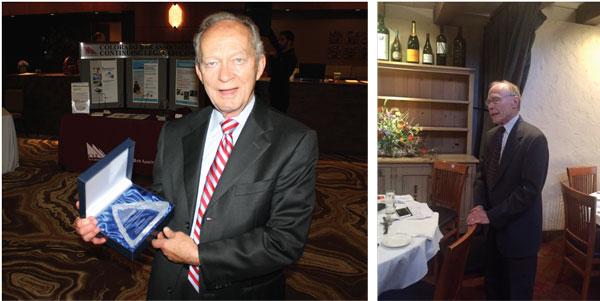 In 2014, the CBA Business Law Section created the Cathy Stricklin Krendl Business Lawyer Lifetime Achievement Award in recognition of her generosity of spirit and contributions to business law in Colorado. This year, the Business Law Executive Council selected two outstanding recipients for 2016: John Moye, founding partner at Moye White, and John McCabe, senior of counsel with Davis Graham and Stubbs. The awards were presented at a reception on September 15 at the 2016 Business Law Institute.

On September 8, 2016, the CWBA Foundation celebrated four women lawyers who “raise the bar by maintaining a significant and sustained commitment to pro bono services” at its 11th annual Raising the Bar dinner held at The Brown Palace hotel. Approximately 400 individuals were in attendance. This year’s honorees were Lucy Hojo Denson, Christina Gomez, Tamara Goodlette and Mari Newman.