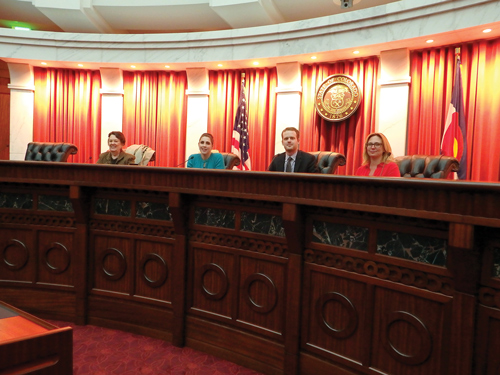 The Colorado Supreme Court held its annual Pro Bono Recognition Ceremony on April 15 in the Supreme Court Courtroom. The ceremony recognized the many law firms that have encouraged their attorneys to strive for the goal of providing 50 hours of pro bono work a year. Metro Volunteer Lawyers Director Philip Lietaer led a panel discussion with three MVL clients, focusing on the benefits of MVL and the far-reaching impact that it has on the lives of so many people in the Denver metro area. 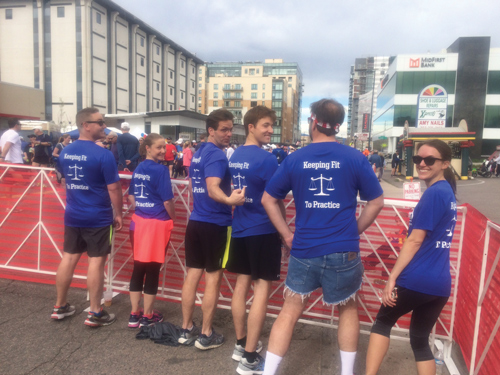 CBA members show they are prepared to be the front-runners.

A number of CBA members participated in the Cherry Creek Sneak race on April 23. Kevin Burns coordinated the CBA’s participation and also brought everyone together after the event. The race was a success from all angles, and the shirts were no exception.

The State of the Death Penalty Symposium — University of Denver 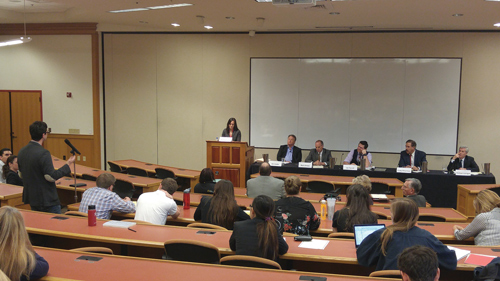 Panelists debating the state of the death penalty at the DU Criminal Law Review’s inaugural symposium. 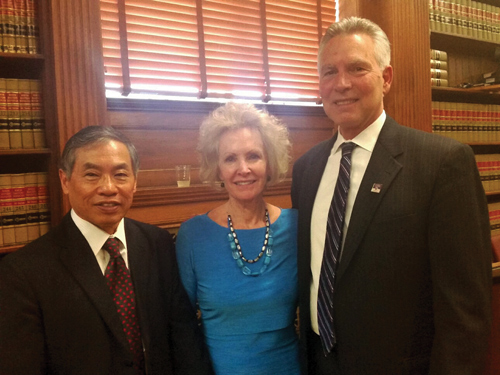 On April 7, the Denver County Court bid a fond farewell to retiring Judge Kerry Hada, who was appointed to the bench in December 2008 by then Mayor John Hickenlooper. Judge Hada has received many awards over the years and was named an Outstanding Judge in 2011 by Mothers Against Drunk Driving. His retirement celebration attracted family, friends, colleagues and other well-wishers from Colorado and several other states.