Left: Celebrating the DBA’s 125th anniversary in the place where it was founded. Right: Nancy Cohen and Justice William Hood reflect on the DBA’s history and the importance of Pro Bono Week.

For the past 125 years, the Denver Bar Association has thrived as a dynamic force in the legal community. DBA President Nancy Cohen seized upon this truth during her speech at the DBA’s 125th Anniversary Celebration, which was held on October 23 in the place where the bar association was founded: the Odd Fellows Hall. Since its inception, the DBA has witnessed women obtain the right to vote, the civil rights movement, the invention of the computer and many more historic milestones. At every turn of history, the DBA has shaped the future of law in Colorado. The event, which attracted 75 attendees, also put the spotlight on Pro Bono Week. The DBA has accomplished remarkable things and will continue to do so by harnessing the potential of its greatest assets — its members. 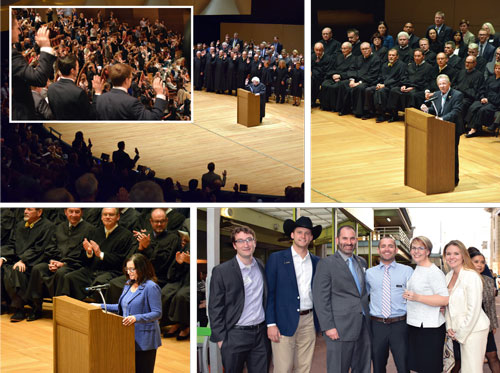 On the afternoon of October 31, the 583 individuals who successfully passed the July 2016 Bar Exam were recognized at a special ceremony at Boettcher Concert Hall. The ceremony included opening remarks from CBA President Patricia M. Jarzobski and the Honorable Marcia Krieger. Retired Colorado Supreme Court Justice Gregory J. Hobbs, Jr. gave a poignant and poetic keynote address highlighting the four pillars of the Rule of Law in Colorado. All lawyers then stood to take the Oath of Admission, which was administered by Chief Justice Nancy E. Rice. Immediately following the ceremony, new lawyers made their way to a special reception hosted by the bar associations. 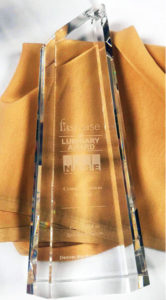 The February 2016 issue of The Docket, which featured The Super Docket pullout comic book celebrating Metro Volunteer Lawyers’ 50-year history, received a Luminary Award for Excellence in Special Projects from the National Association of Bar Executives. The Docket beat out 100 other outstanding entries. Congratulations to the team at The Docket and to the DBA!