More than 30 local law firm leaders met with the DBA leadership at Wheeler Trigg O’Donnell on January 26 to kick off the new Bar Ambassadors Program. The program is designed to bolster young and new lawyer membership in the DBA and other bar associations in Colorado by increasing awareness within Denver’s law firms of the programs, events, and leadership opportunities offered. The ambassador’s role is to serve as a communication resource between DBA leadership and members of their firm.

Reception in Honor of 50 Years of Judicial Merit Selection 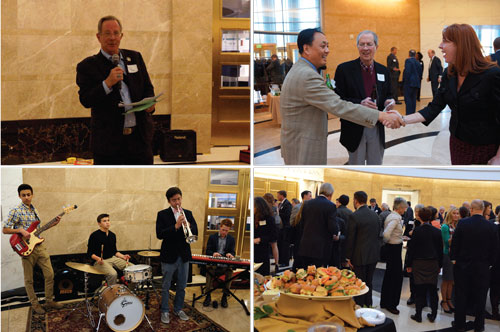 The DBA Bench Bar Committee sponsored a reception at the Ralph L. Carr Colorado Judicial Center celebrating 50 years of judicial merit selection. The event played host to more than 50 current and former judges, as well as approximately 200 members of the legal community. Music was provided by the Kent Denver Jazz Combo, and Justice Greg Hobbs was the spotlighted speaker of the evening. As Charley Garcia, immediate past president of the CBA, spoke of this convivial celebration, “It was a huge success. I recommend we make this an annual event. I have never seen so many judges having so much fun.” 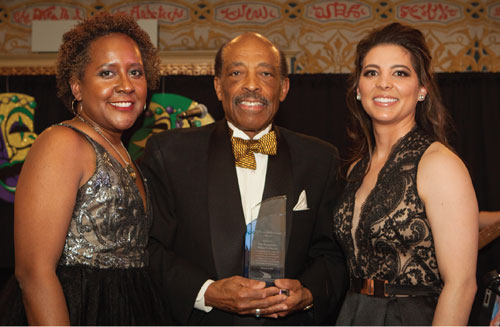 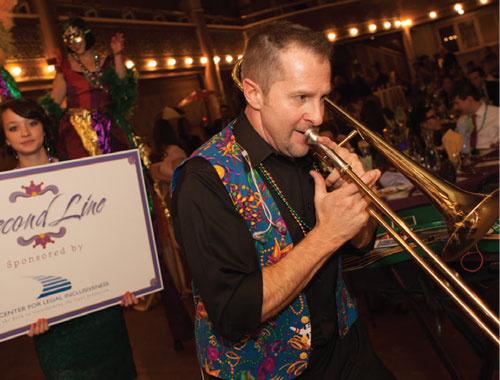 An authentic Mardi Gras experience, complete with a brass ensemble.

On February 6, the Center for Legal Inclusiveness (CLI) hosted its second annual Mardi Gras themed gala, aptly named “The Ball for All — Magical Mardi Gras,” at the Sherman Street Event Center in Denver. The swanky soirée culminated in the presentation of the Inclusiveness@Work Awards, which recognize those organizations and individuals who are fostering cultures of inclusion in their respective workplaces and communities. This year’s winner for the Law Firm/Legal Department Category was Davis Graham & Stubbs LLP. The Lifetime Achievement Award went to the Honorable Wiley Y. Daniel, who reminded the audience that we can accomplish the goal of an inclusive society by “staying humble and working together.”

Denver High School Students Have Their Day in Court 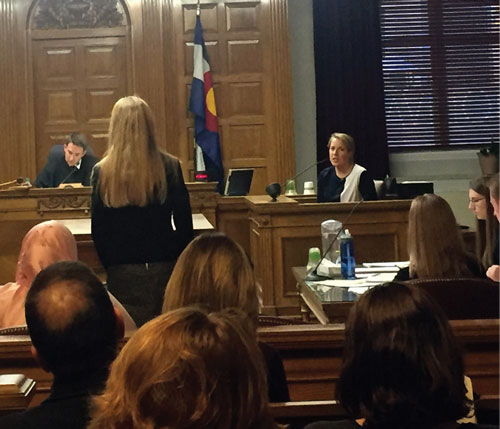 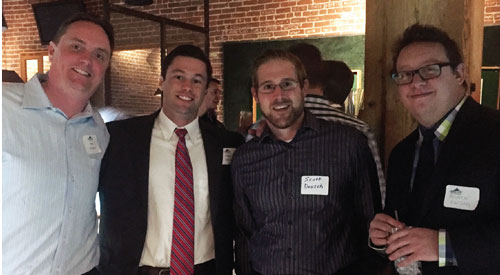 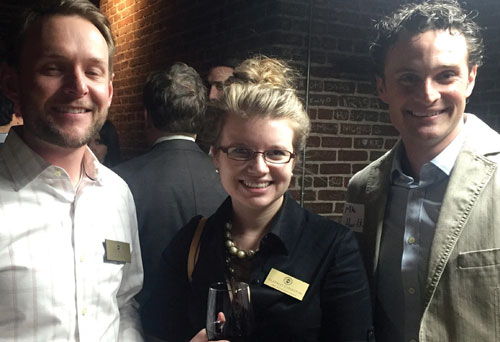 The Denver Bar Association Young Lawyers Division (DBA YLD) held its monthly Barristers After Hours at the Wynkoop Brewery on February 18. The event boasted complimentary drinks and appetizers, along with some quality networking. The February event, which attracted approximately 100 attendees, was held in partnership with the Young Brokers of the Denver Metro Commercial Association of Realtors, and several members of the Colorado Bar Association’s Real Estate Section also participated. 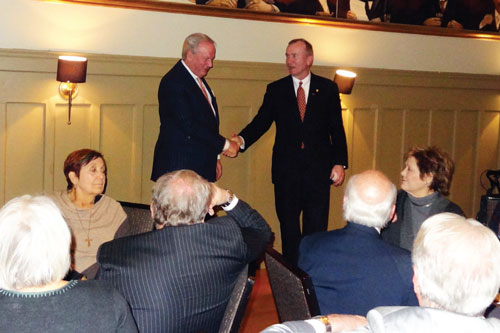 On the evening of February 24, DBA past presidents and their guests convened in the Oxford Hotel’s Sage Room for a dinner held in their honor. After enjoying a wonderful meal, Past President Dan McCune presented Immediate Past President John Vaught with a lapel pin in recognition of his outstanding presidency last year.