Metro Volunteer Lawyers started as the Thursday Night Bar (TNB) project, the collective brainchild of Donald Giacomini, Jerry Conover, and other young and distinguished attorneys, including Howard Rosenberg, the then director of the Legal Aid Society of Denver (LAS). MVL was initially a joint program supported by big firms, Legal Aid, the Bar Association and other high-ranking organizations. TNB operated much like today’s legal nights, with the exception that they also took the intakes to the Denver Bar Association. Over the next 15 years, DBA young lawyer volunteer attorneys, like Jon Nicholls, devoted their Friday mornings to assisting needy clients by reviewing their cases and directing them to people who could help.

In 1980, Jon Asher became the Director of LAS. The start of his tenure coincided with many changes in legal aid brought on by President Reagan’s administration. These changes included a nearly 66 percent cut in federal funding. Asher’s staff had just signed their first union agreement, and the organization was fraught with financial challenges. In 1981, LAS made several major changes, which included layoffs, office closures, and the consolidation and specialization of units. The Jeffco, Adams and Arapahoe Legal Aid offices remained open.

TNB was housed in the central office of LAS. Given the budgetary strains, Friday mornings were not the same: There was a small but steady group of attorneys who still did reviews, but the volunteers were not always willing to provide pro bono assistance. The coordinators decided that TNB needed its own staff. The staff made case reviews in a more straightforward manner with the help of on-site Legal Aid attorneys. Yet more complications and inefficiencies arose because TNB and Legal Aid had two separate screenings for each client. They determined that it would be best to centralize intake for both LAS and TNB. Chuck Turner, executive director of the Colorado and Denver Bar Associations, Jon Asher and Gina Weitzenkorn, TNB’s first director, worked on the integration of the systems, thereby ending the Thursday night intake.

The changes in process, management and resources led to the need to change TNB’s name to reflect its evolution and aims with greater precision. A contest was held in 1996 to rename the organization. The winning recommendation, Metro Volunteer Lawyers, continues to define the make-up of the organization to this day.

In 1996, Congress cut federal funding for legal aid through the Legal Services Corporation (LSC) by another 33 percent. While they had planned to cut all funding, that did not come to fruition. However, the restrictions on the services that Legal Aid programs could provide were an equally powerful blow. Changes that year included: a prohibition on lobbying; a prohibition on receiving attorney fees; a prohibition against providing legal services to undocumented people; and a prohibition on Legal Aid attorneys from filing class actions. In addition, the federal government pronounced that any organization receiving federal grants must agree not to use any money they received from other sources, such as grants, individual donations or state money, for anything that they would not be allowed to fund with federal money. The new policy was called “the Super Restriction.”

As a result of the changes to federal policy, many organizations gave up LSC funding. Others opted to create two separate programs — an LSC program and a non-LSC program. This enabled them to have two separately-funded nonprofit programs so that they could obtain LSC money for one and unrestricted funds for the other. Colorado did not have enough non-LSC money to create a dual system. Instead, LAS gave up some COLTAF funding to start the Center on Law and Policy to work with the Colorado Lawyers Committee to ensure that low-income Coloradans would still have access to non-restricted legal remedies. Another key component of maintaining legal remedies for low-income Coloradans was to maintain separate pro bono programs, such as MVL.

LAS and the other legal aid programs across the state later joined forces to become a single organization: Colorado Legal Services (CLS). CLS still houses MVL and conducts intake for both organizations. Even though MVL is co-located with CLS, MVL is staffed by Denver Bar Association employees who recruit volunteers, screen clients, match clients with pro bono attorneys and provide specialized clinics to serve as many needy people as possible.

The commitment to provide civil legal services to our neighbors with limited financial means started 50 years ago. While it has required flexibility and adaptation, the heroic determination to facilitate justice has never waned. We are proud to celebrate 50 years and look forward to the next 50 years to come. D 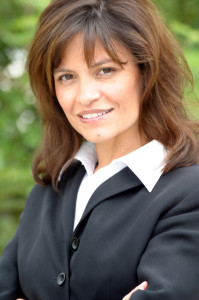 After eight years of service, Dianne A. Van Voorhees is the outgoing executive director of Metro Volunteer Lawyers. She is now a solo practitioner and part-time municipal court judge. In October 2015, she was awarded the Mayor’s Diversity Award for her work in serving the community. She is a member of nearly every local Denver metro area bar association and Access to Justice committee. Dianne can be reached at dianne@vanvoorheeslawoffice.com.