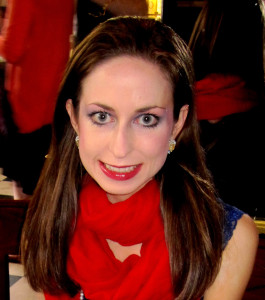 Superheroes come in many forms. Some wear billowing capes, some sport iconic masks and some take on inconceivable muscularity. Yet as with the powers of lawyers, the real strengths of superheroes do not reside in fashion statements or result from monumental muscle mass. Rather, the determination to use might for right earns them the “super” superlative in their titles.

Even if most lawyers (thankfully) don’t aspire to look like Superman or Wonder Woman (unless they are gearing up for this year’s Barristers Benefit Ball), lawyers are, by an extrapolation of definition, superheroes who use the might of the law for the right of their clients. For the past 50 years, Metro Volunteer Lawyers has served as a paradigm in this regard. These volunteer lawyers have championed the income factor in the access to justice equation by offering free and low-cost civil legal services to those in need in the Denver area. As this issue’s Super Docket insert will highlight, pro bono work — more than high-paying cases — makes lawyers “super lawyers.”

Colorado’s legacy of such “super lawyers” has been repeatedly spotlighted. On New Year’s Eve 2014, CBA Immediate Past President Charley Garcia penned a letter to President Barack Obama, per the recommendation of Judge Kerry Hada, nominating Colorado lawyer Minoru Yasui, who passed away in 1986, for the Presidential Medal of Freedom, the nation’s highest civilian honor. On November 16, 2015, President Obama unveiled a list of 17 individuals who had made exceptionally laudable contributions to the security or national interests of the United States, to world peace, or to cultural or other significant public or private endeavors. Yasui’s name joined the Hall-of-Fame ranks of other charismatic icons, from Steven Spielberg and Barbra Streisand to Stephen Sondheim and James Taylor. Yasui, unlike fellow “superhero” recipients Yogi Berra and Willie Mays, fielded the Presidential Medal of Freedom for reasons that were in a league of their own: He led a life committed to challenging the unjust treatment of Japanese Americans during World War II. As Christopher Kang, national director of the National Council of Asian Pacific Americans, spoke of Yasui’s posthumous honor, “This is a humble reminder not to forget the leaders of the past as we continue fighting for justice today.”

And with that conviction in mind, I hope that this issue and its special centerpiece will inspire you to be the “super lawyer” that you were born to be — the lawyer who rises to the occasion to champion injustices and who never shies away from the opportunity to uphold the unalienable rights for which this nation stands. After all, with great power comes great responsibility.