Sometimes the transition from being in control of your life to having absolutely no control is swift, but other times it is so gradual that you wonder exactly when it truly began. 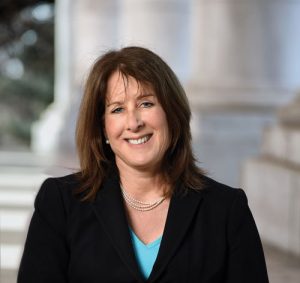 Transitions are not easy. Many of us would rather stay with what we know than risk the consequences of the unknown. Yet change is always in the air — whether it’s in the legal profession, at the Denver Bar Association or elsewhere in the universe.

The presidential election is a prime example of an episode that could result in far-reaching change. This election cycle was extraordinarily heated with allegations by the president-elect that the election was “rigged,” while others claimed that in locations other than Colorado, persons were prevented from voting because they could not get to the polling location due to disabilities, infirmities or intimidation. As a result, this transition will not be an easy one.

The notion of “rigged elections” is not new in American society. Other presidential elections have also been contentious. In recent history, many thought the Bush versus Gore election was unfair and flawed because of the problems in Florida. Gore lost that state by less than 600 votes. In the 1824 election between Andrew Jackson and John Quincy Adams, Jackson alleged that Henry Clay and Adams had worked together to persuade the Kentucky congressional delegation to change their vote, thereby preventing Jackson from winning. Jackson won the popular vote but not a majority in the Electoral College. The U.S. institutions were young in 1824, and the American spirit thrived. Americans, generally speaking, believed in their government and in each other.

After this election, wounds will need to be healed. There were probably many Thanksgiving dinners where any discussion of the presidential election was off-limits. I am reminded of Rabbi David Stern’s reflections on Yom Kippur and the need to welcome different points of view. He said: “What if we approached each other with humility to recognize that our utmost convictions will always be qualified by the limits of our own knowledge and understanding? In its haunting melody and strangely haunting legalistic language, we begin to sense the twilight truth: Our high horses too often stumble, and our soapboxes stand on shaky ground.”

I am an optimist and believe lawyers can help set the tone for the next transition by endorsing respectful and thoughtful dialogue about the changes in society and the problems Americans face. Lawyers can facilitate these discussions and find common ground. Lawyers must also address the rise in hate crimes and hateful language used against people who often are unable to defend themselves. Although the newspapers must have had a field day reporting Jackson’s accusations both before and during Adams’ presidency, the country did not have to live with 24/7 social media feeds that report the good, the bad and the ugly. Many of you are probably happy not to see or hear another political advertisement for any candidate for a very long time. But we will undoubtedly continue to watch syndicated news commentaries, late-night comedy and satire. The unfortunate aspect of all of this social media is the harsh, and at times hateful, language that is often used about people with different opinions.

Not only has social media played a critical role in this election, it has had a tremendous impact on the legal profession. Fifteen years ago, for example, a lawyer in private practice might not have been so concerned about the look and content of his or her website and social media presence. Paying close attention to social media is now vital. Law firms have sophisticated marketing departments or employ consultants to increase online visibility and impact. Lawyers blog and engage in a myriad of forums to let prospective clients know about the services offered. Lawyers check their Avvo ratings and are concerned if there are negative client reviews. This change will only continue in some new forum that we probably cannot fathom now.

Social media has certainly changed the way lawyers promote their services, but it is not the only transition facing the profession. Rapidly changing technology impacts how we practice law and manage our business. The expense associated with these changes is costly. Yet, if one fails to keep up, the loss can be great. You can embrace technology or ignore it at your peril. Regardless, technological advances will march on.

The aging of the profession is another transition we will have to address. According to Dan Negroni, author of Chasing Relevance, millennials represent approximately 36 percent of today’s workforce in the United States; by 2025, they will represent 75 percent of this same population. I hear experienced lawyers complain about millennials; yet this is a bad habit that each successive generation tends to perpetuate. Negroni explains why it is critically important for all lawyers to embrace different generational views and learn how to work together in an open and productive way that is essential to a successful law practice. In other words, be open-minded. Experienced lawyers can help the new generation and themselves be successful.

The Denver Bar Association is, like the legal profession, also in transition. Baby-boomer lawyers are retiring, and millennial lawyers do not join groups merely for the sake of joining. In recognition of this generational shift, a DBA committee was formed that spent part of the past two years studying what must be done so that we can continue being relevant for our members. After getting input from our members and the Board of Trustees, the DBA’s strategic plan was adopted in May 2016. (You can find it at denbar.org.) This year, the DBA is in the process of implementing the strategic plan by offering the services and programs our members want and need. To help us learn about you and get fresh ideas for the DBA, come meet me for coffee — my treat. You can tell me what is on your mind and what the DBA could do better. I will be at the Starbucks in the Wells Fargo Center at 17th and Broadway at 8 a.m. on January 5. I will also meet with lawyers at Law Bank at 3900 E. Mexico Avenue, Suite 300 on February 7. Each group is limited to 15 people. Let me know if you can join me for coffee by emailing nancy.cohen@lewisbrisbois.com. I look forward to hearing from you! In the meantime, Happy Holidays! D

2 Responses to “A Message from DBA President Nancy Cohen: On Transitions ~ December 2016/January2017”